Quartararo wins in “Márquez Territory” and strengthens his MotoGP lead 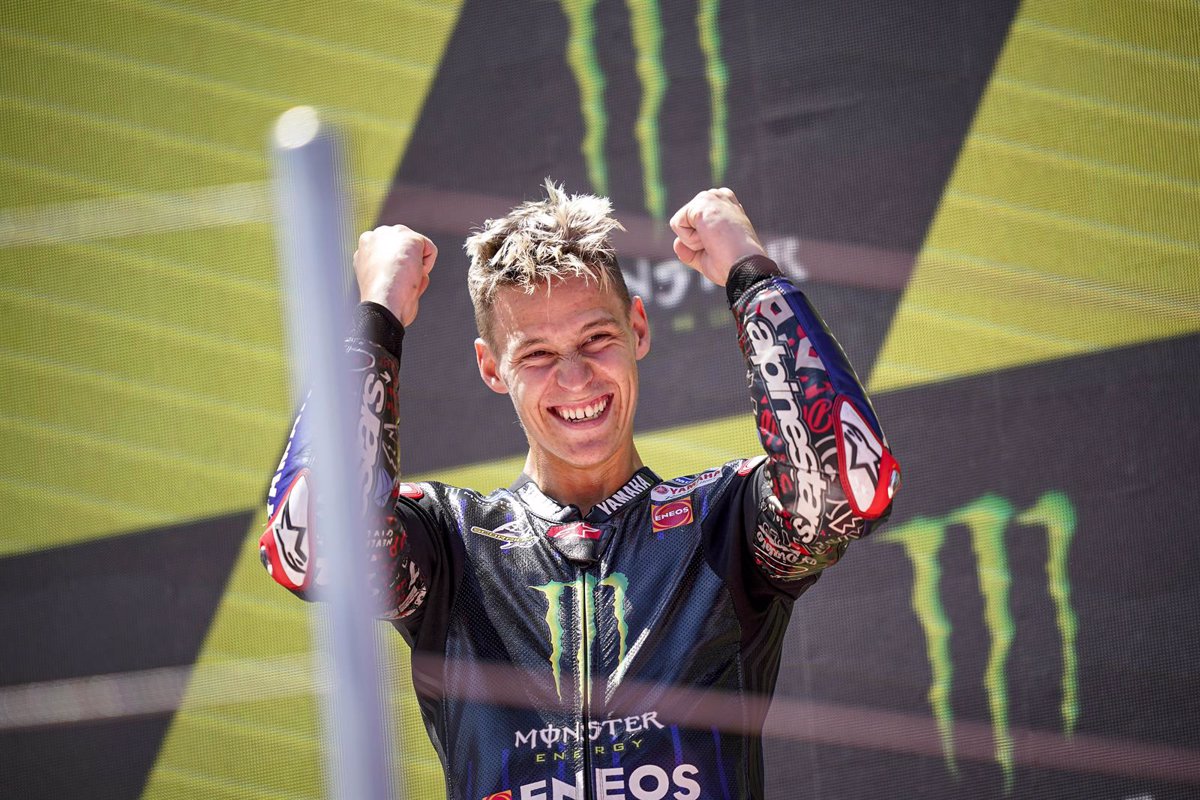 French rider Fabio Quartararo (Yamaha) signed a convincing victory in the MotoGP race of the German Grand Prix, the tenth round of the motorcycle world championship, this Sunday, a result that allows him to extend his lead in the premier class over the Spaniards to consolidate Aleix Espargaró (Aprilia), who finished fourth.

In the stead of Marc Márquez, whose injury and subsequent surgery prevented him from defending his streak of 11 straight victories at the Sachsenring, the Nice man has continued to lead the championship.

His first win on an anti-clockwise circuit makes him the first winner alongside Honda since 2009 – when Valentino Rossi won – and earns him 25 points, cementing him at the top of the standings, with a 34-unit lead over a Aleix Espargaró, who remained without a podium again.

The Catalan, who had started fourth, finished in the same position despite riding in third place for much of the race, but Australian Jack Miller (Ducati) threw him out at the last moment of the third pits. Johann Zarco (Ducati) was second, completing the French double at the German track.

No one could dispute the dominance of the ‘devil’ who won the match against Saturday’s ‘poleman’, Italy’s Francesco Bagnaia (Ducati) as soon as the lights went down to take the lead of the race. However, the battle was soon thwarted; ‘Pecco’ crashed at Turn 1 with 27 laps to go – at the same place and time as Joan Mir (Suzuki) crashed – leaving the Frenchman alone in the lead.

Meanwhile, Aleix Espargaró had moved up to third at the start to return to fourth while Zarco overtook and only Bagnaia’s crash put him back on the podiums. As Quartararo and Zarco consolidated their positions, the Granollers man tried to fend off a rising Miller, who finally managed to overtake him with just one lap to go.