Qatar Airways shows off a damaged A350 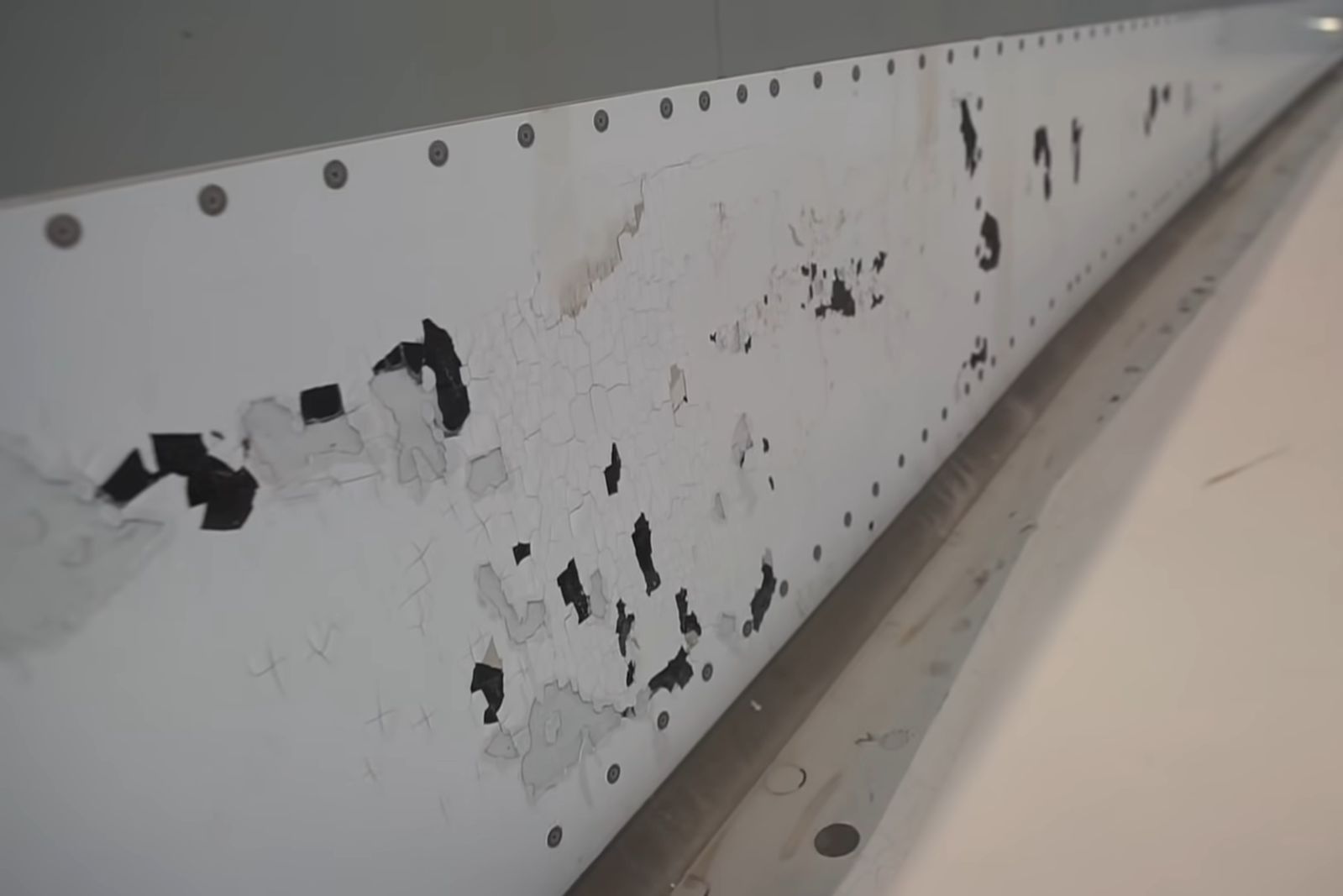 DOHA – Qatar Airways has grounded 23 Airbus A350s due to erosion damage. The airline has now granted journalists access to the affected aircraft for the first time. After an exchange of blows in a London court, Airbus and Qatar Airways are negotiating a settlement. output open.

The planes are at the center of a bitter legal battle between Qatar Airways and Airbus over brittle paint and cracks in the lightning protection net.

On the sidelines of the IATA General Assembly, Qatar Airways showed journalists from the “Reuters” news agency for the first time two affected A350s, including the A350-900 A7-ALC of the production year 2015.

The planes are parked in a maintenance hangar at Doha airport with erosion damage clearly visible.

According to Airbus, however, they would be relatively quick and easy to repair. After an exchange of blows in a London court in April, the origin of the problem is now well known: the material is constantly moving at different speeds under the paint.

“Different coefficients of expansion” of the composite material (CFRP) of the cell and the copper foil layer (ECF) of the lightning protection system cause “these two groups of materials to expand and contract at speeds different, which (…) over time leads to cracks in the overlying layers of paint, ”said the presiding judge.

Qatar Airways rejected the urgent requests, but Airbus did not emerge victorious from the hearing: the court located the origin of the A350’s construction defect.

Qatar Airways is now seeking more than US$1 billion in compensation. A main hearing is scheduled for the summer of 2023 – unless Airbus and Qatar Airways settle the case between themselves first.

The court ordered the parties join Qatar Aviation Authority QCAA – and work on a repair solution.

“We will continue to try”, confirmed the boss of Airbus Guillaume Faury Beginning of new settlement negotiations with Qatar Airways to the Bloomberg news agency. “These are not easy discussions.” A breakthrough has yet to be achieved.