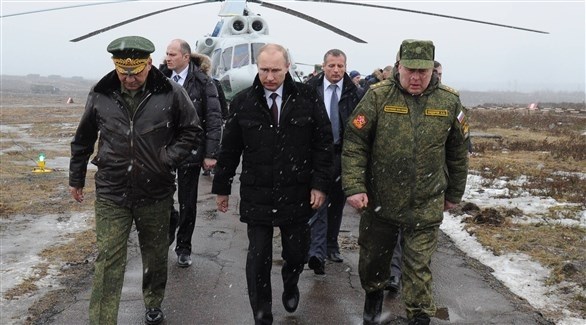 US national security analyst Anthony Cordesman says that no one can now predict the scale of the human tragedy that will result from Russia’s invasion of Ukraine, but what the US and its strategic partners can predict is that Russia will be a permanent threat. while as Putin remains or is in power.

Cordesman, emeritus professor of strategy at the American Center for Strategic and International Studies, says what is also clear is that while China may be less provocative and an outright threat, its competition with the United States represents a growing threat, and China is moving. from civil cooperation and competition to the possibility of a major military confrontation as well.

In any case, President Xi Jinping has shown that China can pose a more effective threat than Russia in the next decade, and President Xi already controls a much larger economy than President Putin.

Cordesman, who previously served as an adviser to the US Department of State and Defense on Afghanistan affairs, claims in the report released by the US Center for Strategic and International Studies that China is already superior to Russia in the construction of its armed forces.

Britain’s International Institute for Strategic Studies estimates that Russia officially spent $62.2bn in fiscal 2021, though that’s a high estimate on any comparable purchasing power basis, and the true figure could be as high as $178bn. millions.

Russia’s military spending is severely limited by its weak economy, and virtually nothing it can do in the face of lingering sanctions will allow it to compete, with the International Institute for Strategic Studies estimating $754 billion in the United States and more than $ 300 billion in Europe. NATO countries.

On the other hand, the World Bank estimates that Russia has partially recovered from the collapse of the former Soviet Union, as its gross national product rose from just $667 billion in 1998 to $1,416 billion in 2020, but this compared to $19,435 billion dollars for the United States in 2020, 14 times higher, and 13.886 billion dollars for the European Union, 9.8 times higher.

China has been increasing its official military spending figures for more than two decades, and in addition to its economic spending, it officially spent $207.3 billion on its military in 2021, according to the International Institute for Strategic Studies, and its purchasing power may have reached $332. billion.

Some estimates show that China could be on par with the United States by 2035-2040.

For all the talk of resuming the Cold War, says Cordesman, the reality is radically different.

The United States and its strategic partners now face two superpowers, not just one, posing both a global and a regional challenge.

A rising China is also on track to become the most dangerous threat on the way to becoming a dangerous nuclear power, modernizing its conventional forces much faster than Russia, and is a growing technological competitor to the United States and its partners.

Its Belt and Road initiative and global trade and investment efforts are a more effective way to harness its civilian economic might for strategic influence.

Cordesman concludes his report by saying that therefore the United States must do more than respond to the war in Ukraine and help rebuild NATO. The challenge is global and will increase year after year. The real lesson of the war in Ukraine is that the United States must now plan to cooperate with its strategic partners indefinitely into the future, in ways that counter Russian and Chinese threats.