Putin’s future ‘depends on the Russian people’, UK minister says after Biden calls for his removal 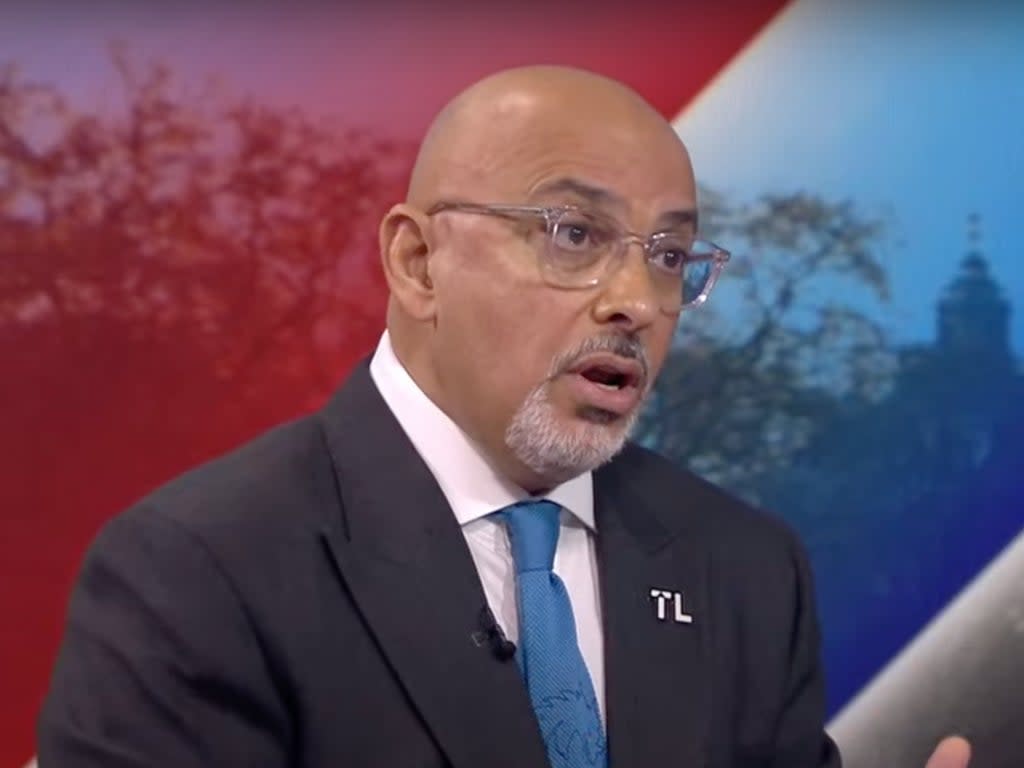 Regime change in Russia would be up to “the Russian people”, a cabinet minister in Boris Johnson’s government has said after an outcry over Joe Biden’s comments on the ouster of Vladimir Putin.

The British government has distanced itself from the US president’s apparent call for regime change in Russia after he said in an impassioned speech that Putin “cannot stay in power.”

The White House was quick to refute the US president’s comments, insisting that Biden was “not discussing Putin’s power in Russia or regime change” with the comments made in Poland.

Asked if the UK government agreed with Joe Biden that Vladimir Putin “cannot stay in power,” Nadhim Zahawi said: “I think that is up to the Russian people.”

Pressed further on the US president’s comments on regime change, the education secretary told Sky News ‘ Sophie Ridge on Sunday: “It is an illegal invasion of Ukraine and that must end, and I think that’s what the president was talking about.”

Pressed again on whether Biden was wrong in saying what he said, Zahawi said: “No, what I’m telling you is the White House has been very clear on this, the president gave a very powerful speech on this.”

He added: “I think both the United States and the United Kingdom agree that it is up to the Russian people to decide who should govern them.”

The cabinet minister said that the Russian people “are quite fed up with what is happening in Ukraine, this illegal invasion, the destruction of their own livelihoods, their economy is collapsing around them,” adding: “I think The Russian people will decide the fate of Putin and his cronies.”

But he refused to criticize Biden, unlike Tobias Ellwood, unlike the senior Conservative MP who chairs the Defense of the Commons Committee, who said Putin will now “turn this around, go deeper and fight harder.” .

Zahawi also backed Foreign Secretary Liz Truss’s view that Russia’s sanctions cannot be lifted until there is a full troop withdrawal from Ukraine.

He told Sky News: “I think the illegal Russian invasion has to end and the Russian military has to leave Ukraine, and it’s up to the Ukrainian people, they should be the ones to decide what that peace looks like.”

Truss said sanctions against Russian oligarchs, banks and businesses could be lifted if Putin ends his invasion and vows “no more aggression.”

The foreign secretary told the sunday telegraph A “negotiating unit” had been set up at the Foreign Ministry to help potential peace talks, but he warned that the threat of “sudden sanctions” would remain if the Russian president attacked again.

The White House was quick to downplay Biden’s comments in Poland on Saturday. “For God’s sake, this man cannot stay in power,” the US president said at the end of his speech about the Russian president whom he previously described as a “butcher.”

But a White House official tried to argue that the US president was only signaling that the Russian leader “cannot be allowed to exercise power over his neighbors or the region… He was not discussing Putin’s power in Russia, or a change of heart.” regime”.

The Kremlin responded: “That is not for Biden to decide. The president of Russia is elected by the Russians.”

Dame Margaret said: “I quite like what we’ve seen in Joe Biden. I know he gets a lot of criticism, but he strikes me as someone who has strong feelings and is inclined to just express them.

“I’m sure his staff and those around him are correct in saying that the United States is not calling for regime change, but I still think many people will sympathize with the sentiments that led him to say what he did.”

Richard Haass, a veteran US diplomat who is chairman of the Council on Foreign Relations think tank, said Biden’s comments made “a dangerous situation more dangerous” when the strategy should focus on de-escalation.

- Advertisement -
Share
Facebook
Twitter
Pinterest
WhatsApp
Previous articleGet on your bike? Not if some conservative councils have their way.
Next article🎓 What is the ADAO cryptocurrency and what does it have to do with Cardano