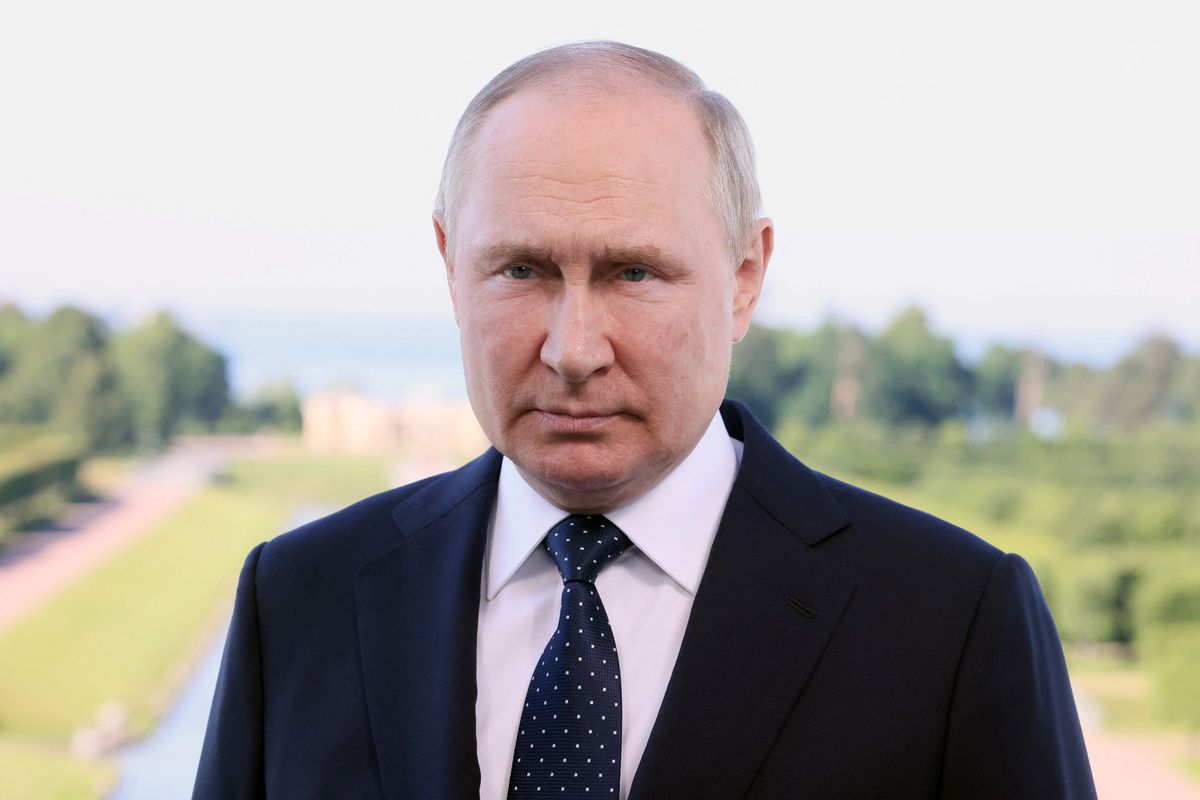 Contrary to some previous statements, Russian President Vladimir Putin has downplayed the importance of Finland and Sweden joining NATO, affirming that “it is not the same as Ukraine joining the Atlantic Alliance, they are completely different things”. The president, who during negotiations leading up to the Feb. 24 offensive called current Eastern European members’ exit from the alliance a red line and denounced that hypothetical NATO missiles in Ukraine could reach Moscow “within minutes,” he does not object to the fact that the military platform has extended its border with the Slavic country by 1,300 kilometers and has Saint Petersburg, Russia’s second largest city, next to it.

“Ukraine is very different. They have created an anti-Russian Ukraine, a tool to try to somehow destabilize Russia itself. They started fighting Russian culture, the Russian language, they started persecuting people who felt part of the Russian world,” he said Wednesday after the Caspian Summit in Ashgabat, capital of Turkmenistan. There the President added that “there is nothing comparable in Finland and Sweden, it is a completely different situation”.

The Russian president reiterated that Moscow was “not worried” about the Nordic countries joining the Atlantic Alliance, but warned that the Kremlin would respond to any military reinforcements in the region. “If they deploy contingents and military infrastructure there, we must respond symmetrically and create the same threats to the areas from which they threaten us,” Putin said.

However, this argument contrasts with statements made by Putin himself during negotiations with Washington prior to his offensive against Ukraine. Among other demands, Moscow highlighted as a red line that NATO must return to the pre-1997 borders, including expelling the Baltic states, Poland and Romania from its members, as a security guarantee for Russia.

“The thesis that we are fighting against NATO expansion in Ukraine but provoked it by admitting Sweden and Finland lacks any serious basis,” Putin defended on Wednesday. However, his concerns were different before. Thus, in November 2021, he emphasized that if “some attack systems appeared on Ukrainian territory, the flight time to Moscow would be seven to ten minutes, five for hypersonic weapons”.

Russian State Duma President Vyacheslav Volodin spoke about the statement “Russia will now have more NATO” made by the Alliance’s Secretary General Jens Stoltenberg on Wednesday: “It’s time to celebrate, didn’t he study geography in the school. If Finland and Sweden join the bloc, there will be more Russia on their borders,” he said on his personal Telegram account.

Putin reiterated on Wednesday that Ukraine is “not a goal but a means of protecting NATO’s interests.” He also defended the innocence of his troops in the attack on a shopping center in the central city of Kremenchuk with a preliminary tally of 18 dead. “The Russian army does not attack civilian targets, it is not necessary,” the president said.

According to the Kremlin, “no one shoots on the ground without reason,” blaming Ukraine. “They hide equipment, especially that coming in from the west, in all kinds of hangars, factories and workshops,” added Putin, who boasted that his armed forces have advanced equipment to determine what’s in the stores .

Putin added that his goal is to conquer the Donbass and “create conditions that will ensure Russia’s own security.” “There is no need to talk about deadlines,” warned the Russian President, emphasizing the reduction in the number of victims. After four months of fighting, Moscow has only twice submitted an official report on casualties among its troops. The last on March 25 with 1,351 deaths.

On the other hand, Putin was responding to British Prime Minister Boris Johnson, who had stressed days earlier that Russia “would never start a war” if it had been led by a woman. “I just want to recall recent history, when Margaret Thatcher made the decision to launch military action against Argentina over the Falkland Islands.” According to Putin, this war was “dictated by nothing less than imperial ambitions to confirm imperial status.”

Hours later, the Russian President also spoke at an event in St. Petersburg. Putin stressed the same ideas during his appearance, insisting that creating a multipolar world is “irreversible”. “Russia will continue to strive to create a more democratic and just world in which the rights of all peoples and the preservation of their civilizations and cultural diversity are guaranteed,” he assured.

China: “We will respond firmly and decisively to any action that undermines our interests”

China said this Thursday that it “strongly” opposes NATO’s new Strategic Concept, which it sees as “full of ideological bias and Cold War assessments,” and denounced that it “maliciously attacks and slanders China.”

“Thirty years later, NATO still continues with its tactics of creating enemies and fomenting bloc confrontations. This New Strategic Concept maliciously attacks and slanders China. We will respond firmly and decisively to any action that undermines our interests,” the spokesman for the Chinese Mission to the European Union said in a statement.

The new Strategic Concept, adopted in Madrid on Wednesday, warns that China is challenging allies’ “interests, security and values”.