Putin says he has “nothing against” Ukraine joining the European Union 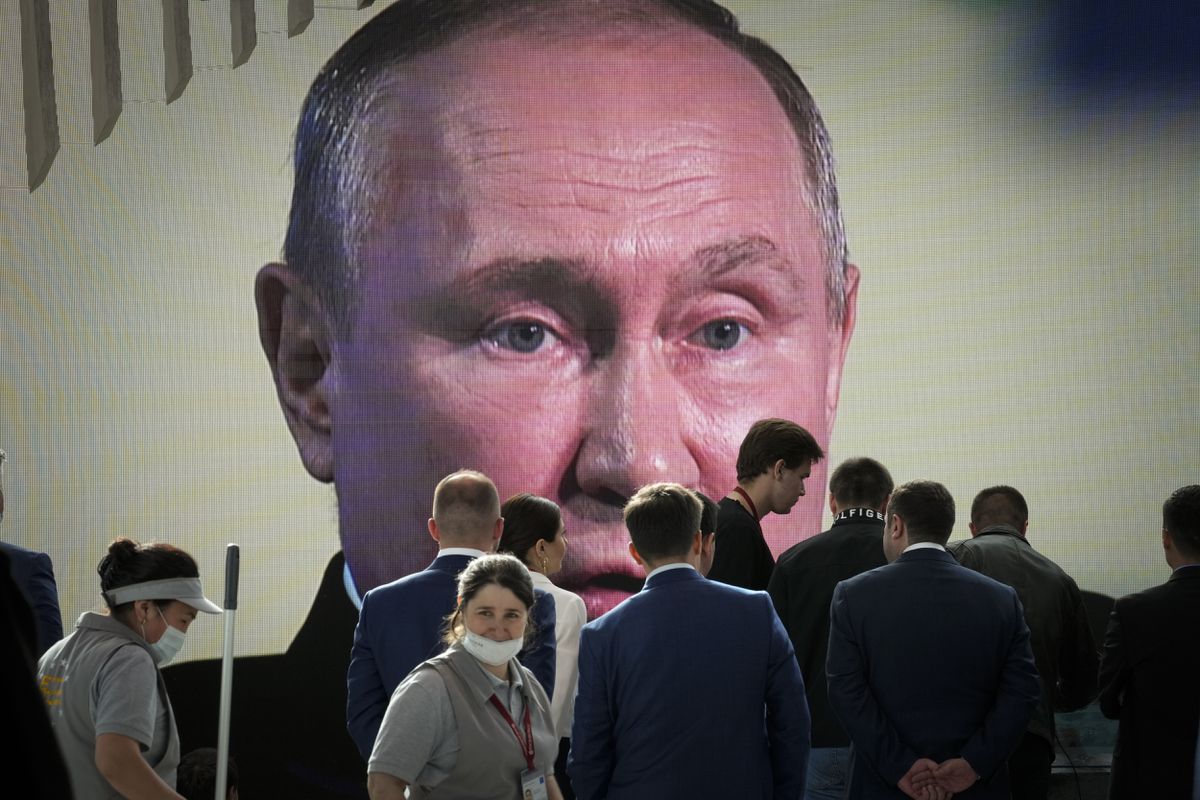 Russian President Vladimir Putin says he respects Ukraine’s accession to the European Union if the people want it. “It’s not a military organization, it’s a political bloc, unlike NATO, and we’ve always said it, here our position is consistent and clear: we don’t mind,” the Russian leader replied when asked at the close of the forum Petersburg became the future of a country that has been under fire from Russian arms for 114 days and that this Friday received the support of the European Commission to join the bloc.

Despite this seemingly conciliatory message, Russian Presidential spokesman Dmitry Peskov had stressed hours earlier that Moscow would be closely monitoring the Ukrainian integration process because the EU had recently started discussing “strengthening its defences”. In particular, the debate has intensified since February 24, when Russian troops crossed the border of another sovereign country.

During his speech, Putin assured that his goals will be achieved in Ukraine, while denouncing the visions of unipolar worlds “where there is a strong power with several states in its circle and where international rules are interpreted only in the interest of this one.” Makes. ”. Despite these criticisms, Putin, who wrote an article in 2021 in which he viewed Ukraine and Russia as historically indivisible, during the event belittled Kiev’s “choice as a civilization” in favor of the West because its leaders “only hide their attempts to protect its Prey.”

The Russian President addressed the reasons for the current economic crisis at the conclusion of the 25th edition of the forum, marred by the boycott of almost 150 countries for his military adventure. Putin reiterated that neither the pandemic nor the offensive caused the economic earthquake, but rather the G7’s “irresponsible macroeconomic policies” over the past few years, announcing the beginning of a new era.

“It’s a mistake to think that in a time of turbulent change, you can sit back and wait for everything to go back to how it was before. That won’t happen,” said the Russian leader, who spoke of “tectonic changes” in international relations and the economy and warned that confidence in international currencies “has been damaged by geopolitical ambitions.”

Putin predicted a new era in which the dollar and euro will decline. “The economics of imaginary entities will be replaced by the economics of real assets,” he predicted.

“The authorities of the major economies simply gave the printing house the money,” Putin said. “This money loses 8% per year, and the reserves can be confiscated or stolen at any time if the US does not like something about a country’s policy,” denounced the Russian president, referring to the freezing of reserves that the Slavic country had. before launching its attack. According to the President, this money is now being used “for food, energy and other commodities” and increasing international inflation.

Putin also explained that Western sanctions “were a double-edged sword” that will cost Europe about $400 billion over the next year while its economy has already stabilized. “The calculus was clear to crush the Russian economy in one fell swoop and it didn’t work,” added the Russian president.

“Inflation rise has exceeded 20% in some euro-zone countries,” Putin said, noting the case of Estonia, although the average price increase in the euro-zone was 8.1% yoy in May, according to the latest data from Eurostat, while in According to the Central Bank of the Slavic country, Russia’s case was around 17.5%.

Kazakhstan does not recognize Donbass

The conference was the icing on the cake of a forum that has lost a large proportion of its participants from previous editions due to the offensive on Ukraine. The President of China, Xi Jinping, and the leaders of Egypt, Abdel Fatah al-Sisi, and of Kazakhstan, Kassym-Jomart Tokáyev, also appeared briefly in support of Putin.

The leader of the Asian power stressed that cooperation between the two countries has “taken an upswing” in recent months. However, in a phone call with Putin last Wednesday, Xi Jinping limited his trade relations to what the restrictions allow. For his part, the Russian leader admitted at the event that they are not allies. “It doesn’t mean that China should follow us in everything,” he said.

The Kazakh president was clearer. “The sanctions are in place. We take these restrictions into account in our trade and economic strategies,” stressed Tokayev, whose government received military protection from the Kremlin during the January protests. The forum’s senior guest present also delivered another diplomatic “slap in the face” by refusing to recognize the self-proclaimed republics of Donetsk and Lugansk when asked to do so by the pre-Putin moderator.