Putin has ‘crossed the threshold of barbarism’ with the invasion of Ukraine: PM 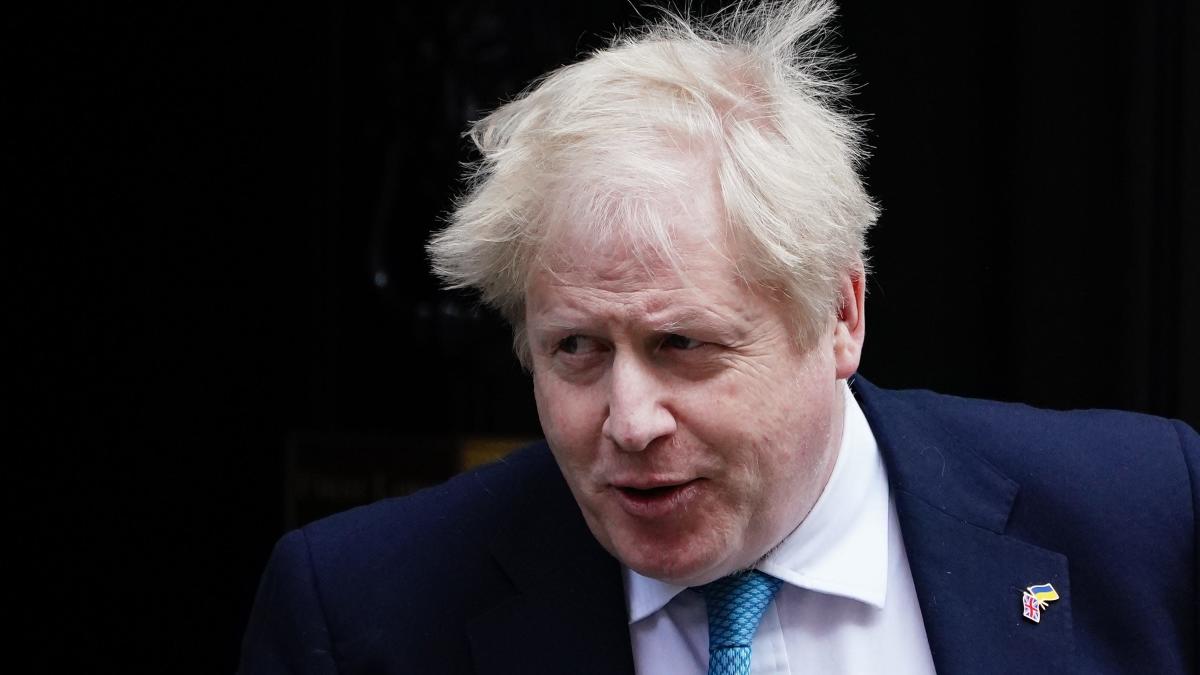 Vladimir Putin has “already crossed the threshold of barbarism”, Boris Johnson told ministers, as he faced calls to go further and faster to allow Ukrainian refugees to reach the UK.

The prime minister told his cabinet on Wednesday that the West “should not hesitate to go further in strengthening sanctions and providing more defensive military aid to Ukraine” in the face of growing aggression by the Kremlin in its invasion of the country.

Vadym Prystaiko told Sky News: “First of all, we didn’t have enough. So, we’re running out of weapons.

“That is what we will see in the next week.

“Tomorrow, President Zelensky will talk to NATO, to all of NATO, and we will see how we can replenish our stocks and what we can have that has a much longer range and is stronger than ever.

“We have enough weapons to stop tanks immediately when they get close to us.

“But to clear our land we need to have something with a much greater distance.”

His call came as Western officials warned there was a “grim reality” around the defeated city of Mariupol, where 100,000 people remain trapped with chronic shortages of food and clean water.

They reported evidence of significant bombardment from the air and from ground artillery using “dumb” munitions, meaning more civilian casualties.

“I think there is a grim reality around Mariupol with the kind of reckless and inhumane nature of the operation there,” an official said.

There are fears that if the city falls, it will free up Russian forces to join the offensive in the Donbas region in the east of the country.

Elsewhere, officials reported that the Ukrainians were managing limited counterattacks, destroying Russian equipment and capturing personnel, including a lieutenant colonel.

Foreign Minister Rishi Sunak told MPs on Wednesday that there was a “moral responsibility” to help Ukraine and impose sanctions on Russia, but that it would not be “free” for the UK economy.

Prystaiko also defended Johnson’s apparent comparison of Ukraine’s resistance to Brexit at the Conservative Spring Forum in Blackpool at the weekend.

But he added that the UK’s problems with the EU are incomparable to the war between Russia and Ukraine.

“You think you have problems with the European Union when you left, it’s not a problem,” he said.

“If you compare it to what we have with the Russians when we left the Soviet Union, they came to kill us for this decision.”

In the House of Commons, Johnson was under pressure to speed up support for those fleeing Ukraine to the UK.

Conservative MP for York Outer Julian Sturdy told Johnson he welcomed changes to the visa process to allow applications to be processed more quickly, but that the situation had escalated further since then.

In Prime Minister’s Questions, he said: “Our response still needs to move much, much faster, with a shift to processing applications in the UK, cutting red tape and red tape so we can match the scale of the worst crisis.” humanitarian aid in Europe since the Second World War. was.”

The prime minister said moving applications online had speeded up the process and that it was the UK’s “instinct” “to be as generous as possible”.

As of 5 p.m. Tuesday, some 15,800 visas had been issued under Ukraine’s family scheme, the Interior Ministry said.

A total of 33,500 applications have been filed so far, according to provisional data posted on the department’s website.

It comes as a third excerpt from a fake call between Defense Secretary Ben Wallace and an impostor posing as Ukrainian Prime Minister Denys Shmyhal that was posted on YouTube.

In it, Wallace discussed Ukraine’s previous wishes to join the NATO defense alliance, an ambition that has rankled the Russian leader.

The Defense Ministry has warned that the clips are “manipulated” pieces of propaganda published by the Kremlin, but officials have so far failed to remove them from YouTube.

Meanwhile, the UK’s former defense attache in Moscow has claimed warnings that Putin would go to war were consistently ignored in favor of the city’s banks reaping Russia’s corrupt wealth.

Retired Air Commodore Carl Scott said he warned of the “inevitability of conflict in detail, on a regular basis” during his time in Russia between 2011 and 2016.

He wrote in a letter to the Financial Times: “Everything was subservient to the City, everything served the interests of our lucrative state as a safe haven for corrupt and corrupting wealth.

“I despair at the decisions Putin has made, but even more so at the prospect of finding credible leadership at home in the UK among those who have long been committed to his regime and the wealth it offered.”