Putin ‘cannot stay in power’, says Biden during his speech in Warsaw 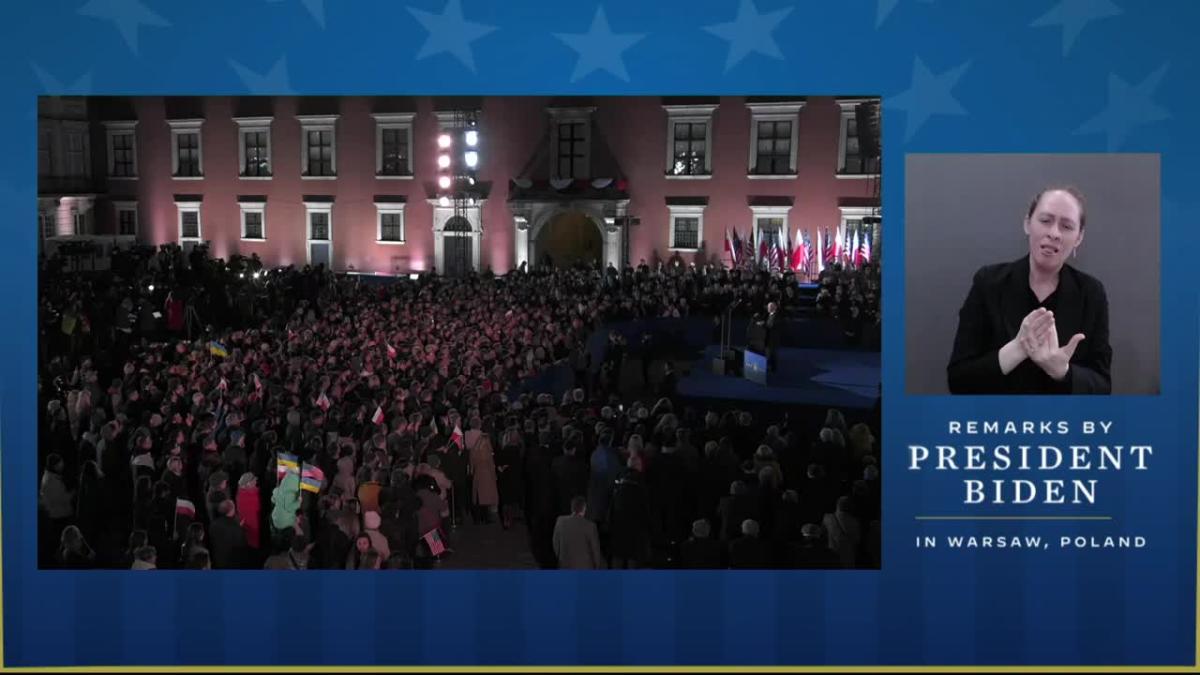 US President Joe Biden said his Russian counterpart Vladimir Putin “cannot stay in power” during a speech in Warsaw, Poland on Saturday, March 26.

“My message to the people of Ukraine is the message that I delivered today to the Minister of Foreign Affairs and the Minister of Defense of Ukraine, who I believe are here tonight: We are with you. Period,” Biden said, addressing the crowd at the Royal Castle in Warsaw.

“A dictator bent on rebuilding an empire will never erase a people’s love for freedom. Brutality will never break his will to be free. Ukraine will never be a victory for Russia… For God’s sake, this man cannot stay in power,” Biden continued at the end of his speech.

Following the comments, a White House official said the president was referring to Putin exercising power outside of Russia. “He was not discussing Putin’s power in Russia, or regime change,” the official said. Credit: President Biden via Storyful

JOE BIDEN: –generation. Let us remember that the hammer blow that brought down the Berlin Wall, the power that lifted the Iron Curtain, was not the words of a single leader, it was the peoples of Europe who fought for decades to liberate themselves, their sheer courage, to open the border between Austria and Hungary for the Pan-European Picnic. They shook hands on the way to the Baltic. They defended solidarity here in Poland. And together, it was an unmistakable and undeniable force of the people that the Soviet Union could not resist. And we are seeing it once again today with a brave Ukrainian people, showing that the power of many is greater than the will of any dictator. So in this hour, may the words of Pope John Paul burn so brightly today: “Never lose hope, never doubt, never tire, never be discouraged. Do not be afraid.” A dictator bent on rebuilding an empire will never erase the people’s love of freedom. Brutality will never kill the will to be free. Ukraine will never be a victory for Russia because free people refuse to live in a world of hopelessness and darkness. We will have a different future, a brighter future rooted in democracy and principle, hope and light, decency and dignity, freedom and possibility. For God’s sake, this man cannot stay in power. God bless you all, and may God defend our freedom. And may God protect our troops. Thank you for your patience. Thanks. Thanks.