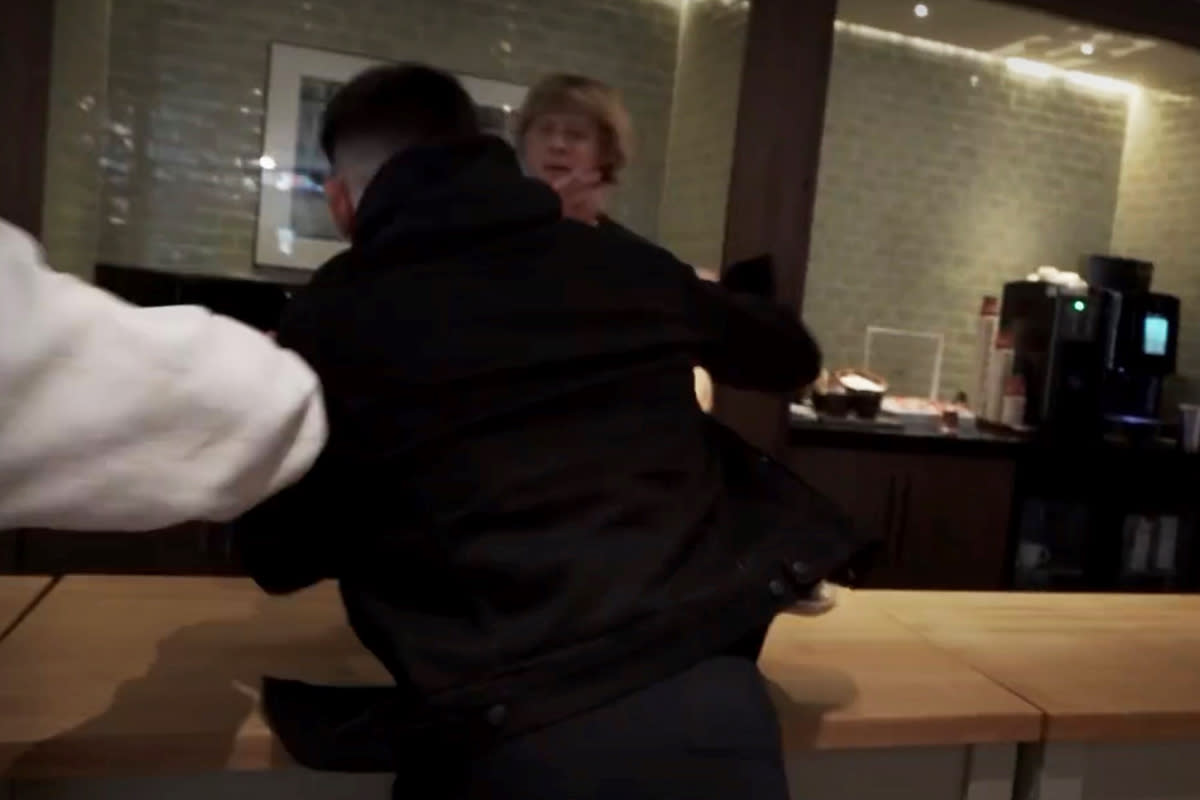 An altercation between the two fighters occurred at the host hotel in London on Tuesday before their respective fights on Saturday, with punches and bottles being thrown. Nothing too serious seemed to happen before crews and security split the two fighters up.

Below is a video of the brief fight posted by Topuria:

Topuria (11-0 MMA, 3-0 UFC) and Pimblett (17-3 MMA, 1-0 UFC) have history. They have been fighting online for about a year, which initially escalated when Pimblett targeted Georgian fighters in online attacks. Topuria was especially upset with Pimblett when the Englishman made fun of the Russo-Georgian war that killed many Georgians, including members of Topuria’s family. Pimblett later apologized for his comments.

“My reaction when someone took this as a joke when in that war a lot of innocent people died, we are talking about children and people who had nothing to do with it,” Topuria told MMA Junkie earlier this week. “So for someone to laugh at that, and it is also a painful subject for me because my relatives and many of my compatriots died in that war. So it’s not something I like and that’s where it all started.

“And what can I say about someone who makes fun of that? He is an idiot and immature. If he thinks I’m going to back down when he sees it, then he’s dead wrong. He needs to pray that we don’t cross paths because I’m going to go crazy.”

Pimblett is set to compete against Mexico’s Rodrigo Vargas in the co-main event of the undercard, while Topuria is scheduled to compete in his first fight at 155 pounds against Jai Herbert.