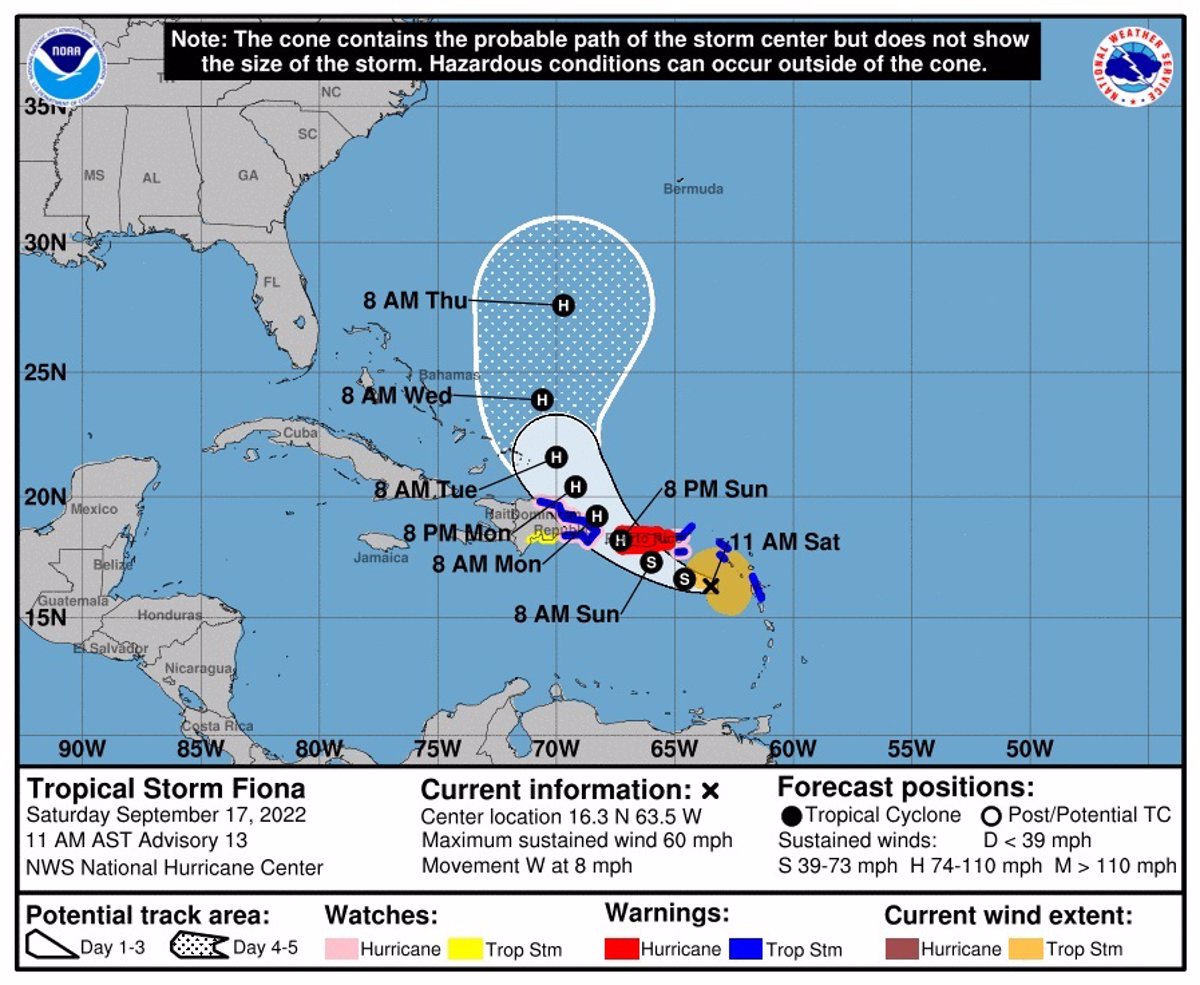 The government of the Dominican Republic and the governor of Puerto Rico, Pedro Pierluisi, announced this Saturday the declaration of a state of emergency due to tropical storm Fiona.

The Directorate of the Dominican Government’s Emergency Operations Center (COE) has reported that almost half of the country’s territory is on maximum red meteorological alert.

Maximum sustained winds of 95 km/h have been recorded and are expected to increase in intensity as it moves away from Guadeloupe and through the waters of the Caribbean Sea.

As a result, up to twelve Dominican provinces are now on Red Alert. Eight are on Yellow Alert and the remaining eleven are on Green Alert.

In the case of Puerto Rico, Pierluisi also declared the Dry Law and activated the National Guard between 6:00 p.m. Saturday and through Sunday.

“It is important that we remain calm but that we actively ensure our safety and that of our families, especially those living in flood-prone locations,” Pierluisi said at a news conference held by Puerto Rican newspaper El Nuevo became Dia’.

Department of Public Safety Secretary Alexis Torres will be the officer in charge of coordinating emergencies, the governor said, who has warned they are prepared to seek a federal emergency declaration.

In addition, 15 shelters have been set up in 10 municipalities: Dorado, Bayamón, Toa Alta, Toa Baja, Guayanilla, Peñuelas, Adjuntas, Ponce, Culebra and Guánica. Three people are refugees. In total, Puerto Rico has 365 shelters with a capacity of 74,500 people.

“Fiona” could be a hurricane or close to it if it moves south-southwest of the island and south-east of the Dominican Republic between Saturday night and Sunday morning, according to the National Hurricane Center’s bulletin at 8:00 a.m.

Previous articleHamburger SV vs Fortuna Dusseldorf: Here’s how you can watch the best 2nd Division match on TV and live for free
Next articleXavi: “You have to keep up the illusion and keep working with humility”