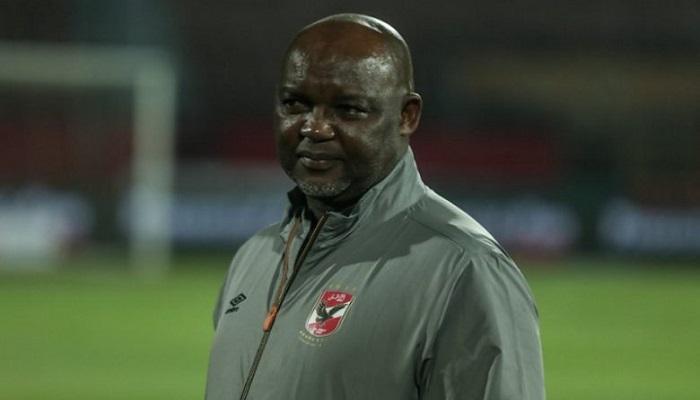 Egypt’s Al-Ahly manager Pitso Mosimane launched a psychological war against his former team, South Africa’s Sun Downs, after losing to him in the African Champions League.

Mosimane lost back-and-forth to his former team Sun Downs 1-0 to keep the South African side on the verge of qualifying for the quarter-finals with two matchdays to go in the group stage.

On the other hand, Al-Ahly has two games against Sudan’s Al-Marikh and Al-Hilal in Cairo, who are level with him on 4 points, and he needs to achieve a positive result in them to decide the ranking.

After the defeat in Johannesburg, the Al-Ahly coach warned his rival, Sun Downs, of the fate of Paris Saint-Germain, eliminated from the Champions League from the round of 16 despite their brilliance in the group stage.

Musimani said in remarks published by South African newspapers: “The group stage is a tricky stage, you can win all six games, but with the transition to the playoffs, you will find yourself facing Moroccan Wydad in the midst of 50,000 spectators of their fans.” , or go to play among 50,000 spectators against a Tunisian team”.

He added: “I hope that public assistance is open in Egypt, because we often play in specific numbers.”

“Sun Downs has a chance to win the Champions League title for the first time since 2016 (when he led it alone to the title). Many years have passed and a lot of money has been invested. Last January, Sun Downs’ budget Downs bids exceeded what Al-Ahly spent.”

The Al-Ahly coach continued his psychological warfare by saying: “The pressure is now on Sun Downs, because they won back and forth against Al-Ahly (the title holder), so they are bound to win the Champions League. And if he doesn’t win the title, it will be a new version of Paris Saint-Germain.”

Pitso Mosimane concluded his remarks by saying: “Losing in the group stage is possible in football, but the most important thing is to win the title. A difficult task awaits us, but we are capable of winning against Mars and then Al-Hilal.” . Al-Ahly is always able to overcome difficulties.”