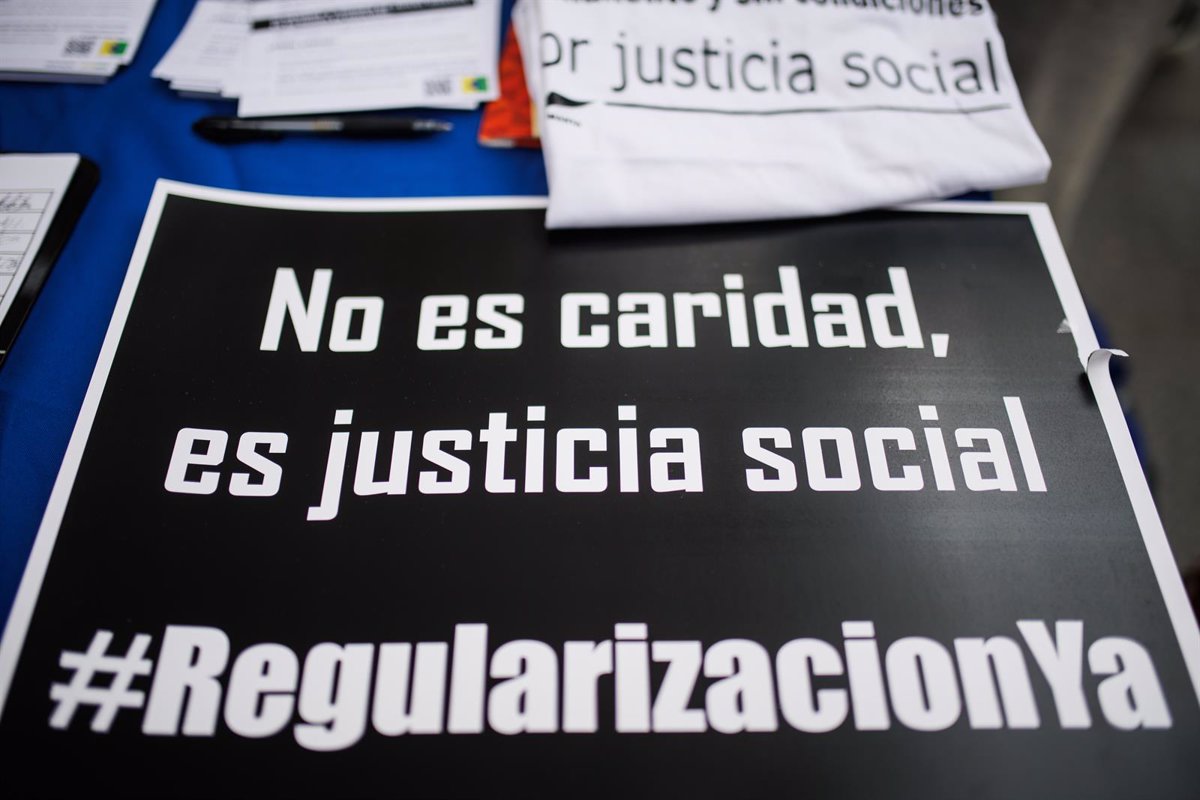 The PSOE and the PP this Thursday in Congress rejected a motion calling on the government to legalize foreigners living in Spain and to conduct an investigation to “cleanse” responsibilities in relation to what died on 24.

This is an ERC-sponsored initiative to reflect the demands of the “Regularization Now” movement for general regularization of more than 500,000 people with irregular administrative status living across the country.

“Because they are people, our neighbors and neighbors, they are the essential workers, because they want to help keep society in decent conditions; because they deserve to be on the radar of public policies that affect us all. But also through memory, for history, for their own rights and for social justice”, the independent formation collects in the entered text.

However, the motion, voted on in this plenary session of Congress, includes a United We Can amendment that calls on the executive to “take responsibility” for what happened on June 24 at the Melilla border fence, both from the Spanish as well as by the Moroccan government to clean up.

The text added by the Purples also calls for guarantees to be guaranteed that relations with Morocco are based on respect for the human rights of migrants and for “legal and safe pathways” to be put in place that guarantee the physical and moral integrity of migrants and refugees.

ERC, United We Can and EH Bildu were the only groups that voted in favor of this initiative compared to votes against PSOE, PP, Vox, Ciudadanos and PNV. Canarian Coalition and Teruel Exists abstained from voting.

- Advertisement -
Share
Facebook
Twitter
Pinterest
WhatsApp
Previous articleBerlin is negotiating a bailout for Germany’s largest gas company amid growing fears Moscow will shut off the gas tap
Next articleWeb-Weaver, the first LGBTQ+ Spider-Man, is touted by Marvel as the next Spider-Verse variant