Psaki mocks Russia for sanctioning President Biden’s father, ‘may he rest in peace’ 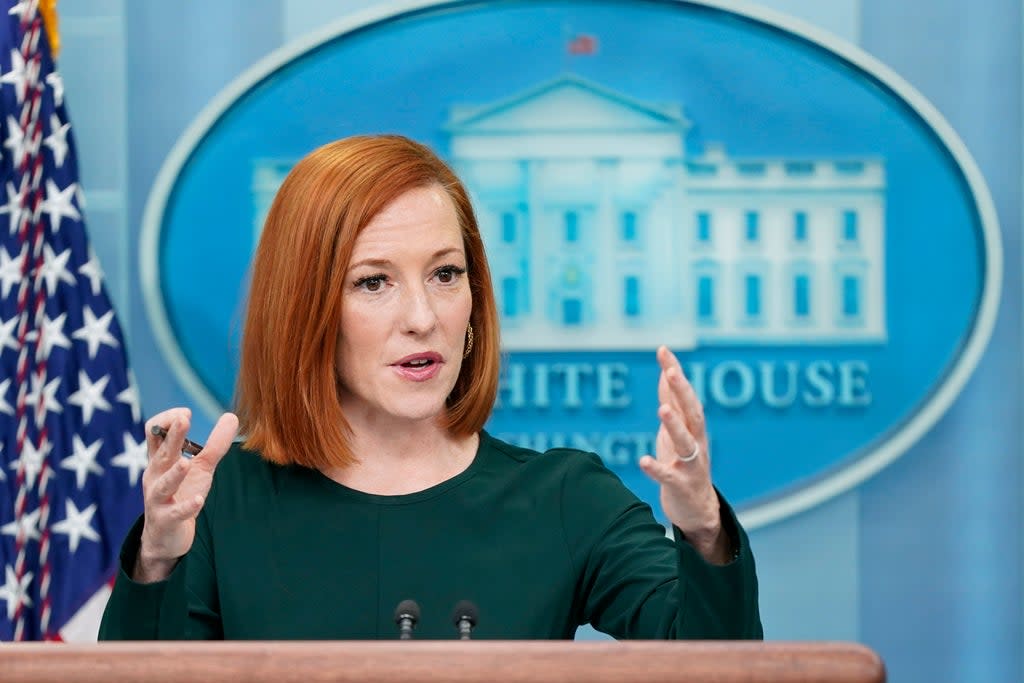 “I would like to first point out that President Biden is a young man, so his father may have been sanctioned, may he rest in peace,” Psaki told reporters Tuesday.

The president’s name is Joe Biden, jr, not senior, as the Russian Foreign Ministry wrongly labeled him. Earlier on Tuesday, the country announced sanctions against several US officials, including Biden and Psaki herself, preventing them from entering Russia. Mrs. Psaki seemed unperturbed by this punishment.

“The second piece I would say is that it won’t surprise any of you that none of us are planning tourist trips to Russia,” he said. “None of us have bank accounts that we can’t access. So we’ll move on.”

In a Twitter post, the Russian Foreign Ministry made it clear that it was retaliating for US sanctions against the Russians.

“In response to an unprecedented series of sanctions barring, among other things, senior Russian officials from entering the United States, as of March 15 of this year, the Russian ‘block list’ includes @JoeBiden, @SecBlinken and other US figures. on the basis of reciprocity”, the ministry tweeted on Tuesday.

Since the invasion of Ukraine began last month, the United States and other nations have imposed harsh sanctions on Russia. The measures have devastated the country’s economy, and experts believe Moscow will soon default on its debts.

Sanctions have also specifically targeted Russian President Vladimir Putin and his inner circle, freezing their assets and barring their entry to some countries, including the US.

The wording of Tuesday’s statement made it clear that Russia’s sanctions against American leaders, past and present, are intended as a response to those measures, “on the basis of reciprocity.”

However, as some experts have pointed out, such reciprocity has its limits. While many Russian oligarchs are dependent on Western financial institutions, most Western officials do not feel the same trust in Russia.

“Russia has sanctioned Joe Biden and a number of top American officials,” said Max Seddon, head of the Moscow bureau of the financial times, explained mockingly on Twitter. “The main impact of this is that now they can make cheesy jokes on cable news about how they won’t be able to access their Russian bank accounts or go on vacation to Siberia, I guess.”

Meanwhile, Clinton seemed to take the news of her punishment well.

“I want to thank the Russian Academy for this Lifetime Achievement Award,” he said. tweeted.