Proud to participate in the liberation of Ukraine from “neo-Nazis” 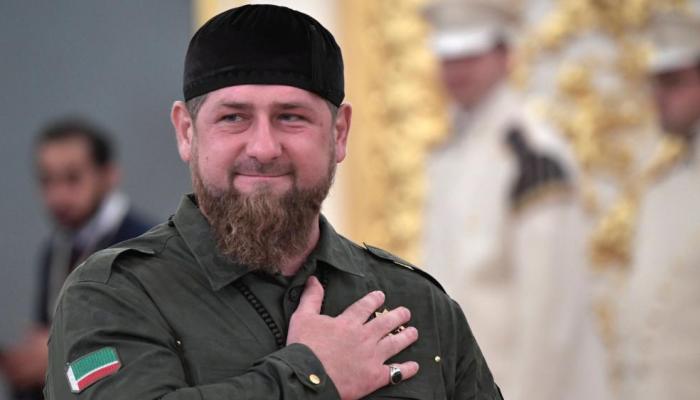 Chechen President Ramzan Kadyrov said that Russia did not start a war in Ukraine, but ended a war that lasted eight years.

The president of Chechnya explained that neo-Nazi groups have become more active in Ukraine and are the ideological heirs of the nationalists who in 1941 swore allegiance to “Nazi leader” Adolf Hitler, joined Nazi Germany and have been hostile to Russia since the 1940

Kadyrov added during an article for “Al-Ain News” that “there is no war in Ukraine, but there is a special operation being carried out by the Russian Federation, in which units of the Chechen Republic are participating to carry out their duties. as well”.

On the reason for Chechnya’s entry into that battle and the goals he wants to achieve, Kadyrov says: “Russian President Vladimir Putin clearly explained the goals of the operation in Ukraine, which are to protect the democratic republics of Donetsk and Lugansk, eliminate the military infrastructure accumulated thanks to NATO, and destroy the Nazi formations. This will ensure the safety of everyone.”

He added: “Russia does not set itself the goal of occupying Ukraine, and the people of Ukraine will decide their own destiny without the participation of neo-Nazis and Western influence, and Moscow adheres to this policy throughout the world, with respect to any country; it defends the rights of countries to self-determination”.

The Chechen president also added: “I am proud to be a part of an important and historic event, the announcement by Vladimir Vladimirovich Putin of the special operation, which marks the beginning of the end of the suffering of the civilian population in Donbass, adding: ” There are also people from the Chechen Republic,” they declared, at the united front, expressing their readiness to defend the motherland, Russia.

“We have been watching the provocations of the Ukrainian leadership for a long time and we are watching patiently, because the Russians and the Ukrainians are basically one people, but the voice of reason has not been heard,” Kadyrov added with a professional smile. . clown, he unthinkingly declared his unwillingness to abide by the Minsk agreements, blatantly disregarding diplomacy.

“France and Germany, which played the role of guarantors of these agreements, abandoned their international obligations and gave kyiv the opportunity to act at its own discretion,” he added.

The whole world also continued, according to the Chechen president, to see how the United States and NATO supplied weapons to the Ukrainian army to continue the war in Donbas and Lugansk, where people who did not want to be under the illegal regime of the countryside were exposed every day. days for 8 years.

He adds that “Ukrainian President Zelensky, a very good professional actor, which cannot be said of him as a politician, and I want to note that a strong leader makes his country what it is, he will never allow himself to be used as a puppet.” , he will firmly and resolutely defend the interests of his people.”

“But what about Zelensky? With such a ‘leader’, I deeply regret the people of Ukraine, who were forced to pass these tests due to the stupidity of their ruler and the influence of the empire of lies in the Western world.”

On the recognition by the Russian president of the independence of the Donetsk and Lugansk regions as republics, he said that the signing of these historically important documents in the Kremlin put an end to the bloodshed and terrible violence to which 4 million people in Donetsk and Luhansk Regions in Ukraine for eight years.

He continued: “The proud Chechen people welcome the citizens of the Donetsk and Luhansk republics,” stressing that Chechnya “is an inseparable part of the Russian Federation. Our country has the right to embrace our religion, observe our historical customs and traditions.” , preserve them and restore our historic landmarks and values.

He went on to say: “We are building mosques, madrasahs and schools to memorize the Koran, and the Chechen language is officially the state language, just like the Russian language in Russia. It is also forbidden to offend the feelings of believers, write and publish offensive cartoons.” to the prophets and saints, and homosexual marriage and bad western customs are not allowed, we have our own constitution, our anthem and our motto”.

Kadyrov also predicted that “the ongoing operation in Ukraine will end in the near future,” adding: “Our soldiers successfully penetrated deep into the area of ​​operations without encountering valuable resistance, moreover, they received a lot of military loot, including encrypted equipment. and media”.

“I foresee the imminent defeat of the Nazi regime in Ukraine. Ukraine will once again assume obligations to fulfill the status of neutrality, recognize Russian sovereignty over Crimea, and recognize the independence of the Donetsk and Luhansk People’s Republics.”

The Chechen president also said: “I am sure that Russian President Vladimir Putin will solve this problem very soon and will do everything in his power so that the people of Ukraine can breathe a sigh of relief, start a normal life and get rid of the national conflicts. traitors.”

He added: “If it weren’t for the Russian military’s concern for civilians, Russia would have completed the operation in one or two days, so this is a special operation and not a war.”

He continued: “At the same time, Ukraine has enough forces and means to make at least one so-called ‘dirty bomb’, and in case nuclear weapons emerge in Ukraine, the time for the missiles to reach Moscow will be only a few 4 minutes.”

And with these factors posing a threat to the strategic security of our country, the President of Russia not only made a completely natural and correct decision, but also made the only correct decision: to recognize the Luhansk and Donetsk People’s Republics and launch a special military operation to disarm and denazify Ukraine.

The Chechen president stressed that “the facts I mentioned about the development of biological weapons in Ukraine will pose a threat not only to Russia, as it could have led to World War III, and the development of nuclear weapons, and the use of biological weapons. “. Weapons will affect the whole world, and Russia today does not protect the river. Not only the Donbass and its future, but also a global catastrophe on a global scale.

- Advertisement -
Share
Facebook
Twitter
Pinterest
WhatsApp
Previous articleThe wounded Ismaili seeks to escape from the bottom in the absence of Al-Ahly and Zamalek
Next articleWhat to do if the state requires that you return the short-time subsidy?