Protest against the war on TV: New procedure against journalist 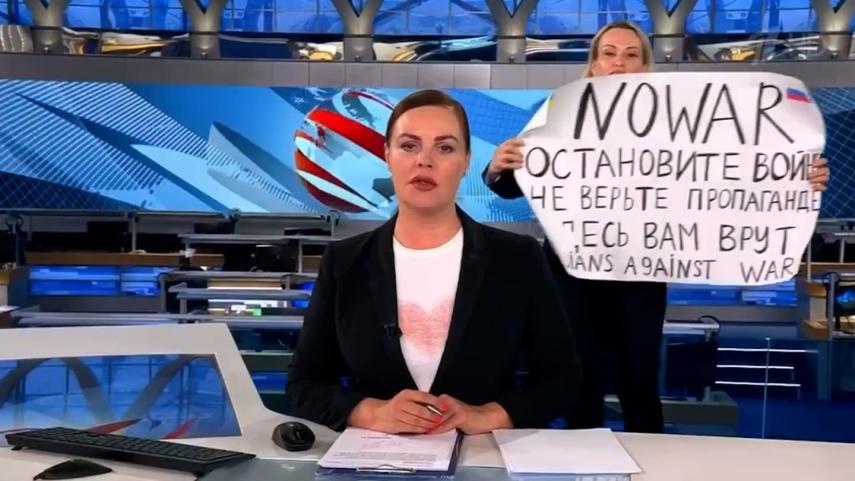 Moscow (AP) – Due to her sensational live protest on state television against Russia’s war in Ukraine, a new trial has been opened against former TV editor Marina Owsyannikova.

Under a new media law, the 44-year-old faces a fine of up to 50,000 rubles, the equivalent of about 465 euros. This is reported by the Interfax agency, citing the competent Moscow court. The law provides for a maximum of 15 years in prison for alleged misinformation about Russia’s armed forces. Therefore, it was initially feared that Owssjannikova could face a much more severe punishment.

“Do not believe in propaganda. Here they will lie to you»

Almost two weeks ago, the former employee of the First Channel held a sign in front of the newscaster for the camera. He said: ‘Stop the war. Don’t believe the propaganda. They’re lying to you here.”

In Russia, it is officially forbidden for the media to talk about “war”, “invasion” or “invasion” in neighboring Ukraine. The Kremlin specifies the term “special military operation” as a language regulation.