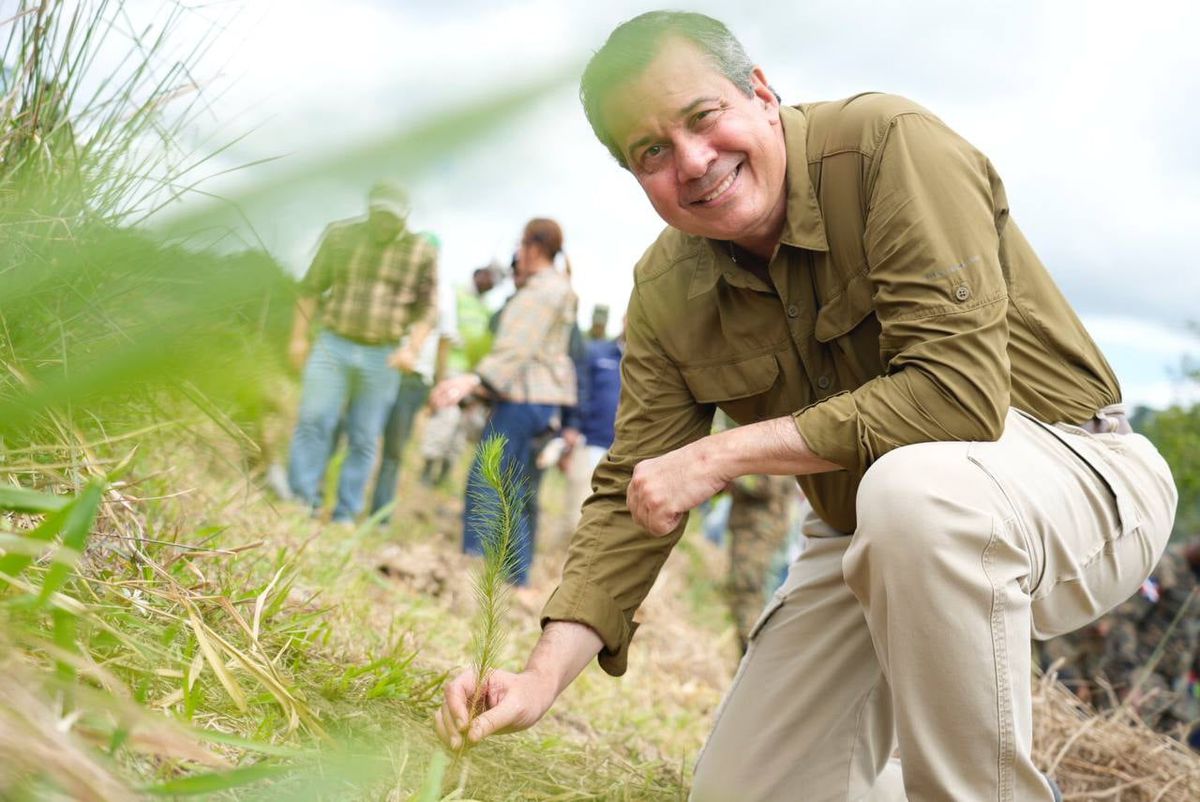 In the last year of his life, Orlando Jorge Mera became obsessed with undertaking a project he would never complete. The environment minister planned to more than double the size of the Dominican Republic’s marine protected areas, aware that Caribbean countries like himself are more vulnerable to climate change than the rest. His goal was to make the announcement at the UN Oceans Summit, which is taking place in Lisbon these days, but he was shot dead in his office on June 6 before he could do so. In honor of his memory, the Dominican Republic and Colombia this Tuesday unveiled the creation of a binational marine reserve that will bear his name and fulfill his desire to protect 30% of Dominican waters.

In an interview with EL PAÍS a few days before his death, Mera reflected on the importance of moving forward to protect the Dominican Republic’s seas. “Caribbean countries are not among the biggest producers of greenhouse gases, but we are among the most vulnerable,” he said from Sweden, where he was celebrating the 50th anniversary of the Stockholm Declaration. Against the hustle and bustle of such meetings, his voice was clear and determined. “We suffer from sargassum, coastal erosion, coral degradation and we are victims of illegal fishing. All of this compels us to redouble our efforts to ensure that future generations of Dominicans can enjoy an ocean with greater strength and marine biodiversity.”

Although he can no longer see it, the Dominican Republic is now closer to achieving it thanks to the announcement of the protection of the Beata Marine Mountains, an ecosystem shared with Colombia that has formations more than 4,000 meters deep. Unique species of coral, mollusks and migratory birds can be found in it, so conserving them is vital, says Milagros De Camps, Deputy Minister for International Cooperation. “I was very excited about this project, I followed it daily. He had a very close relationship with the Colombian minister [de Medio Ambiente] and it was a huge illusion for him,” says the official, who still has a hard time talking about Mera in the past tense. “This announcement is in honor of his memory, his important legacy.”

News of the minister’s assassination came as an unexpected slap in the face to De Camps and everyone around him. He received no threats. There seemed nothing to indicate that an old childhood friend was going to shoot him at point-blank range in his Santo Domingo office on a hot morning in early June. Miguel Cruz raged after he had to stop mining materials for his cement plant for failing to comply with environmental regulations. The minister had applied the same law to his friend as to everyone else: in one year of his tenure, he processed more than 2,000 sanctions for environmental violations, far more than the 500 imposed in the past 20 years. “He wasn’t afraid. He always said that everything was solved with dialogue and that he acted in accordance with the law,” said the then deputy minister.

Mera’s commitment was reflected in the countless meetings and phone calls with Chilean environmentalist Maximiliano Bello of the organization Mission Blue, with whom he worked hand-in-hand to implement the protection announcement. The minister wanted the Dominican Republic to “become the catalyst for a movement affecting all Caribbean countries to create marine areas that exceed 30% protection,” agrees Bello, who was already in Lisbon to attend the summit who also owned Mera planned to come. The politician wanted to follow in the footsteps of Panama, which last year took an important step to protect its seas by creating a marine reserve in the Coiba Mountains that is almost as large as its entire land area.

Mera was convinced that preserving the Dominican Republic’s marine biodiversity also means safeguarding the livelihoods of its residents. “There is tourism that wants to know our oceans, our corals, and we need to increase our tourism offer to this public, which is growing every day. On the other hand, we also need to improve our fishing capacity to be able to preserve the marine wealth we have and to be able to live off the sea,” he affirmed. His work made it clear that he would do anything to achieve this goal: in addition to the Beata Reserve, Mera planned with the Chilean environmentalist to create another sanctuary in the Banco de la Plata, a key area for humpback and sperm whale aggregation .

After the announcement at the Summit of the Oceans, Maximiliano Bello acknowledges that the great challenge now is to ensure that the new marine protected areas are respected. And without the Dominican Republic’s environmental watchdog to take care of it, the task becomes more difficult.