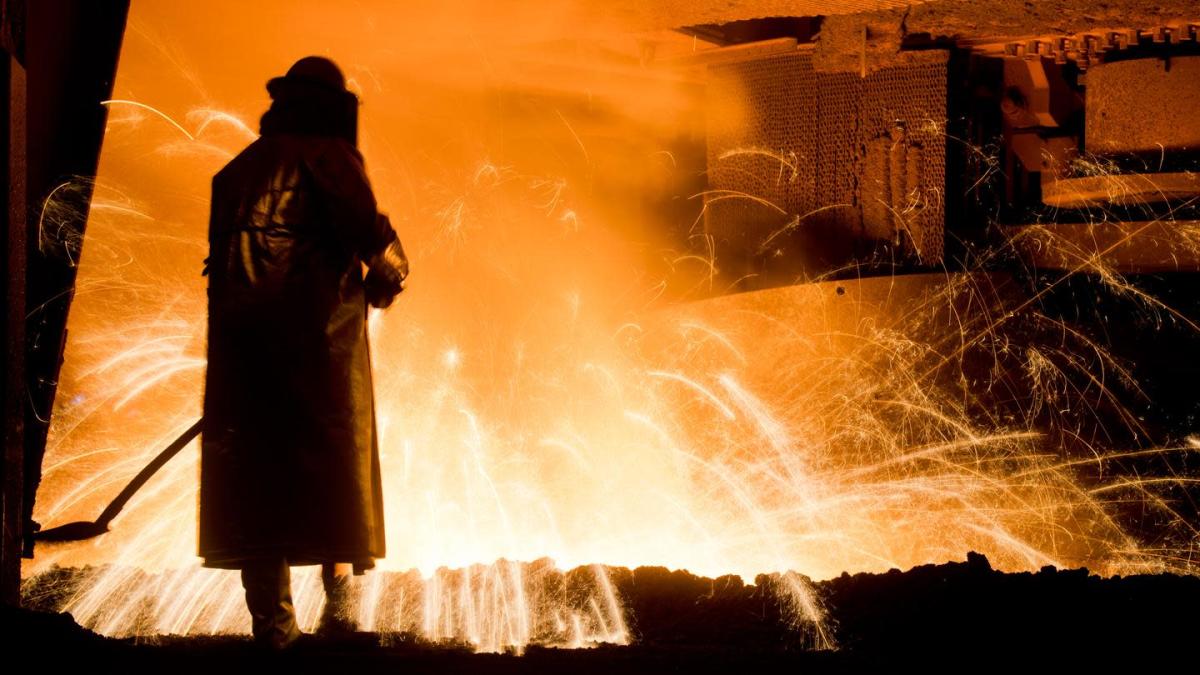 In the end, doing nothing is more expensive: the German economy can cope with a Russian energy import ban. All that is needed now is a quick decision.

Should Germany voluntarily refrain from importing oil and gas from Russia? Economy Minister Robert Habeck thinks this is emotionally correct, but warns against an abrupt ban on imports because the consequences for the economy are too great. An international team of authors took a closer look at the economic implications and disagreed.

According to polls, support in Germany to end energy imports to finance the war has ended Russia big. But the politicians hesitate. The concern is that the lights could go out in Germany if Russian oil and gas stay away. Germany wants to help Ukraine, but it shouldn’t hurt.

Politicians of all stripes have in recent days discovered their duty of care, whether it’s for homes with gas heating or those with a large scroll in the garage. Business associations warn of serious consequences. The industry in particular paints a bleak picture of the economic fallout and strictly advises against an embargo on Russian energy. But how much would it really cost us to get out of dependence on Russian gas?

To assess the impact, it is first important to know how big the impact that awaits us would be. We have tackled this question together with a group of international researchers. About half of the coal consumed in Germany comes from Russia. In the case of oil, dependency is a third lower. More than half of the gas consumption in Germany comes from Russia. The biggest challenge is posed by gas, especially because of transport by pipeline. Oil and coal also arrive in Germany by ship and are bought on a world market. It’s hard to believe, but Germany hasn’t built a single terminal in the last decade that could be used to import liquefied gas as a replacement in an emergency. Even donald trump he had understood how risky this self-imposed dependency is.

In the short term, half of the gas supply would be lost if imports were frozen. That sounds really alarming. However, there are two factors that can mitigate the failure. On the one hand, about 15 percent of the gas is used directly in the generation of electricity. For this, you can use, at least temporarily, domestic lignite or largely imported coal. On the other hand, it can fill some supply gaps by storing Norwegian gas over the summer and additional deliveries from other producers. The coming summer and the end of the heating period are playing in our favor here.

But the gap cannot be completely closed. In a realistic scenario, up to 30 percent less gas could be available over the next year than the year before. The German economy would have to close this gap in the short term by getting households and businesses to save and adapt. The channels are diverse. Private households can turn off the heat, advance the planned change to a heat pump heating system, or postpone the planned replacement of oil heating with gas. Even the oft-quoted thick socks are a way to adjust to gas shortages. Companies can use oil instead of gas to generate heat, import energy-intensive primary products, heat fewer offices on weekends, or better protect sales areas from heat loss. You can also reduce office and sales hours and therefore save on heating costs. We saw in the Corona pandemic that many things can also be done in the home office.

All this generates costs and therefore outcry and murder for the economy. But we know from many studies that such adaptation processes are possible. Using the price mechanism, the market allocates scarce gas where it can be used most effectively. Of course, this is not available for free. Some companies, for example in the chemical industry, will temporarily stop production because it no longer makes economic sense, at least in the short term. To cushion the effects on the labor market a bit, we can use tried and tested instruments, such as part-time work benefits. However, the sooner the adjustment processes begin and the more time we give companies to reduce gas consumption through conversions and investments, the better.

How much will production collapse? To estimate the effects, we use observed data from the past and from other countries in the ECONtribute Cluster of Excellence study from the Universities of Bonn and Cologne, which can give us an idea of ​​the magnitude of these effects. In a scenario where Russia cuts off all gas supplies or the federal government agrees to an embargo, gross domestic product would fall between 0.5 and 3 percent. This roughly corresponds to costs of 200 to 1200 euros per head. A study by investment bank Goldman Sachs comes to a similar conclusion.

Is a 3% economic downturn too high a price to pay for a lien and support for the Ukraine? This is a consideration that politicians ultimately have to make. The German economy would fall into a severe recession. Unemployment would rise. But for comparison: The German economy temporarily shrank by 4.5 percent during the corona pandemic. If the effects remain of this magnitude and we can avoid a banking crisis and second round effects through good economic policy, this would be bearable for many people in the country.

Of course, you have to prepare logistically well for the so-called cold turkey of German industry. Coal-fired power plants must be prepared for the increased load and the supply of oil from other countries to German refineries must be guaranteed. The federal government is working flat out on this. But that is also possible during the summer months.

It would also be a fallacy to assume that doing nothing and continuing to rely on Russian imports would have no economic cost. What if the same dependency on the Russian pipeline still existed at the start of the fall heating season? Who would count on this gas continuing to flow even if Putin could do the most damage in the fall?

A prolonged war, or even an extension of the conflict to the rest of Europe, could have much more serious consequences. It is quite conceivable that the economic costs to Germany will be lower with an economic policy that maximizes sanctions pressure on Russia in the short term and thus hastens the end of the war. Then there is also the Ukrainian perspective. For us, it is only a consideration of economic costs. For 40 million Ukrainians, the end of the war is a matter of life and freedom. The current hesitation and the hesitation in Berlin will ultimately cost us all, Germany, Ukraine and Europe, much more.