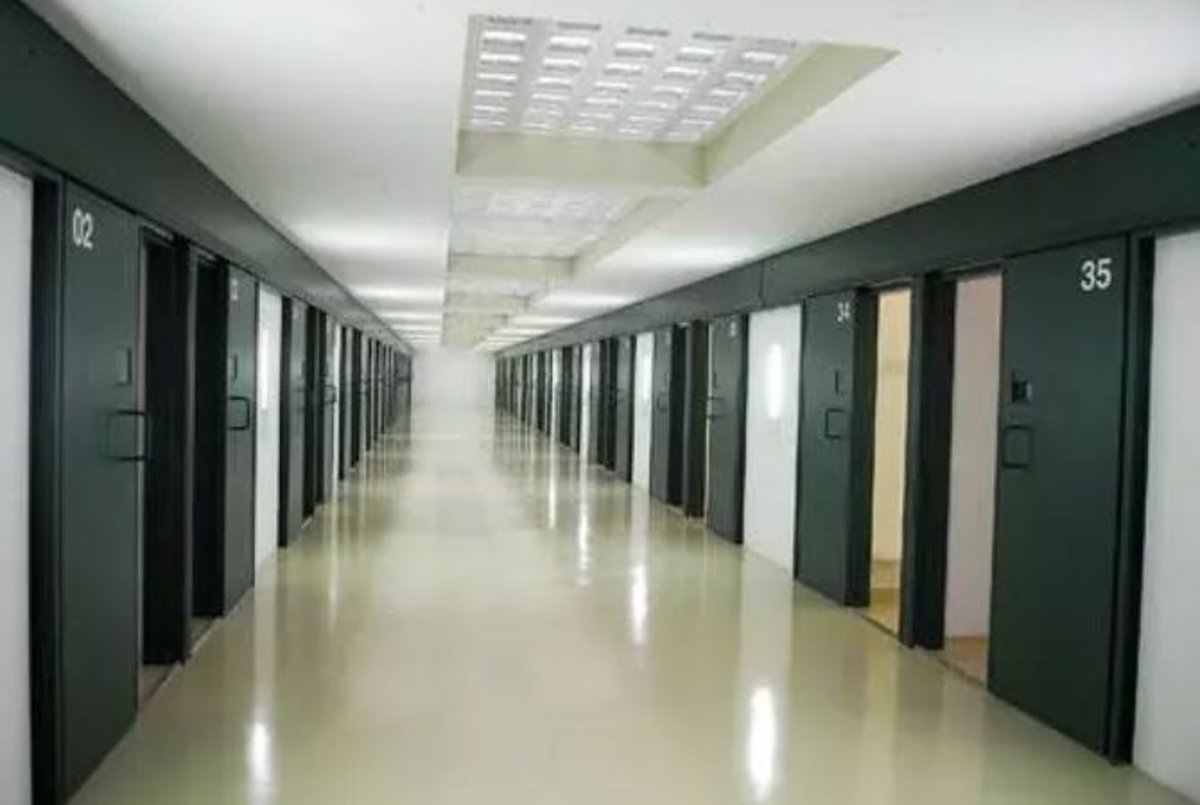 The victims’ associations criticize the transfer of ETA members who have “a whopping 40 murders” behind them.

The General Secretariat of Prisons, which reports to the Ministry of the Interior, agreed this Thursday with the Department for Equality, Justice and Social Policy of the Basque Government to transfer nine prisoners of the terrorist group ETA to the Basque Country – according to the Association of Victims of Terrorism (AVT) — translated into 118 ETA members who would already be in the prisons of the Autonomous Community.

A decision was also taken to transfer two other inmates to the Pamplona Penitentiary Centre, for whom 20 were transferred to Navarre. According to the victims’ association, a total of 202 ETA members have already been transferred

In a statement, the AVT criticized the government for continuing to “ignore the victims and reward their executioners,” while pointing out that the 11 ETA members who were transferred to the Basque Country and Navarre committed “a whopping 40 murders” and ” without having cooperated with the judiciary, without having apologized to the victims of terrorism and without remorse”. “It is Sánchez’s payment to Bildu for the approval of his law on democratic memory,” he criticized.

Dignity and Justice President Daniel Portero has also indicted Pedro Sánchez’s executive branch for sending former ETA leader Juan Antonio Olarra Guridi to Logroño prison, who was sentenced to thirty years for committing the murder of his Father had arranged, who was Attorney General in Andalusia the year 2000, Luis Portero.

He also assured that the transfer was a “reaction” of the
Government on the federation’s complaints to the National Supreme Court which have led to the reopening of seven cases against ETA Presidents, including the murder of Miguel Ángel Blanco.

Among those transferred is ETA member Ainhoa ​​​​​​Múgica, who is being transferred from Logroño to the Basque Country and was sentenced to 75 years in prison by the National Supreme Court in 2009 for her role in the attack that ended the life of Santos Santamaría Avendaño. She was sentenced to 1,243 years in prison as the author of the attack that killed Manuel Carrasco Almansa, Santiago Esteban Junquer, José Ramón Intriago Esteban, Florentino López del Castillo, Félix Ramos Bailón and Martín Rosa Varela on December 11, 1995 in Madrid. He is also serving a 20-year sentence for the 2001 attack on Science Police Under-Secretary General Juan Junquera, in which he and 96 others were injured.

She was also sentenced to 18 years in prison for a terrorism crime for ordering members of ETA’s “Xoxua Commando” to carry out the June 10, 2001 attack on Torre de Logroño.

Gorka Palacios Alday is being transferred from Madrid VII penitentiary to a prison in the Basque Country and has been sentenced to 30 years in prison for his role in the attack that ended the life of Pedro Antonio Blanco on January 21, 2000 in Madrid. He was also sentenced to 83 years in prison for being responsible for the attack that killed Luis Ortiz de la Rosa in Madrid in 2001.

Juan Antonio Olarra Guridi is transferred from Logroño Penitentiary to San Sebastián. He was jailed on July 26, 2010 and is serving a total of 30 years for murder, homicide and assault crimes, terrorism, vandalism and possession of explosives and weapons storage.

For his part, Juan Ramón Carasatorre Aldaz will transfer from the El Dueso Correctional Center (Cantabria) to the Pamplona Correctional Center. He was sentenced to 30 years in prison by the National Court in 2011 as the perpetrator of the murder of PP councilor Gregorio Ordóñez.

Ibai Ayensa Laborda will go to the Basque Country from Logroño prison and has been imprisoned since March 5, 2004 and is serving a sentence of 31 years and 15 days for the crimes of assault, weapons storage, possession of explosives and illegal association due to lack of injuries.

Ainhoa ​​​​​​García Montero is transferred from the Asturias Correctional Center to a prison in the Basque Country. She was convicted of the 2011 murders of José Ángel Santos Laranga and Josu Leonet Azkune. The Fourth Section of the National Court also sentenced him to 22 for a felony of possessing and storing explosives and two felonies of storing weapons in connection with the arsenal that the “Buruntza Commando” kept in a Zizurkil apartment and fish market in Zaldibia years. Guipuzkoa).

Eneko Gogeaskoetxea Arronategui will also transfer from El Dueso Penitentiary (Cantabria) to Zaballa Penitentiary. He was sentenced in 2016 by the National Court to 92 years in prison for the death of Ertzaina José María Aguirre Larraona during the attempted assassination of the King Emeritus during the inauguration of the Guggenheim Museum in Bilbao in 1997.

Juan Carlos Iglesias Chouzas will leave Dueñas prison in Palencia to move to Zaballa prison. In 2003 he was sentenced to a total of 82 years in prison for his part in the assassination attempt carried out by ETA on 7 November 1991 in Erandio, which killed the child Fabio Moreno.

He was also sentenced to 40 years in prison in June 2006 for his involvement in the attack on Ramón Bañuelos Echevarría. In 2006 he was sentenced to more than 1,200 years in prison for his role in the September 2, 1990 attack in Bilbao that killed José Manuel Alba Morales and Luis Alberto Sánchez García. In addition, he is serving a 35-year sentence for his involvement in the attack that ended the life of Luis Alfredo Achurra Cianca on December 14, 1990 in Amorebieta. Added to this is a 52-year prison sentence for his part in the assassination attempt that ended the life of José Manuel Cruz Martín on April 8, 1991 in Baracaldo.

Finally, ETA member Luis Mariñelarena Garciandia will go to Pamplona from Dueñas Prison Center (Palencia). In 2002 he was sentenced to 100 years in prison for being responsible for the attack that killed Fernando Buesa Blanco and his bodyguard Jorge Diez Elorza in February 2000.

- Advertisement -
Share
Facebook
Twitter
Pinterest
WhatsApp
Previous articleBeing a deafblind parent: “The baby will learn to be with a person with a disability. That will give you a lot”
Next articleMarket report: DAX investors digest interest rate rally