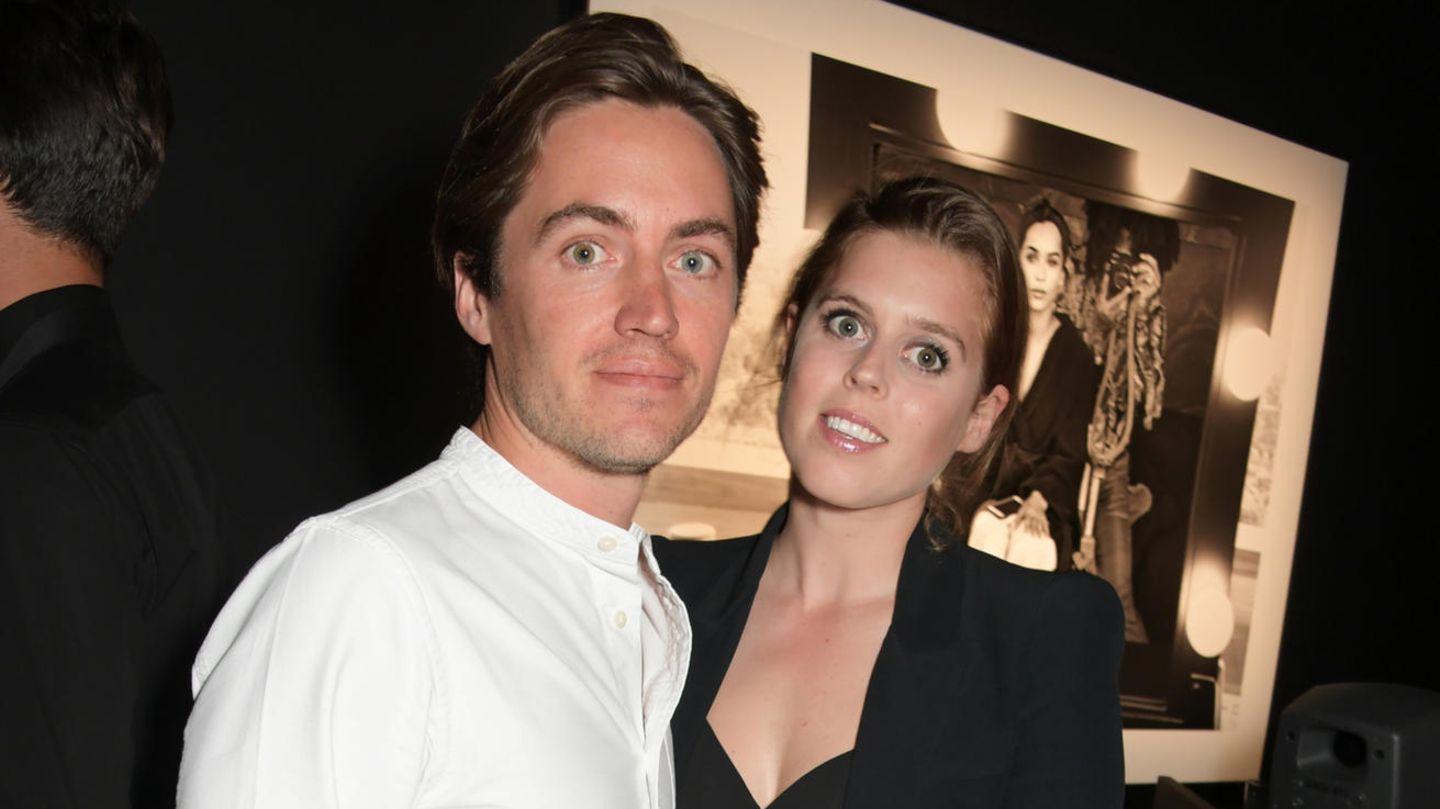 News from the British Royal Family in the GALA ticker: Princess Beatrice spotted at ‘Rolling Stones’ concert +++ Queen Elizabeth spotted at Sandringham +++ Mike Tindall has founded his own brand of gin.

Princess Beatrice, 33, seems to be in the mood for a concert. While spotted at the Glastonbury Festival a week ago, she rocked with husband Edoardo Mapelli Mozzi, 38, in London’s Hyde Park at the “Rolling Stones” on July 3 – and in great style.

In images available to the British newspaper “Daily Mirror”, the granddaughter of Queen Elizabeth, 96, shines in a signal orange satin skirt. Moreover, Beatrice combines a plain white shirt, a casual denim jacket, sneakers and an enchanting basket bag. Edoardo opted for an outfit that was no less casual and chic, consisting of a denim-style jacket, a collarless shirt, jeans and sneakers. The couple seemed very exuberant on their childless night out – 9-month-old baby Sienna Elizabeth laughed a lot at home. It is one of the rather rare public moments of the love duo, who married two years ago in a very private setting.

Queen Elizabeth, 96, is currently enjoying a royal break at her Sandringham estate in Norfolk. Residents there could hardly believe their eyes as the monarch drove past them in the passenger seat of a Range Rover on Monday morning July 4, 2022. She was led to her horses by her race manager, John Warren , and not only looked content and relaxed, but also seemed to make her mate laugh with her famously dry sense of humor.

At the five-bedroom farmhouse, where Prince Philip, † 99, also lived after retirement, the 96-year-old is recovering from her arduous trip to Edinburgh, where she attended three public meetings as part of the Holyrood week. According to media reports, she traveled to Norfolk last weekend to have time for herself.

Together they attend the Wimbledon Championships

Mike Tindall : he follows in the footsteps of the queen with his latest project

Mike Tindall, 43, has already given up on his professional rugby career. Zara Tindall’s husband, 41, is now a successful podcaster – and, as the former athlete revealed, also co-founded a gin brand. Along with his friends and podcast colleagues James Haskell and Alex Payne, Mike Tindall launched “Blackeye” gin.

A project with which he opened the doors to Queen Elizabeth, 96. The monarch is an avowed gin lover and has his own juniper schnapps produced and sold. The Buckingham Palace shop offers Queen Gin, made from 12 botanicals grown in the palace gardens. Cost factor: 40 euros. Mike Tindall apparently leaned towards the Queen’s price segment. The father-of-three’s gin is also available for 40 euros. Fans can buy a signed bottle for 60 euros.

Duchess Catherine, 40, is a regular at Wimbledon as godmother to the All England Lawn Tennis Club, but a year was barred from going to the championships – missing out on Andy Murray, 35,’s maiden title at Wimbledon.

In 2013, Kate was dying to be at Wimbledon to cheer on the British tennis player in the final, but despite pleas and pleas, the Duchess had to stay home. The reason: “I was very pregnant with George so I couldn’t come,” Kate said in 2017 in the BBC documentary ‘Our Wimbledon’ during a chat with sports presenter Sue Barker. She replied “But you had a great excuse!”, but Prince William’s wife, 40, wanted to be there at all costs. “I know, but still,” Kate said. “I thought ‘Maybe I could go’ but the doctors said ‘no’. I then texted Andy Murray saying I was sorry I couldn’t be there but congratulations [gewünscht]’ revealed the Duchess of Cambridge.

In the Royal Box, William, Kate & Co. give free rein to their emotions

Luckily, Kate was able to be there three years later when Andy Murray won his second Wimbledon title.