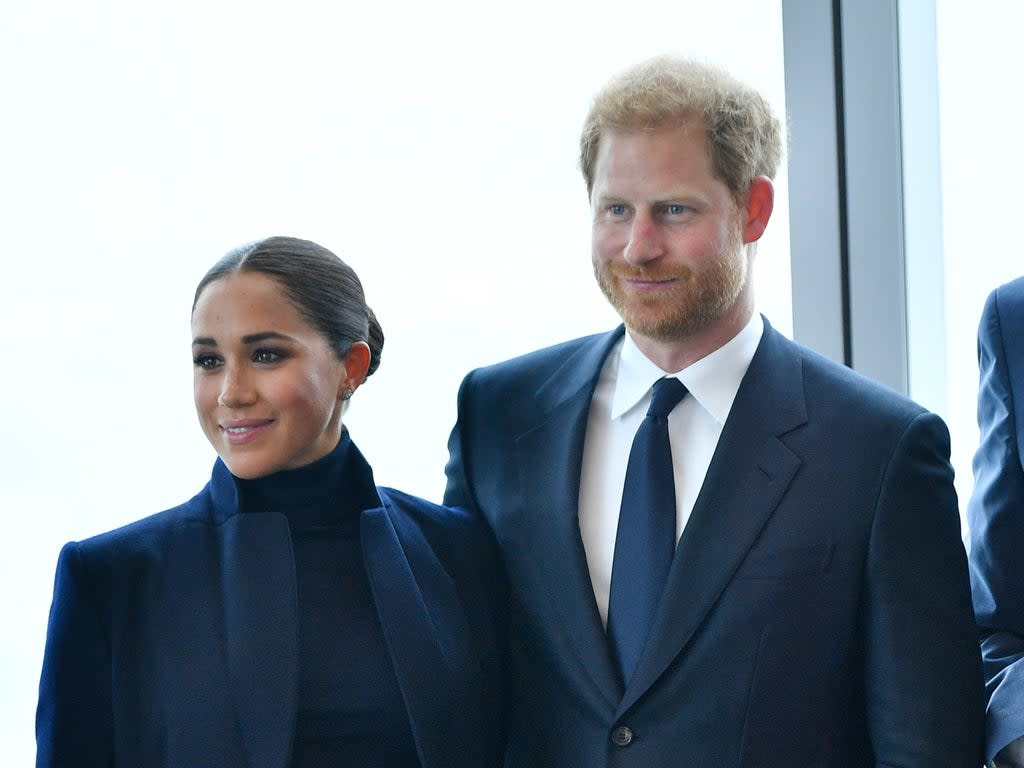 The Duke and Duchess of Sussex have stepped up their push for global fairness on vaccines, signing an open letter urging wealthy world leaders to “act with international solidarity”.

The strongly worded letter was published on Friday, March 11, by the People’s Vaccine Alliance (PVA), marking two years since the World Health Organization declared the Covid-19 outbreak a global pandemic.

“Sadly, despite what some leaders of rich countries would like us to believe, the pandemic is not over,” the letter said.

“But it is within our power to end it and make sure everyone is protected. That requires giving everyone, everywhere access to safe and effective vaccines and other life-saving Covid-19 technologies.”

The PVA estimated that 20 million Covid-19 deaths in the last year could have been “avoidable” if vaccine equity had been achieved.

He singled out the UK, EU and Switzerland for continuing to block a waiver that would remove intellectual property rights on vaccine patents and allow for wider distribution of vaccines.

He also urged the world’s richest countries to “commit to sharing the economic burden needed to fund the next stages of vaccines, treatments, tests, and the medical oxygen and PPE needed by healthcare workers around the world.”

“The current approach is immoral, totally counterproductive and also an ethical, economic and epidemiological failure,” the PVA said.

“The virus is mutating all the time. Existing vaccines are less effective against the Omicron variant, and while vaccines continue to protect against serious illness and hospitalization, there is no guarantee that this will continue against future variants.”

Prince Harry and Meghan Markle have spoken out about the importance of vaccine fairness during the pandemic.

During an appearance at the Global Citizen Live concert in New York City in September 2021, Harry said he had learned from experts that many countries are ready to produce vaccines at home “but they are not allowed because the ultra-rich pharmaceutical companies they are not sharing the recipes to make them.”

He said these countries have the “means, capacity and workers” to make vaccines, but are still waiting for intellectual property rights to the vaccines to be relinquished.

Meghan told the crowd that “every person on this planet has a fundamental right to receive this vaccine.”

“While in this country and many others you can go almost anywhere and get vaccinated, billions around the world can’t.”