Prime Minister’s Conference: This is how the federal and state governments want to help refugees 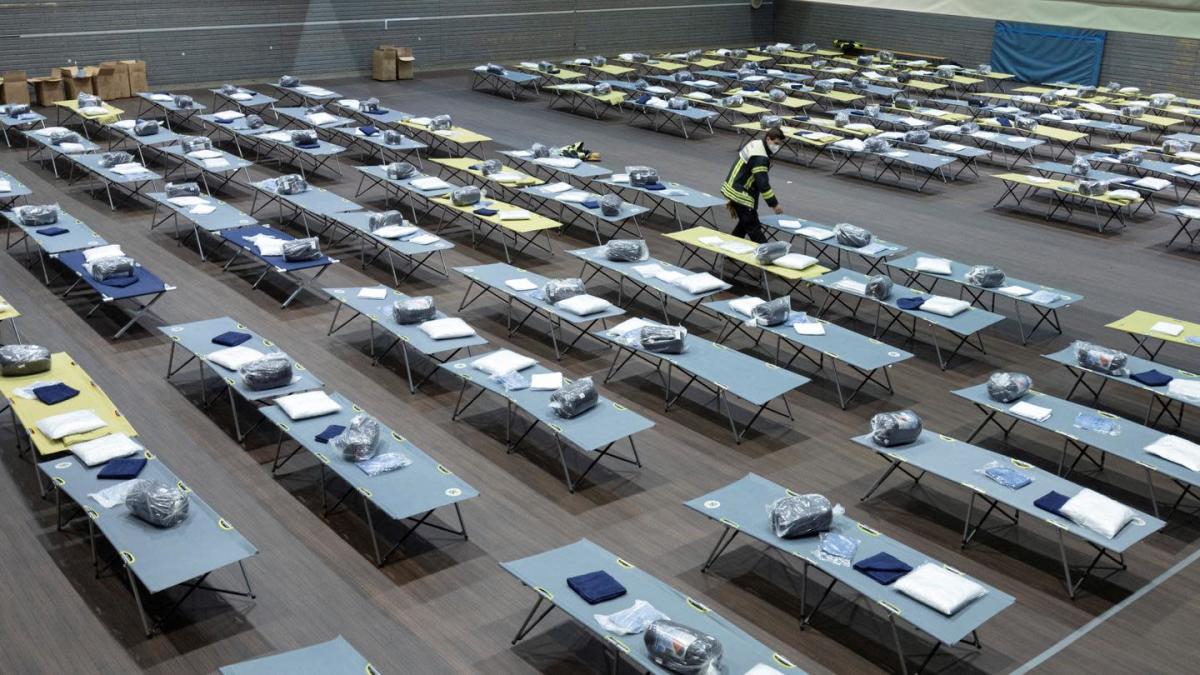 Registration of Ukrainians, school for children, new accommodation – the federal and state governments share tasks by videoconference. The pandemic was secondary.

A specially created Internet portal with information in several languages, integration of Ukrainian children into the school system, help for war refugees in need of care – the decision of the heads of government of the federal and state governments is a document of willingness to help . the nearly 200,000 people who have fled to Germany from the war zone so far.

Over the past two years, country leaders at their conferences have sometimes argued late into the night about pandemic policy. But the war in Ukraine has relegated the Corona measures to the background. This is also due to the fact that, despite the rising number of infections, hospitals are far from being overburdened. The issue was discussed, but nothing was decided on it.

This also has to do with the fact that the political situation is very tense: while the Bundestag will decide on Friday on the extensive easing forced by the FDP, many heads of government have clearly criticized it. Almost all federal states are using the transition period that has been granted and are allowing the previous regulations to continue to apply, including the obligation to wear a mask when shopping. “Today, two years of common ground will come to an end,” Bavarian head of government Markus Söder (CSU) said at the federal-state meeting. Although Bavaria is also relaxing individual protection measures. NRW Prime Minister Christian Wüst (CDU) said the new regulations are “legally uncertain and cannot be implemented in practice”.

This time, the main topic of the federal-state discussion was the Russian attack on Ukraine, which the discussion unanimously condemned, and its consequences. The participants confirmed what had already become clear in recent days and what the state authorities were already doing: refugees could be registered “quickly and easily”. The federal government must make available the technical infrastructure and personnel for this.

This could be important, especially in Berlin, where most of the refugees arrive: the state administration has about 10,000 people every day, and the city has to take in about 1,500 of them. Sometimes the registration didn’t work here. The federal government should then coordinate and organize the distribution of the refugees. Accommodations in the federal states, this is done according to the Königstein key, which takes tax revenue and population into account. It was also decided that a task force would develop a plan “such as a fair distribution of funds between the federal and state governments.”

One approach to resolution is integration. Most of those who arrived first asked: “Where can I work?” said Berlin Mayor Franziska Giffey. And not according to where they get state benefits. This touches on a core problem: only those who are registered and thus given the residence status provided for refugees from Ukraine under the Residence Law are allowed to work. They then do not have to apply for asylum and are generally free to choose their place of residence.

The group promised to quickly integrate children into schools and to open integration courses for adults. The employment agency is supposed to help you find a job. Nursing homes and retirement homes should accommodate the very old and those in need. Refugees You should also receive insurance cards from health insurance companies. All these offers were in the new online portal Germany 4 Ukraine short – also in Ukrainian and Russian

The group also pledged to “prevent misuse of the current crisis situation by others.” Details were not carried out. The Association of Criminal Investigators had warned that those entering the country should be checked by security in order to identify criminals known to the police who might be entering the country. There was also concern in arrival centers that vulnerable women might be exploited by men posing as helpers.

The other resolutions included the need to prevent potential cyberattacks on critical IT infrastructure in Germany as a result of the war. Together, the heads of government reaffirmed the need to secure Germany’s energy supply and minimize dependence on Russia.

In a memorandum, Bavaria reiterated its demand that the German nuclear power plants that are still active continue to operate. In addition, the decision document essentially refers to the plans that already exist in the Ministry of Economic Affairs. The group also emphasized that the increase in energy prices caused by the war had to be curbed by “additional efforts”: the traffic light coalition is currently discussing the fuel discount introduced by FDP Finance Minister Christian Linder, to relieve motorists. A loan program is intended to support German companies that are threatened by sanctions imposed on Russia.