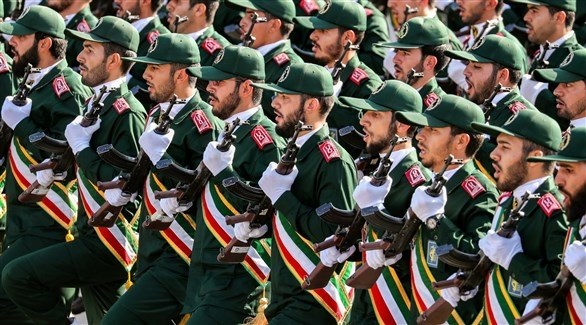 Democratic President Joe Biden’s administration is facing mounting pressure from conservatives and US officials in Israel, after it was revealed this week that completing negotiations to revive the deal on Iran’s nuclear program could require it to Washington remove the Revolutionary Guard from its “foreign” list. terrorist organizations.” Although such a step is more symbolic than practical.

Former President Donald Trump’s administration placed the Guard on this list in 2019, nearly a year after his decision to unilaterally withdraw from the deal signed between Iran and major powers in 2015, and Biden, who succeeded Trump as president, expressed his desire to return to the agreement, provided that Tehran returns to full compliance with the commitments that it retracted after Washington’s withdrawal.

In April 2021, the two parties began indirect negotiations to revive the agreement, with the participation of the parties still in it (France, Great Britain, Germany, Russia and China), and the parties involved agreed that the currently suspended talks they reached a divisive stage in which the points of contention were reduced to their minimum limits.

This week, sources familiar with the course of the negotiations confirmed that one of the pending points is Tehran’s insistence on removing the name of the Revolutionary Guards from this list that includes groups such as ISIS and al-Qaeda, as part of any understanding to revive the 2015 agreement.

Responding to a question about it during Friday’s news conference, White House spokeswoman Jen Psaki said: “Negotiations are currently underway, I won’t go into details, but I note that the current situation in which we find has not accomplished anything to make us safer.

“In fact, the Iranian Revolutionary Guards have grown stronger since Trump labeled it a terrorist organization,” he added.

The news of an Iranian request to remove the Guard from the list came to light mainly this week, notably through a report by the US website “Axios”, which quoted officials as confirming that the Biden administration is considering giving this step, but links it to receiving a commitment from Iran to reduce tension in the region.

Israel, an ally of the United States and a staunch regional enemy of the Islamic Republic, and a staunch opponent of the 2015 agreement, formally raised this issue this Friday, through a joint statement by its Prime Minister Naftali Bennett and his Foreign Minister, Yair Lapid.

“The Iranian Revolutionary Guard is Hezbollah in Lebanon, Islamic Jihad in Gaza, the Houthis in Yemen, and militias in Iraq, and was behind plans to assassinate top US government officials,” accusing him of being involved “in the murder of hundreds of thousands of Syrian civilians,” he said. Confirmation that the United States will revoke its designation as a terrorist organization.”

The potential move also drew criticism from US Republicans and conservatives, who were the most prominent pushers in the direction of withdrawing from the deal.

Mike Pompeo, who was secretary of state when the Guard was placed on the list, decried the possibility of the Biden administration changing this issue, saying, “President Trump and I launched the Joint Comprehensive Plan of Action (the official name of the nuclear deal) and brought Iran to its knees through a successful maximum pressure campaign”. To the policy adopted by Trump against Tehran, which was based on the imposition of harsh sanctions, which reflected a severe economic crisis in it, and considered that “the Biden administration intends to waste all of that.”

The Guard’s inclusion on the list of foreign “terrorist” organizations was a largely symbolic step, given that this powerful military institution and many of its leaders were already under various US sanctions for many years.

The sanctions imposed on the guard freeze any assets of the guard that may be under US jurisdiction and prohibit Americans or companies based in the United States, including banks that have branches there, from dealing with it, and the “terrorist” designation adds to that, a prison sentence of up to 20 years for anyone convicted of “providing material support” to the Guard.

Barbara Slavin, an Iran specialist at the Atlantic Council, a think tank in Washington, believes the Guard’s inclusion on the list in 2019 was a political step in the first place, through which Trump intended to satisfy anti-Iranian opposition from his side. country. allies such as Israel and Saudi Arabia.

He explained that removing the Guard from the list would have “minimal” effects in practice, adding: “This is a situation where politics seems more important than content. The Revolutionary Guards will remain under sanctions, including its Quds Force ( in charge of foreigners). operations), under different authorities”. whereas delisting is something that must be done if it leads to a decline in Iran’s nuclear activities, referring to the restrictions that will be re-imposed on Tehran’s program if the 2015 deal is revived

Commander of the US Central Command, General Kenneth McKenzie, emphasized Friday that taking the guard off the list will not change the facts on the ground, explaining: “The first objective of the United States with respect to Iran is not to have a nuclear weapon.”

He added: “I think that any solution that blocks the way for them (the Iranians) to do so is something that contributes to regional security,” noting that Tehran has always denied seeking to develop atomic weapons and affirms the peace of its program.

Calling the Guard the most prominent “evil” factor in the Middle East, McKenzie added, “I don’t know how delisting will affect it,” noting that “in terms of how we think about them, about the threat they pose to diary, I don’t think much is going to change as a result of that.” “.