President of Prisa to shareholders: “You have my full commitment to reduce debt” 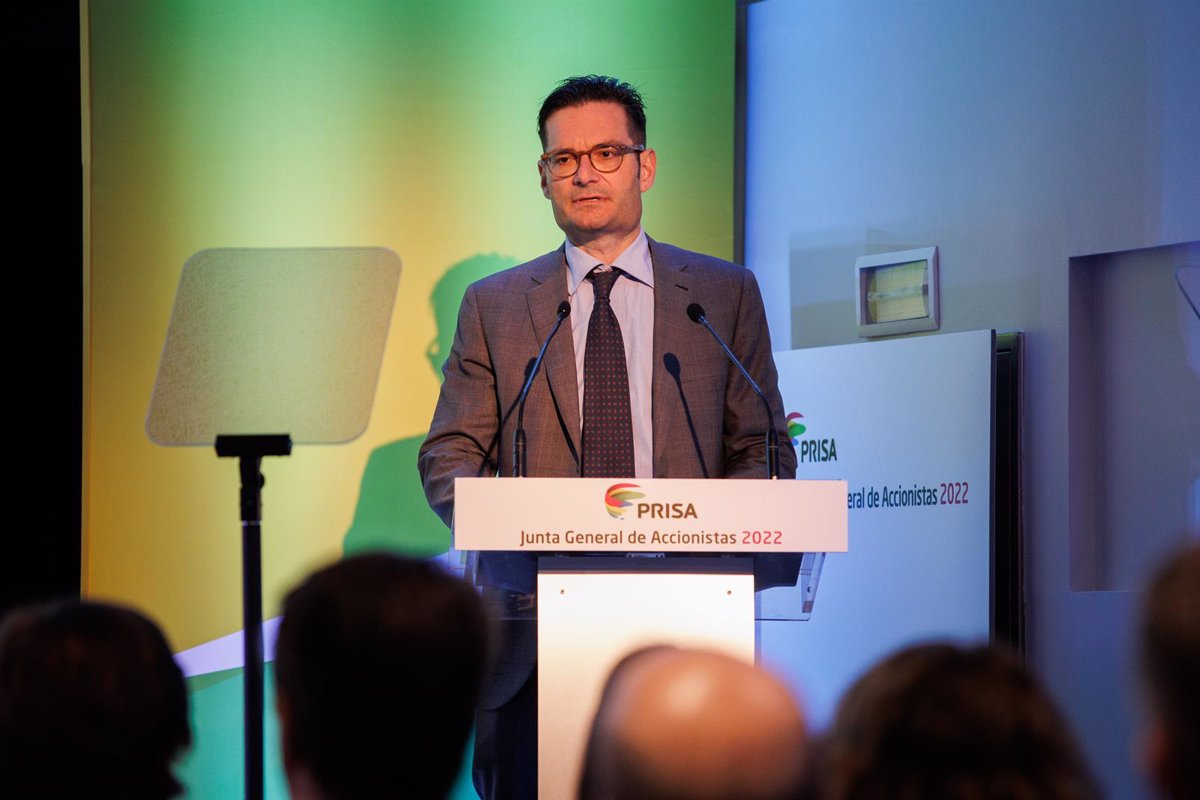 Prisa Group President Joseph Oughourlian said Tuesday that the fact that the company has refinanced its debt “doesn’t mean” it doesn’t remain “high”. “I assure you that you have my full commitment and that of the board to reduce debt in the coming years,” he told the group’s shareholders.

“We are reviewing all options and opportunities because our goal is to get out of the negative debt cycle that has plagued this company for years. It damaged his strategy and conditioned it. It is my big goal and I will say all my efforts towards it,” he assured Joseph Oughourlian ahead of the 2022 AGM.

In his speech, the President of Prisa emphasized that the tasks set a year ago have been fulfilled, adding that “some new tasks with ambitious but real goals” have been set, recently presented to the market and which he details for continuation Has .

For Joseph Oughourlian, fiscal 2021 was a “key year to change Prisa’s situation, but it’s far from done”. “We have worrying clouds on the economic horizon, caused by high inflation or the more than foreseeable upward trend in interest rates worldwide. All of this will undoubtedly affect consumer behavior and, consequently, the advertising market, one of the main sources of income for the group,” he acknowledged.

However, the President has stressed that the company’s teams are working with these scenarios and have “a clear and complete strategic plan” that reflects their goals “perfectly”. Joseph Oughourlian has indicated that despite being “cautious” about the economic situation, “it is time to look to the future with enthusiasm and ambition”, noting that Prisa has “a great project” and is a group that “everything has grown significantly.

Next, Prisa Media’s Executive President, Carlos Núñez, commented that the company is the leading media group in the Spanish-speaking world thanks to the “assets” that give it scale. “Based on these assets, our strategic approach is clear: we bet on long-term, on company growth and on the development of our media over other alternatives based on cuts that would inevitably lead to jibarization and a loss of value of the company,” he emphasized.

“We understand that this is the only viable path to fully exploit the value of our companies and we follow it,” stressed Núñez, commenting that an “ambitious” plan has been designed and implemented for this year of actions that are moving structured around four basic axes: improving the quality of content and information, increasing the degree of digitization of the group, increasing efficiency and expanding business with new products and services as well as new markets.

Referring to the education department, Santillana President Francisco Cuadrado stressed that the company’s “determination” in developing subscription models “with a single digital system is at the heart of the proposal, along with an organization focused on customer service ” , growing by 39% compared to pre-Covid times and reaching two million project subscribers.

Francisco Cuadrado has assured that technology will continue to be the “big engine” of transformation, driving growth, and the new business models will allow it to continue improving its loyalty rates. Finally, he pointed out that beyond the curricula, a portfolio of offers was developed in order to meet the needs of the schools.

Next Friday, July 1st, Pilar Gil will take over the financial management of Prisa, an area that, as she comments, she knows “by heart” and to which she has dedicated the last twenty-two years of her professional career. “It has a team of exceptional talent that I will be extremely proud to lead,” he added.

“Prisa is experiencing a pivotal moment full of opportunities today. The group has very clear financial and strategic goals and to achieve them we have strong teams in all areas and in all business areas committed to the company’s present and future,” explained Pilar Gil, who acknowledges that “a tremendous task ahead of her” to which she will devote all her “efforts and commitment to further build and improve the financial profile of the group”.

The General Assembly of Prisa shareholders this Tuesday approved all the agreements proposed by the Board of Directors, including the annual accounts; the management report of both the company and its scope of consolidation; the proposed application of the result; and the 2021 consolidated non-financial statement.

The meeting, conducted in a hybrid format (face-to-face and online), gave the go-ahead for the Board of Directors to conduct business in the 2021 financial year; and the ratification of the co-option appointment and re-election of Francisco Cuadrado Pérez as Executive Director and Teresa Quirós Álvarez as Independent Director.

During the time set aside for shareholder questions, a representative from Global Alconaba (representing 7.07%) requested a vote on a new proposed resolution that was not on the agenda. Thus he has proposed the dismissal of Roberto Alcántara Rojas as proprietary director (representative of 5%) after refusing to “leave voluntarily”, as he has indicated. The shareholders approved the termination with 73.47% of the votes.

A “Medium-Term Incentive Plan” has also been approved for the period 2022-2025, consisting of the delivery of company shares linked to the achievement of certain targets and addressed to the Executive President of Prisa Media and the Executive President of Santillana. Likewise, shareholders have approved the Directors’ Remuneration Policy for the years 2022, 2023 and 2024 and the repeal of the 2021-2023 Remuneration Policy.