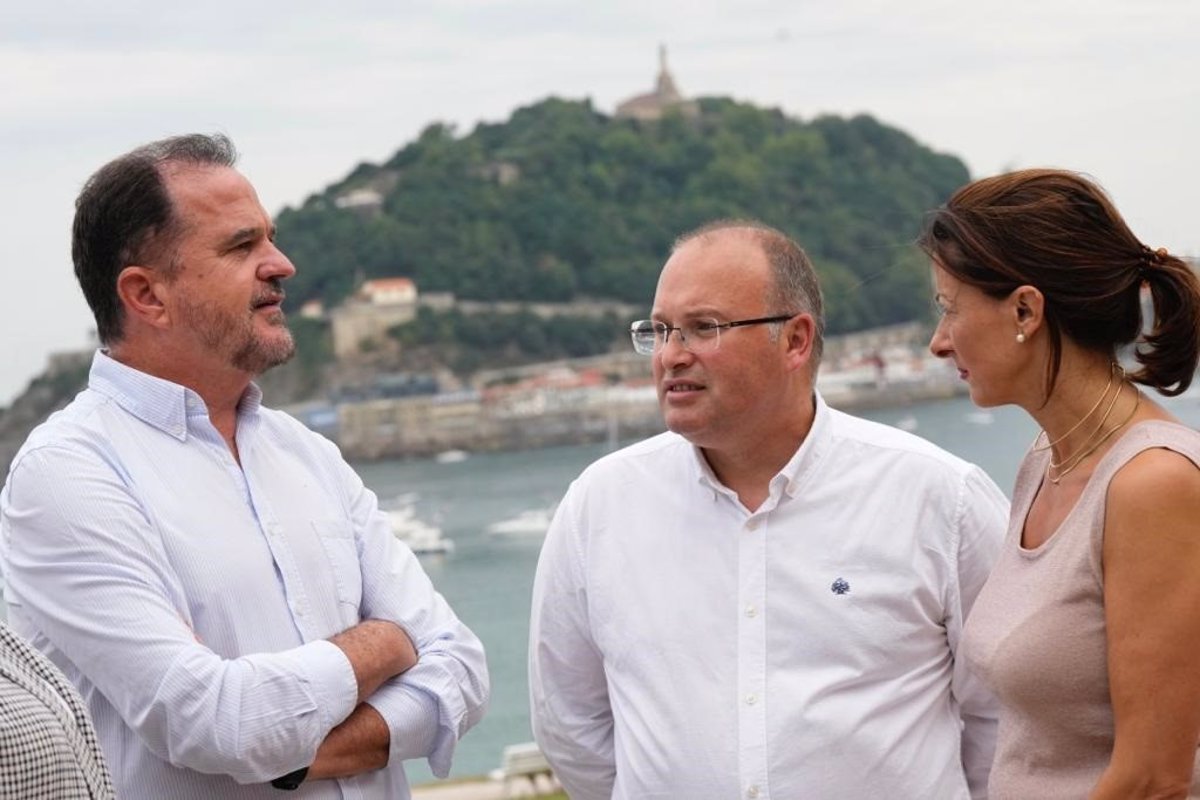 He accuses the PNV of being “just as responsible as the government” for the “wrong measures” it is taking and urges them to reflect on their “role”.

The deputy secretary of the organization of the PP, Miguel Tellado, has asked the President of the Central Government, Pedro Sánchez, asking the Chief Executive to correct his decree on energy saving measures and has avoided answering whether the people will appeal becomes court Constitutional because they will wait and see if the executive branch “reconsiders” its position. In any case, he reiterated that the Autonomous Communities can challenge it if they think it encroaches on the competences and indicated that the President of the Autonomous Community of Madrid, Isabel Díaz Ayuso, will take the decision that she considers “timely”.

In statements to the media in San Sebastián, Tellado also called on Sánchez to cut taxes and emulate Germany, which has passed a package of measures to reduce its citizens’ tax burden by 10,000 million. The popular demand for a “tax reduction for income below 40,000 euros per year”.

Miguel Tellado has pointed out that Sánchez “is idolized, he thinks he has the truth and he no longer speaks to anyone”. In view of this, he asked him to “listen” and “correct” the opposition, both in relation to the legislative decree on energy saving and efficiency and in relation to the application of a tax reduction for families with an annual income of less than 40,000 euros .

“We also ask you to correct the energy efficiency regulation that you unilaterally adopted because the sectors are against it and because it was adopted without the necessary dialogue with the autonomous communities,” he explained.

In his opinion, it is an “improvised plan that does not meet the real needs of our country”. “We are in favor of energy efficiency initiatives and compliance with EU recommendations, but Europe talks about recommendations, not constraints, and that is not the way to go,” he said.

THE GOVERNMENT OF TAXES WITH MORE THAN 120 DECREES

In this context, he criticized that “with more than 120 decrees in the legislature, the Sanchez government has become accustomed to impositions because the dialogue is quite poor even between the parties that make up the executive.” “You are mistaken if this is done through imposition rather than dialogue on such an important matter,” he reiterated.

It has also criticized that it is the executive “that demands the most sacrifices from Spanish society and at the same time is the most expensive in the history of democracy in this country, with 22 ministries, while this country was governed perfectly with 14. and more than 800 consultants”.

“The worst government at the worst time, very used to governing by decree and restricting people’s rights,” he said. “It should be more serious and less ideological and dogmatic.”

ASK SÁNCHEZ TO REPRESENT GERMANY THAT HAS REDUCED TAXES

The leader of the PP has also expressed his concern about the situation in Spain “due to inflation and the economic slowdown”, with growth forecasts down from 7% to less than 4% and unemployment figures for the last month of July ” having that was the worst thing in the last 20 years.

“Inflation is eating away at wage bills, savings and business competitiveness, and the government is hiding first in the pandemic and later in the war in Ukraine,” he lamented.

In his opinion, “the indicators in Spain are worse because the government is not doing what it should be doing, or at least not enough.” In this regard, he recalled that the PP submitted “an economic and energy proposal” to the government, which it “clearly and emphatically rejected”. “We ask you to remedy the situation,” he said.

Therefore, he urged the government “not to pay attention to the PP, but to the government of the same political persuasion in Germany, which is proposing a tax cut of about 10 billion to ease the burden that inflation is putting on families in the German country”. “We proposed the same to the PP and they said no,” he stressed.

He also defended that the money taken by the state from inflation “flows back to the families” through a “tax refund for incomes below 40,000 euros per year”.

CRITICISM OF THE PNV

On the other hand, he has asserted that the PNV, in supporting the executive branch, is “as responsible” as the government for the “erroneous measures” it is taking.

In his opinion, the Jeltzale formation “should think about their role in Spanish politics, because if they don’t, they are just as responsible as the PSOE for the policies of Pedro Sánchez’s government”. “We ask you to be reasonable,” he said.

He also recalled that “in Euskadi, the PNV uses the argument of useful voting to stop Bildu”. “But today in Spain, EH Bildu was given the weight at national level by the PNV through the motion of no confidence and the appointment of Sánchez,” he added.

In his opinion, the executive led by Sánchez is “hypocritical, cynical” because “it is closing the thermal power plants and buying electricity from Morocco from thermal power plants that do not comply with any regulations controlling the emission of pollutants into the atmosphere. “

He has also accused him of being “arrogant and used to pushiness and arrogance”. For this reason, he has again asked Sánchez “to enter into dialogue and listen to sectors and autonomous communities, to analyze the economic consequences of his actions”, leaving aside “ideology, sectarianism and dogmatism”.

Asked by journalists whether the PP will challenge the Energy Saving and Efficiency Decree before the Constitutional Court, Tellado has indicated that they will first wait and see if the central executive branch “reconsiders” its position.

In any case, he has indicated that the Autonomous Communities can appeal against it, as the President of Madrid Isabel Ayuso has already announced, if they consider that it is “an invasion of forces” by the Council of each municipality and We highly respect the autonomy and competence of each administration. Ayuso is the President of Madrid and to defend the interests of the people of Madrid, she must do what she sees fit,” she added.

Tellado has stressed that since its congress last April, the PP has caused a “wave of enthusiasm” which “has increased since the regional elections in Andalusia” and that he is convinced “that in the next municipal and regional elections it will Spain will reach elections”.

Previous articleAmerican Horror Story: These familiar faces return for the 11th season of the horror series
Next articleThe Morning Show: Apple TV+ hears Jon Hamm and hires him for season 3 of the drama series