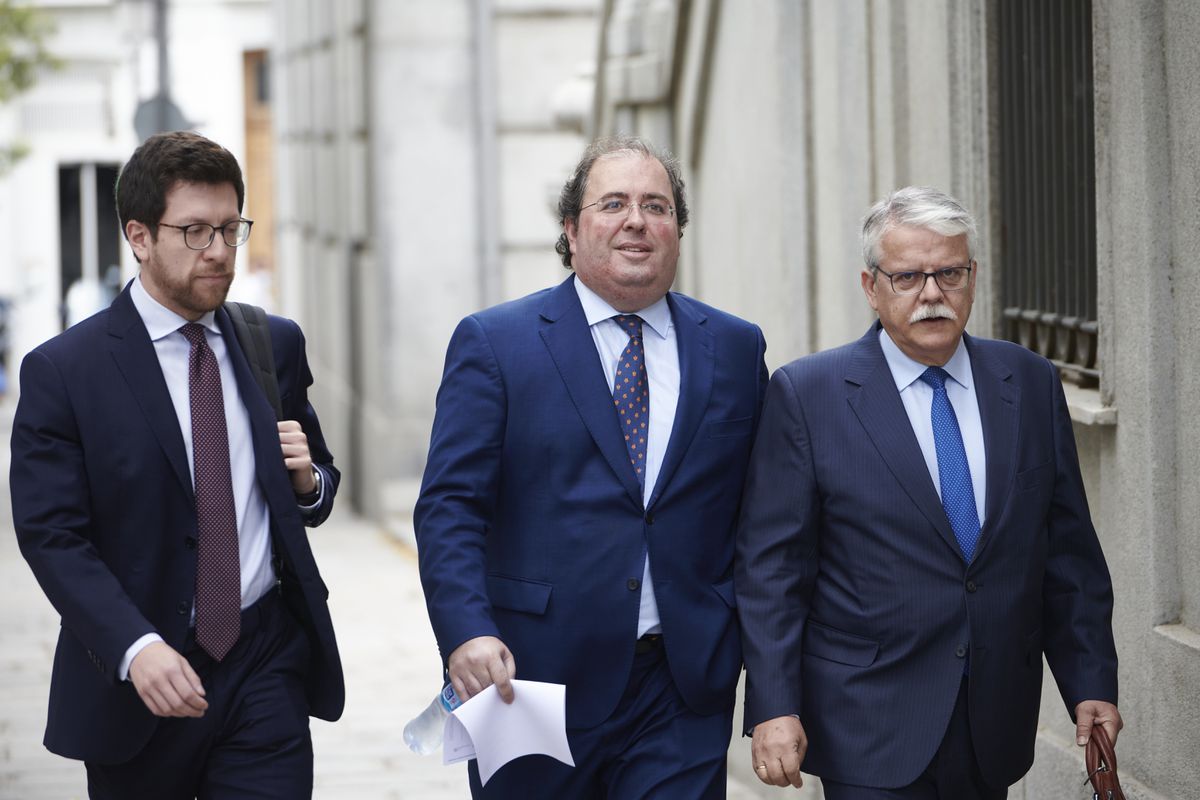 The PP deputy Alberto Casero admitted this Monday before the Supreme Court that during his time as mayor of Trujillo (Cáceres) he signed some contracts that did not follow the legal procedure, but in any case he defended that there was only “Administrative irregularities,” never a crime, a judge from the Municipality of Extremadura claimed. After leaving the Supreme Court, the congressman, who became famous for his fatal error in Congress’s vote on labor reform, hit the media to explain that his statement focused on backing up some aspects of his guidance by the judge “clear up”. and the prosecution have asked him. “That’s what we’re here for,” he said after assuring that his statement was part of a “normal” context. The MP did not want to rule on the irregularities attributed to him until Supreme Court instructor Andrés Palomo determines whether the case will go ahead.

Casero has appeared before the Supreme Court to voluntarily testify under investigation into several smaller agreements and contracts he signed as mayor between 2017 and 2018. Judge Palomo had subpoenaed him after the trial court and Trujillo’s order to the Supreme Court issued a reasoned statement describing the facts attributed to the then-mayor as an ongoing crime of administrative subterfuge. The Supreme Public Prosecutor’s Office also sees signs of misappropriation of public funds.

Court sources familiar with the statement indicate that before judge and prosecutor María Ángeles Montes, the deputy admitted that some of the contracts he signed could have “flaws” because administrative procedure was not strictly followed, but he has denied that these irregularities were possible to imply the commission of a crime of subterfuge or embezzlement.

The PP lawmaker has been called to volunteer testimony as an investigator, a common practice in Supreme Court-appointed witness cases, to prevent the court from asking Congress to act against the lawmaker. But if Casero’s explanations and the rest of the initial evidence don’t convince the instructor, Palomo will have to expose them to the criminal court to file the motion and take action against the deputy.

Casero’s case began with a prosecutor’s complaint alleging irregularities in contracts and agreements the current deputy made when he was mayor of Trujillo. Prosecutors believe that the mayor skipped all procurement procedures by avoiding public tenders, inspection reports, or directly without informing the local administration he himself heads. In the order notifying the opening of proceedings, issued last March, the court stated that the reasoned statement sent by the court in Extremadura shows “conclusive evidence” that Casero signed the contracts “without submitting to the administrative procedure provided for that purpose subject, resulting in the payment of various amounts, without informing the City Council and without the required reports”.

The investigation focuses on six specific cases that have cost Trujillo City Council nearly €100,000. The first suspicious contract is that of a psychologist, which Casero signed in March 2017 “in concealment from the city council, without presentation of the contract, without contract file, without report on the necessity of the service and without approval of the costs”. Months later, he signed another €25,000 agreement with the Peruvian Chamber of Commerce “without informing the city council’s economic and legal services, without pre-approving the agreement and without making it available to the public for information or publishing it in the BOE.”

The Supreme Court highlights another 2017 contract by which the then mayor of Trujillo verbally agreed to contribute €18,000 to a fundraiser organized by the cultural entity Bon Vivant Cultural Association, with which he secured another sponsorship deal in July 2018 over 18,000, in which he also promised to cover “other costs”. Both were signed “without going through an administrative procedure”. Finally, the Supreme Court elaborates on two other issues in 2018: the appointment of Ícaro Consultores en Comunicación to organize an event for an amount of 14,303 euros plus VAT and the agreement of a contract with Radio Interior SL for communication services and advertising for the Trujillo Cheese Fair for more than 15,000 euros. For the latter, Casero allegedly used the subcontract method when the amount prevented it from doing so by that method.