Possibly three times as many deaths from Covid as recorded 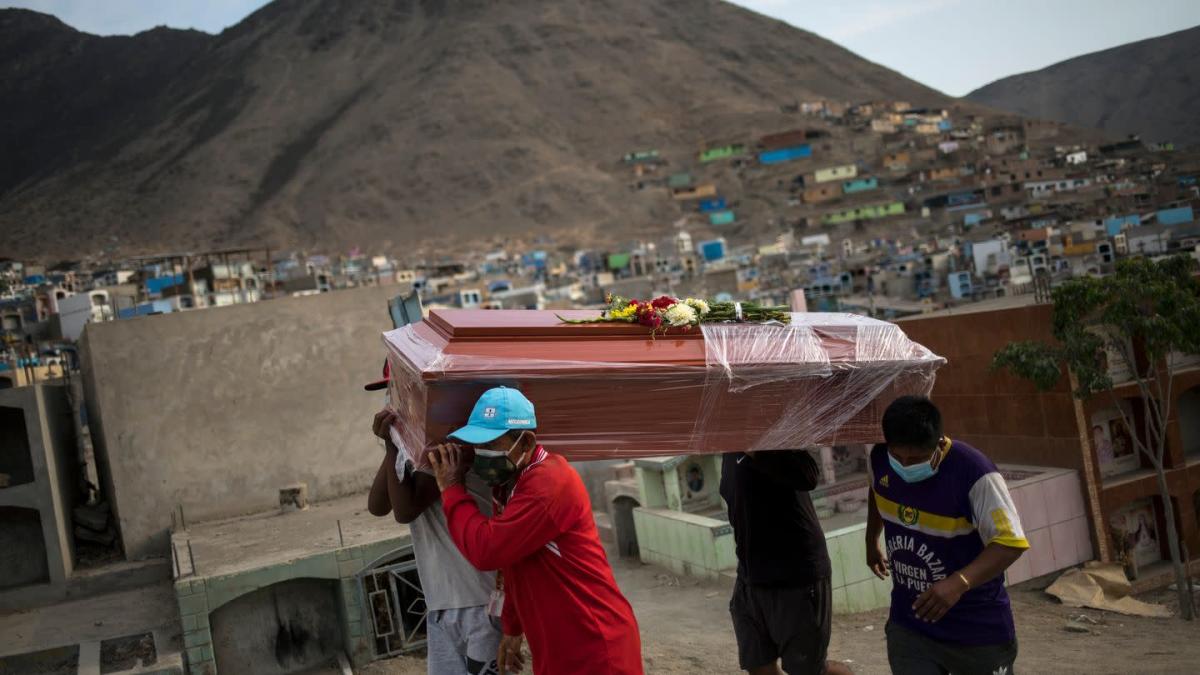 Seattle (AP) – The pandemic may have cost significantly more lives around the world than previously assumed.

According to a recent study, between January 2020 and December 2021, 18.2 million more people died than would have been expected in years without a pandemic. Only 5.9 million corona deaths were officially recorded during this period. “Our results indicate that the full impact of the pandemic was much greater than official statistics suggest,” writes the international research team led by Haidong Wang of the Institute for Health Metrics and Evaluation (Seattle/USA). in the journal “The Lancet”

According to the models, 120 out of 100,000 people worldwide died from Corona, in 21 countries this excess mortality exceeded 300. The scientists found the highest rates in the Andean countries of Latin America (512 deaths per 100,000 inhabitants), in Eastern Europe (345) and Central (316) and Sub-Saharan Africa (309). However, in some countries such as Iceland or Australia, according to estimates, even fewer people died in the years of the pandemic than would have been statistically expected.

Lack of testing and reporting issues.

The sometimes large differences between the recorded and actual number of deaths are likely due to underdiagnoses due to lack of testing and problems reporting the numbers. It is currently unclear how many people died directly from the corona infection and how many from the indirect consequences of the pandemic. “Studies from several countries, including Sweden and the Netherlands, suggest that Covid-19 was the direct cause of most excess deaths, but we currently do not have enough evidence for most regions,” says Wang, study leader.

The scientists had collected weekly or monthly information on the number of deaths from a total of 74 countries and 266 states or provinces – such as the German federal states – from the pandemic years 2020 and 2021 and up to eleven years earlier. The difference between the number of actual deaths and those statistically expected gives the excess mortality. With the help of statistical models, they also estimated excess mortality for countries where information on the number of deaths was not available.

In the video: Lauterbach continues to insist on vaccination