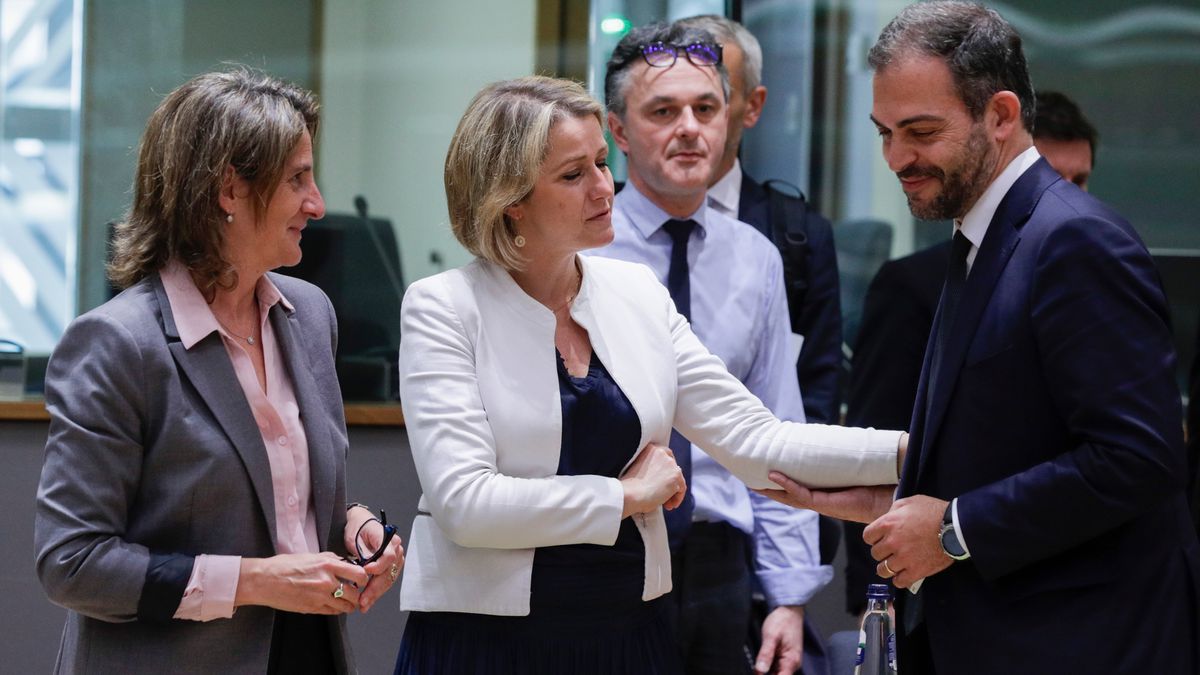 The Iberian front on energy issues is back. Portugal this Thursday joined the Spanish position of frontal rejection of the linear reduction in gas consumption proposed by the European Commission. After the sharp criticism leveled by the Spanish government on Wednesday: “We cannot accept a victim on which she has not asked us for an opinion”; “Spain has done its homework in this area and paid more than many European partners” – is the turn of the neighboring country’s Secretary of State for Environment and Energy, João Galamba, who describes the Brussels plan as “unsustainable”.

Although he is aware that “there are countries that have not protected themselves and are now asking for help,” Galamba said in statements to the Portuguese newspaper Publicity that the “logic of solidarity rationing presupposes the existence of interconnected systems and the European Commission seems to have forgotten this reality”. The lack of energy connections between the Iberian Peninsula and the rest of Europe has been the main argument for the application of the famous gas price cap for electricity generation, which has allowed a significant reduction in the electricity bill of those who have a regulated tariff.

Portugal’s Secretary of State for Environment and Energy has noted that his country’s isolation from the rest of the continent has forced it to buy “increasingly expensive” gas and saw it as a “caricature” that a solidarity mechanism was now needed, presuming the existence of connecting lines to a country that “for years has always been harmed by its lack of connecting lines”.

The Community Executive is trying to force the Twenty-seven into a linear 15% cut in gas consumption, regardless of their supply structure or exposure to Russia. Only at the last minute did Spain and Portugal manage to lower this target threshold from 15% to 10% for countries that, like them, can demonstrate that they “cannot contribute significantly” to increasing the direct or indirect supply of other member states with few Connections to the rest of the EU. Still, 10% would be a very harsh cut, forcing industrial demand rationing, with the consequent economic damage.

Galamba recalled that reducing gas consumption in Portugal would not lead to an increase in gas consumption in other countries, as Brussels believes, since there are no gas pipelines capable of transporting it, and that the drought situation in the Iberian Peninsula means an increase in gas consumption forces consumption in Portugal by 67% in the first five months of the year compared to the same period in 2021. In order to meet the 15% reduction mandated by Brussels, the Portuguese government claims that the weight would fall on industrial production, which it would have to limit its activity as the household sector consumes only 10% of gas.

In their opposition to the Brussels proposal, the Spanish and Portuguese arguments – two countries that share both a market and a gas and electricity system – are very similar. Although both executives – led by a socialist: Pedro Sánchez and António Costa respectively – are open to increasing solidarity between the European partners, they believe that reducing gas consumption in the peninsula will not lead to an increase in supplies to the rest of the world continent would lead. In June, Spain re-exported 20% of the gas bought abroad: 10% directly – via gas pipelines via France -; 8% indirect: the gas is burned to generate electricity and this in turn is routed through the neighboring country by cable; and 2% from ship transhipment: fuel reaches the peninsula in large ships and is then redistributed to others of smaller capacity.

The second argument has to do with the huge economic investments that have been made in the regasification network over the years. Spain has invested more than 3,500 million euros in its seven inbound gas receiving and treatment plants (six active and one more idle), according to government figures, at a cost of about 300 million euros a year that consumers pay through tolls and fees.

Spanish employers in the gas sector (Sedigas) this Thursday also endorsed the government’s position “not to consider the hypothesis of a general demand restraint for either domestic or industrial consumers”. In a statement, the business association emphasizes the importance of savings, but recalls both Spain’s “low dependency” on fuel from Russia and the “strategic relevance of the national gas infrastructure, which already today contributes to the energy security of all the member states.

- Advertisement -
Share
Facebook
Twitter
Pinterest
WhatsApp
Previous articleBuy PS5 on Amazon: the situation after the big fall
Next articleProsegur and Microsoft conclude the first year of their alliance in the field of digital transformation and co-innovation