Porsche and Apple cooperate… a duo on the same frequency 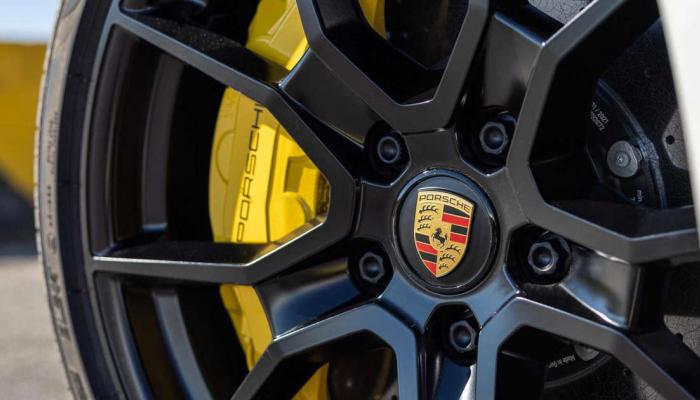 Porsche has announced its intention to expand its collaboration with Apple, for future new projects, whose identity has not yet been revealed.

According to the Motor One website, Porsche CEO Oliver Bloom has confirmed that his company is on track to expand cooperation between it and US electronics giant Apple.

“Now, thanks to our cooperation with Apple, we have the Apple CarPlay technology system and we will start from here to expand in the future,” Bloom said in comments reported by the site.

The CEO of Porsche described the relationship between his brand and Apple as of the same frequency, but it is still early to determine future joint projects between the two.

Porsche’s interest in cooperating with technology companies reflects its future projects that focus on electric cars, which will need advanced technical systems to control and operate them.

Other companies of the same type

At the same time, Volkswagen has entered into talks with the Chinese company Huawei for a joint agreement with investments amounting to several billion dollars.

According to the “Car Buzz” website, the purpose of this agreement is Volkswagen’s desire to use Huawei to develop an autonomous driving system for German cars in the future.

Sony and Honda too

And it seems that the Japanese company Sony did not falter in its hopes of entering the world of the automobile industry, which it announced through its first experimental model in 2020.

When Sony unveiled its Vision-S concept model at CES in Las Vegas, a model that was followed by another Sony SUV model in early 2022.

And now Sony is preparing to expand its projects in the automotive industry after announcing a partnership that brings together the Japanese brand Honda, which includes the two companies that develop electric cars and sell them together.

According to the website “Motor One”, which specializes in automobile news, the new partnership between Sony and Honda was announced under the trade name “New Company”.

The partnership will see Honda manufacturing electric cars in factories designated by Sony for this task, with the first model to come from this partnership starting in 2025.

The first model announced by Sony, the Vision-S, was presented by the company with an electric motor that produces 536 horsepower, with an acceleration rate from zero to 62 miles in 4.8 seconds and a top speed of 149 miles per hour. .