Porcuna, the fiefdom of Ciudadanos in Andalusia, which marks the way to resolve the party’s crisis 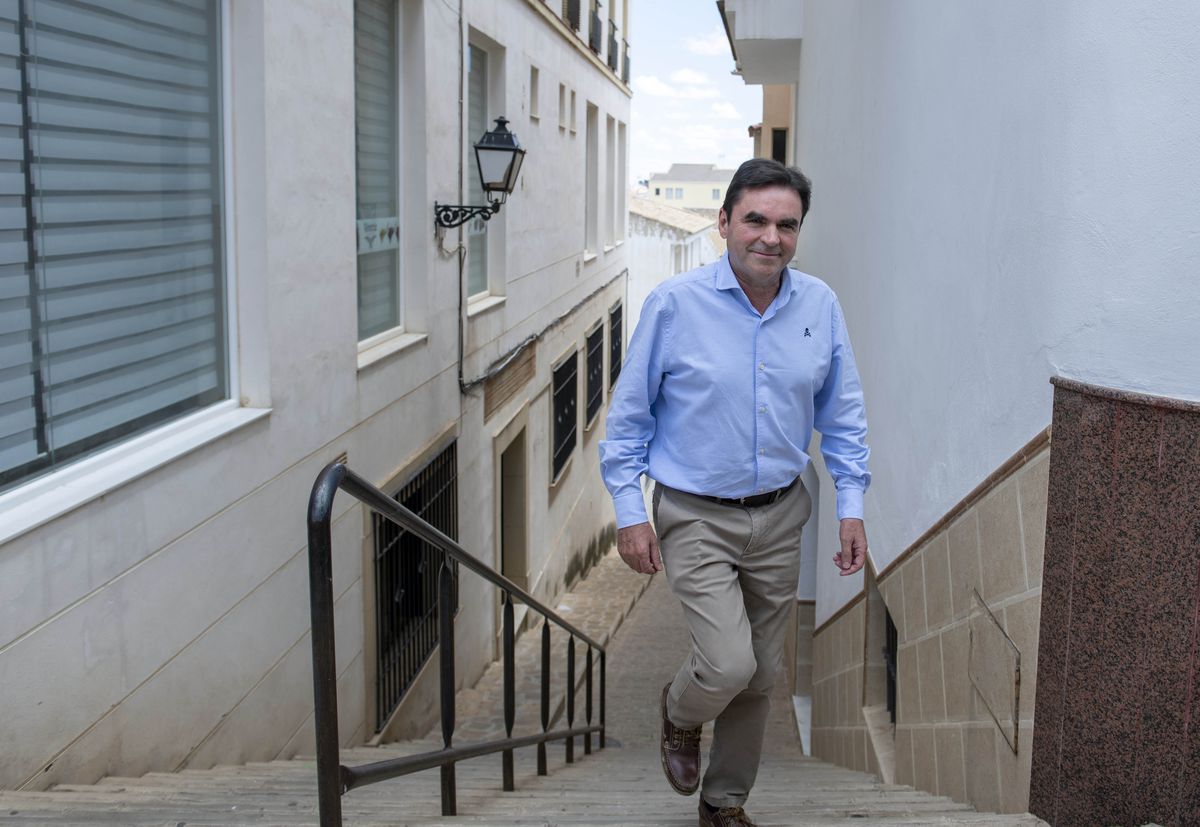 Whatever the name of the party in the future, Miguel Moreno will remain loyal to Ciudadanos. This 58-year-old lawyer, mayor of Porcuna (population 6,115, Jaén), has achieved the unthinkable for a formation that is currently going through one of its deepest crises: that Cs was the most elected force in his city with 33 % of supports, 1,271 ballots and a stake of 75.8%. Of Andalusia’s 785 municipalities, only Porcuna and Aldeaquemada, a neighboring town, Ciudadanos won in recent regional elections. Convinced that a liberal party “is necessary in Spain to avoid social collisions”, Moreno is committed to a total reorganization in the spirit of the “refoundation” that its President Inés Arrimadas is now striving for and which was accelerated after the debacle of Andalusia’s elections . The Mayor trusts the recipe for survival, but believes it should have been introduced sooner. And apply now.

Miguel Moreno came to Porcuna from Jaén at the age of 17, a municipality mainly dedicated to agriculture. He got married, started working as an insurance broker and graduated with a law degree at 30. His start in politics was with the People’s Party, from which he divorced after internal problems. “People with many ideologies lived together and it was noticeable. I was more liberal and moderate,” he recalls. Later he tried to create the Partido de los Pueblos de Jaén with other comrades who had left the PP, but the incursion of Ciudadanos, an accidental ideology and the arrival in Porcuna of the former secretary of the organization of the Cs, Fran Hervías, both made him like the others, they will end in Cs. “Hervías puts the Ciudadanos postulates on the table and we see that the agreement is 95%. At first we said no, but with the national and regional boom, we joined forces,” says Moreno. In May 2019, the current mayor took part in the municipal elections for citizens for the first time and won 71.9% of the votes.

Every respondent in Porcuna answers the same: Ciudadanos won because the mayor is “a very good mayor”. “Also for his son, who worked hard for us,” adds another neighbor. Moreno’s son, Enrique, 36, was one of the 21 MPs Cs had in the regional parliament until the party was ousted from the chamber. And he was the list leader for Jaén in these last elections. The father is a provincial coordinator alongside the mayor and one of the 124 members of the General Council – the highest body among the Cs assemblies – which is scheduled for a crucial meeting on Monday for the future of the party.

After Sunday’s election crash, Arrimadas used the word “refoundation” for the first time as a way out of the crisis. Management intends to come up with a new program, organization, leadership and even brand to endorse the bases. This Monday, the general assembly of Cs, which takes place in the afternoon, has adapted its agenda to the situation and the calendars, after the extended board also addresses the crisis in the morning. Moreno will sit on the council and convey an idea that is clear to him: “Everything must be decided and approved in July. We cannot go on vacation again in September and continue the process.” Instead, the dome is said to continue the listening process in the fall.

The mayor, unlike other organic positions, is not asking for Arrimadas’ resignation, but he wants management to face a new vote for his confirmation. And like the leadership and dozens of affiliates, he believes that “refounding” must imply revolution in all senses. But Moreno goes one step further.

This mayor is one of those elected with the highest percentage of votes in Spain and believes that the organization must strengthen the local base because it is the neighbor “who trusts his mayor”. And thus increase the number of supports for citizens. “PP and PSOE also had crises. But they have many mayors who hit the mark. We were with 57 MEPs, but we are a giant with feet of clay and we have no foundations. Why? Because the foundations are laid by the city councillors, the members and the mayors. This will be our antidote if they want us gone, the savings you must have. If we resist in the local elections, we will not go away again.” The councilor and lawyer believes that the list leaders for the local elections should be elected in September “to start campaigning in their cities”.

In a restaurant near the town hall, Encarnación Rodríguez and María Dolores Rodríguez, sisters in their seventies and sixties, rush to lunch. They chose Ciudadanos for Miguel Moreno and say they will follow him wherever he goes. “Let’s see what happens with this game. It seems that it will go away, but if Miguel continues, we will support him,” says Encarnación.

- Advertisement -
Share
Facebook
Twitter
Pinterest
WhatsApp
Previous articleThe publicist Miguel Olivares and pasta at the end of the world
Next articleFrom La Tasquería to El Lince, a tribute to the most popular offal with surprises