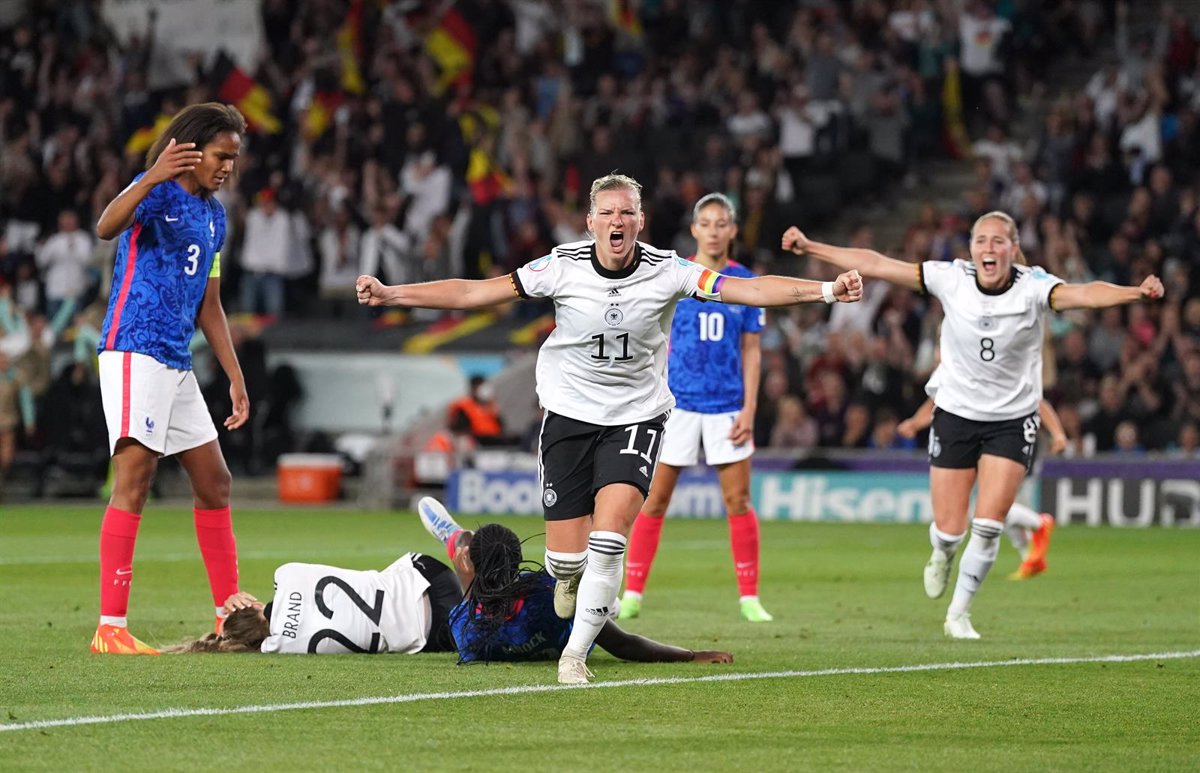 England-Germany, at Wembley on Sunday

Germany defeated France (2-1) on Wednesday and reached the Euro 2022 final, which they will play against hosts England at Wembley on Sunday, thanks to a brace from record-breaking Alexandra Popp.

The Germany captain gave her team the lead in the closing stages of the first half, which saw goals come. After a lot of pressure and intensity from both teams, looking for dominance and chances, Popp almost caught a cross in the narrow penalty area, won the game over her defender and scented the goal from a distance.

However, France went into the break 1-1 thanks to a long-range effort from Diani that went off the post, into the Frohms goal and then into the net. The French team, in a historic EM as they had never reached the semi-finals, was able to raise the level in the second half and make the Germans uncomfortable.

The game became tight in the middle of the field, a battle in which it was difficult to win lines and reach the opponent’s field. France’s move forward also gave Germany ways to get there, although they needed no more than another center and Popp’s nose. The ball flew from the right and the captain’s power did the rest (2:1).

Popp added her sixth goal of the tournament so far and equals with England’s Mead, with whom she will meet in the final, and her compatriot Inka Grings from the 2009 edition as top historical scorer in a closing stage of the tournament. France didn’t throw in the towel and had their arrivals, but without a goal.

Germany, the eight-time champions, will be aiming for a title they haven’t tasted since 2013 against an England who, after beating Sweden in the semi-finals on Tuesday (4-0), will be fighting at home for the title they have held so far escaped. Finalist 1984 and 2009.