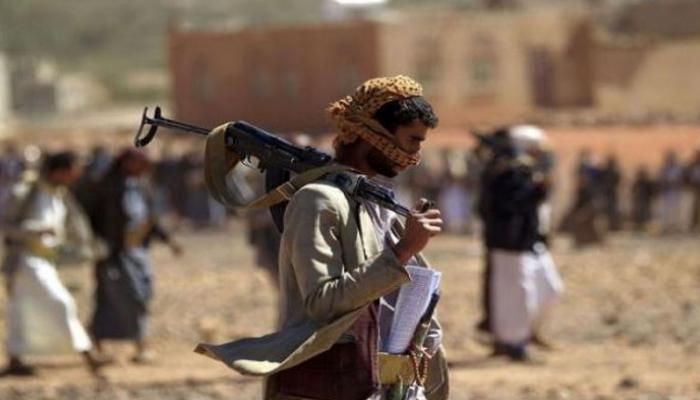 Yemeni politicians viewed the Houthis’ targeting of vital and civilian facilities in Saudi Arabia as international terrorism practiced by militias to threaten the security and stability of the region.

While the Houthis’ attack on Saudi facilities, which include major global energy sources, raised fears of an exacerbation of the fuel crisis, politicians confirmed to “Al-Ain News” that the militias are playing with fire and have incorrectly interpreted the statements of the Arab coalition. support for peace to continue with their terrorist attacks.

On Sunday, the Arab coalition announced the interception of a series of attacks carried out by the Houthi militia with Iranian cruise missiles and some 9 drones launched against Saudi civilian facilities, including the Aramco oil facility in Jizan.

The hostile attack by the Houthis is part of international terrorism practiced by rebels backed by the Iranian regime with the aim of exacerbating the global fuel crisis stemming from the war in Ukraine, and in an attempt to blackmail the international community.

The timing of the terrorist attack conveys political messages in response to the Gulf Cooperation Council’s call for the parties to the conflict in Yemen to hold peace consultations, and the meaning of these messages is the rejection of all efforts aimed at resolving the Yemeni crisis. and end the war.

And every year on the dates of March 19 and 26, which coincide with the start of the Houthis’ war and the announcement of the Decisive Storm, the Houthis escalate their military operations by launching marches and missiles.

Southern Transitional Council official Adel Al-Shabhi confirms to “Al-Ain News” that the recent Houthi attack comes as a reminder and exploitation of this memory in front of oppressed people under their authority to send messages that he is present, and messages of pressure on the parties, either on the coalition countries or on the Yemeni parties that he fought and tried to exclude from the scene.

Al-Houthi also shows his weapons before the UN envoy and the efforts of the international community such as letters of pressure, discussion and improvement of the negotiating position, according to a member of the external dialogue team of the Southern Transitional Council.

Al-Shbehi points out that the Houthis’ attack on Saudi Arabia this year and targeting an oil facility is in line with international efforts towards the Vienna Agreement, as well as the Russo-Ukrainian war, as well as the global oil crisis. fuel.

The southern politician believes that with such a step, there is no doubt that the international community, although reluctant to support the efforts of the countries of the Saudi-led coalition, may be driven by the need for oil to take a clearer position. with the Kingdom of Saudi Arabia in this field.

The Houthis risk threatening the world’s main energy sources to make coalition countries and the international community comply with their conditions, which will backfire, according to observers.

In his interview with Al-Ain Al-Akhbar, Brigadier General Saleh indicated that the Houthis chose the wrong moment to pressure the international community and impose their conditions, noting that the attack comes in light of the global fuel crisis. and in the light of Riyadh. invitation to the Yemeni-Yemeni consultations, a call that was very well received, both in Yemen and at the regional and international levels.

He said: “Contrary to what the Houthis think, their reckless behavior in targeting civilian installations in Saudi Arabia will only increase the international community’s outrage and impatience towards the Houthi terror group.”

The Houthi militias’ attacks on vital facilities and civilians in Saudi Arabia were met with Yemeni, Arab, regional and international condemnation.

The Yemeni parliament condemned the attacks on vital facilities and civilians in Saudi Arabia as a dangerous escalation by the Houthis and a threat to security and stability in the region.

In a statement, the Yemeni parliament considered the attacks on vital and civilian facilities in Saudi Arabia by the Houthi militia as “despicable terrorist attacks and a flagrant violation of the principles and norms of international law.”

The statement described the Houthi attacks as “treacherous and aggressive acts” and further proof of the Houthi militia’s insistence on bringing Yemen into hostility with its entourage and its brothers, an act rejected and condemned by all Yemenis.

While the statement affirmed the Yemeni parliament’s full solidarity with Saudi Arabia and the steps it is taking to protect its security, it called on the international community to take an immediate stand and take decisive action to stop aggressive actions against vital and civilian installations and the security of the Kingdom.