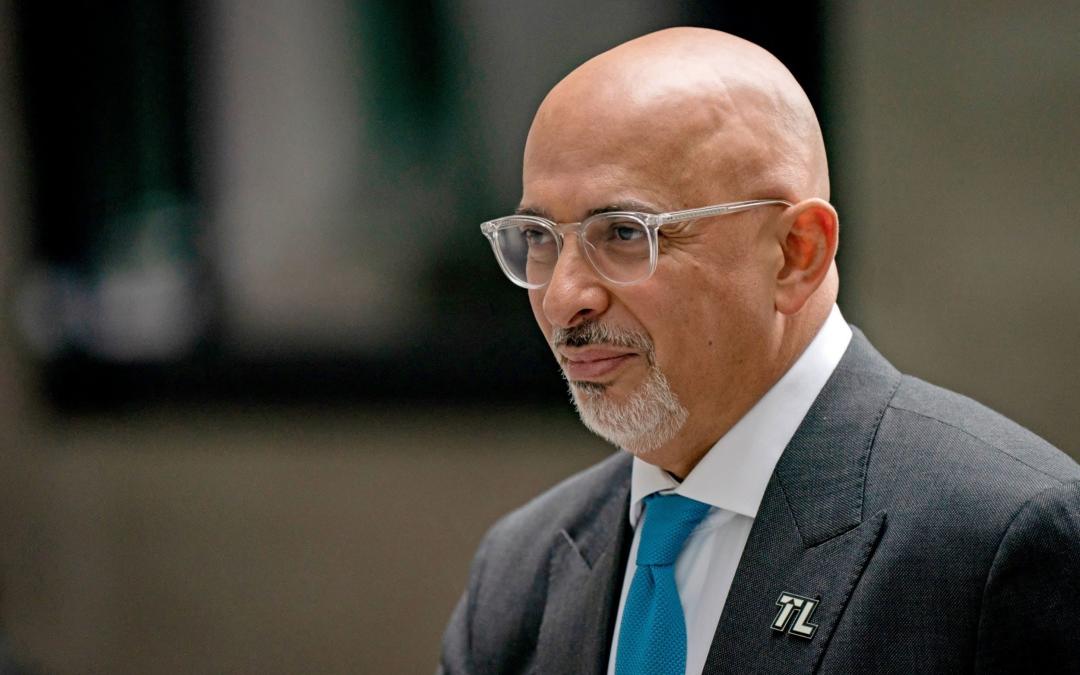 Nadhim Zahawi warned Vladimir Putin today that “there will be a reckoning” for his invasion of Ukraine, as the Education Secretary said he believes “there is no doubt” that Russian forces have committed war crimes.

Zahawi said that Putin “has no place” in Ukraine and demanded that the Russian president stop his “illegal” incursion and withdraw from the country.

The cabinet minister, meanwhile, distanced the UK from Joe Biden’s apparent call for regime change in Russia, saying “it is up to the Russian people to decide who rules them.”

Biden provoked an international backlash from his own allies after the US president called Putin a “butcher” and insisted the Russian leader “cannot stay in power.”

Zahawi declined to endorse Biden’s comments, but said he believed “the Russian people are pretty fed up” with the Putin regime.

Sir Kevan Collins resigned as the government’s Covid recovery czar in June last year after he reportedly requested a £15bn support package for schools, but ministers put forward only a fraction of that.

The Government has now pledged a total of approximately £5bn to catch up.

Nadhim Zahawi, the Secretary of Education, insisted today that “he is not interested in announcing big numbers”, but in “how we are going to spend it”, while defending the Government’s spending plans.

He told Sky News: “What I’m saying is I’ve got £7bn to invest in schools, I’ve got £5bn in recovery.

“Let me get this right and I can show Kevan Collins and the rest of the country how well we’ve done to catch up.”

He added: “Regarding Kevan Collins, I’m not interested in announcing big numbers, I’m interested in how we’re going to spend it.”

One of the key proposals is to reintroduce a commitment for all schools to become academies by the end of the decade.

The Government will seek to achieve this by reversing its current ban on councils participating in the academy scheme.

Councils will be able to establish and manage their own academic trusts, which is expected to encourage more primary schools to transition to academies.

Zahawi said this morning that his goal is to “complete the journey” to the academies that began two decades ago.

He told Sky News: “It means, I hope we can complete the journey, which is what my white paper does, of a family of schools, all the evidence suggests that schools working together in a family of schools that is strictly managed “. very well underpinned by a strong multi-academic trust, and I emphasize strong, high-achieving, delivers better outcomes for children.”

Nadhim Zahawi: “Without a doubt” the war crimes committed in Ukraine

The Education Secretary has warned Vladimir Putin that “there will be a reckoning” for his “illegal” invasion of Ukraine.

Zahawi said that Putin “has no place” in Ukraine and that Russia has to “make sure they withdraw.”

Asked if he agreed with Biden’s description of Putin as a “butcher”, Zahawi told Sky News: “I think war crimes have been committed in Ukraine, certainly in my mind.”

“The evidence is clear on that. It’s right to collect that evidence because it’s also important, my family had experience with Saddam Hussein, it’s important for despots and dictators to understand that there will be a reckoning and that reckoning will come through.” of the International Criminal Court in The Hague.

Joe Biden’s speech in Poland on Saturday night remains in the news after he called Vladimir Putin a “butcher” and insisted the Russian president “cannot stay in power.”

The apparent call for regime change sparked a backlash from Biden allies and Zahawi today distanced the UK from the comments.

Asked on Sky News if he thinks Biden was wrong to speak, the education secretary said: “Well, both the White House and the president have been clear on that. We agree with them that it’s up to the Russian people.” decide who”. governs them and the future of their country.”

Pressed specifically on Mr. Biden saying that Mr. Putin “cannot stay in power”, he said: “I hear you. What I would say is that he depends on the Russian people.

We have a busy Monday ahead of us, with Nadhim Zahawi launching his new white paper on education this morning before Rishi Sunak faces questioning on his Spring Statement in front of the Treasury Select Committee this afternoon.

I’ll walk you through the key developments.