Police officers attacked in San Rafael: what are the penalties for attacking a police officer in uniform? 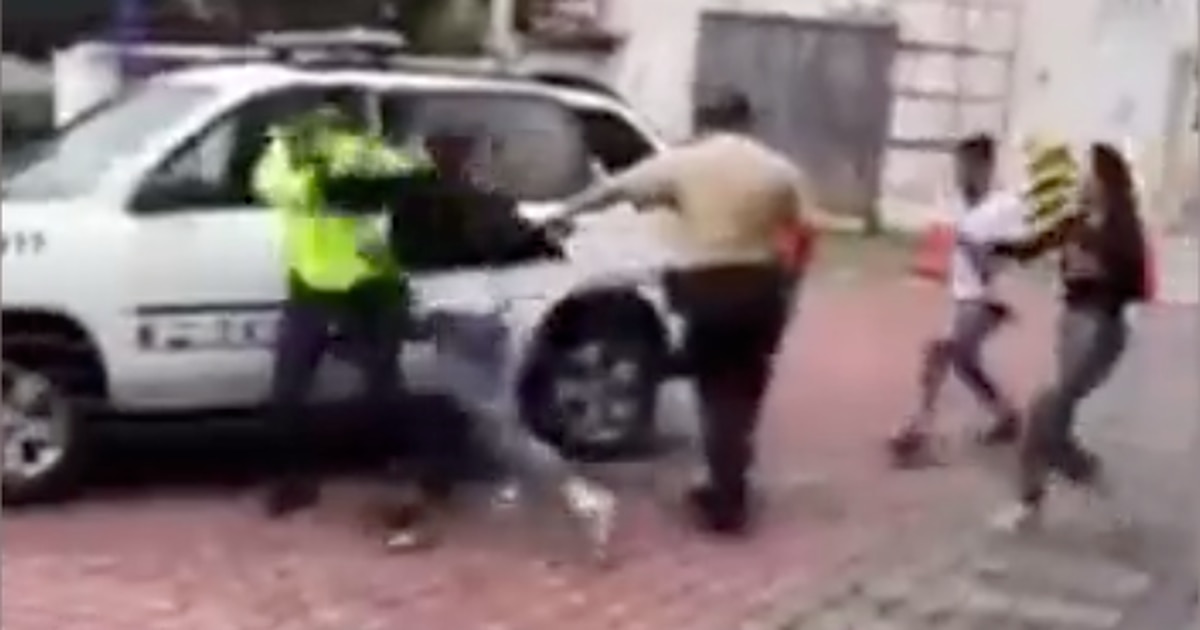 A video went viral on social networks on the morning of Wednesday August 3. Juveniles suspected of being intoxicated were arrested by National Police officers for attempting to drive a car in this manner in San Rafael, Valles de los Chillos in Quito.

However, the two boys and a girl responded aggressively to the gendarmes. One of them even threatened the agents saying that he is the son of a certain “mayor Freire”.

Despite the attacks, the police managed to control the situation and as they pointed out a few hours ago via Twitter, one of those present was arrested for assault against the elements of the public force, as well as a lawsuit against the other boys.

Metro Ecuador communicate with him Lawyer Jose Paul Gallardospecialist in criminal law, so that he can explain to us precisely the charges which would weigh on these young people for having acted in this way.

What are the sanctions in case of aggression against the police?

“There is a criminal type that was included in a reform that was made in 2019 called ‘Attack or Resistance’, which means that any public security officer who is attacked by a citizen, as has happened with law enforcement officers, will be prosecuted.

The lightest sentence will be six months to two years. However, it can range from one to three if there has been prior agreement to commit the attack or the resistance. It is a crime against the efficiency of public administration.

You can’t with these “Quiteños de bien”.

😂Background:
Crazy children with “iPhone 11 pro” collide, they do stupid things, one of them is close to “Mayor Freire” insults and threatens the police.

What does article 283 of the COIP say?

“The person who attacks or resists with violence or threatens public employees, depositaries or agents of public force, commissioners for the collection of taxes and contributions, executors of decrees and judicial decisions, guards at customs and collection offices and to the police officers the officers, when they act in execution of the laws, or of the decrees or regulations of the public authority, will be punished by a custodial sentence of six months to two years”.