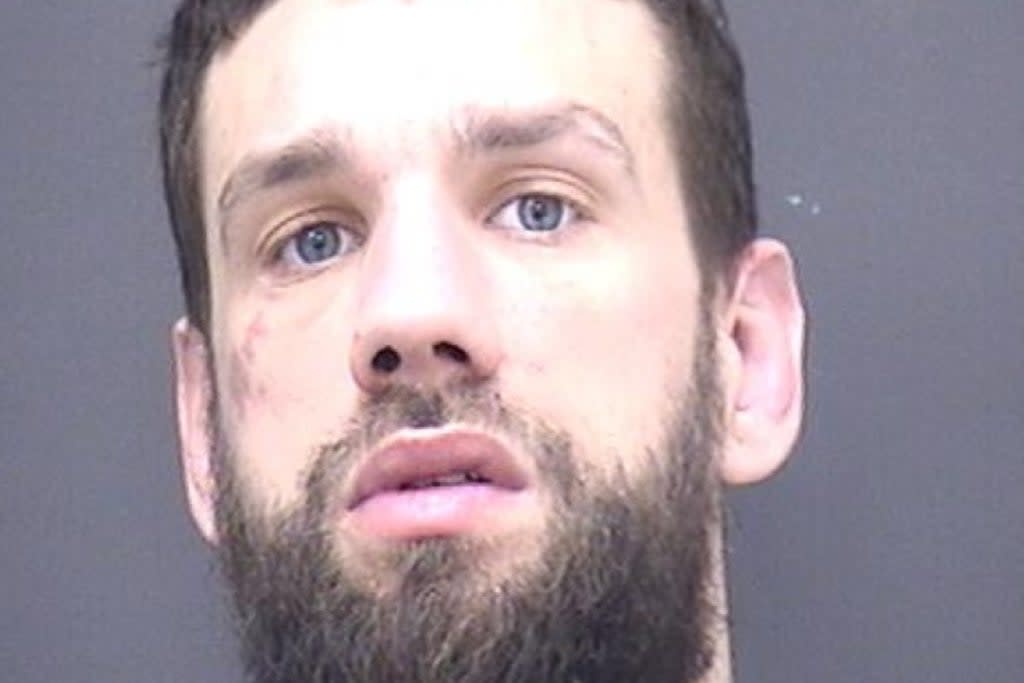 Police searching for an inmate who escaped custody dressed only in underwear and socks say he may have shaved his beard and head.

Dorset Police are renewing a request for information as they carry out “thorough searches” to find 32-year-old Kyle Darren Eglington.

The force said it received a report at 11:12am on Saturday that Eglington had escaped from a court prisoner transit van in Hardy Road, Poole, after having assaulted security officers.

He was reportedly only wearing underwear and socks when he fled the van, police added.

We think he may have significantly changed his appearance and will therefore look different than the last image we have of him.

Eglington has been described as white, five feet 11 inches tall and of medium build, with dark brown hair and a beard.

Dorset Police said on Sunday their search is continuing with the help of a National Police Air Service helicopter and British Transport Police.

Investigations have revealed he may have been in the West Howe area of ​​Bournemouth in the early hours, the force said.

Officers believe Eglington may have shaved his head and beard since escaping.

He was taken into custody after being charged with theft in connection with an incident in Bournemouth on Thursday and appeared at Poole Magistrates’ Court the following day.

Chief Inspector Neil Wright said: “I would like to assure members of the public that we have a number of officers conducting searches and other investigations in an attempt to locate Kyle Eglington as quickly as possible and return him to legal custody.

“We think he may have significantly changed his appearance and will therefore look different than the last image we have of him.

“I would urge anyone who sees Kyle, or a man matching the description given, to report it to us.

“There is nothing at this time to suggest that he poses a risk to the general public, however we urge people not to go near him and dial 999 immediately.”

Dorset Police said anyone seeing Eglington should dial 999, while anyone else with information should call 101 quoting incident number 26:244 or contact Crimestoppers anonymously on 0800 555 111.