Polarization, the only certainty in Colombia 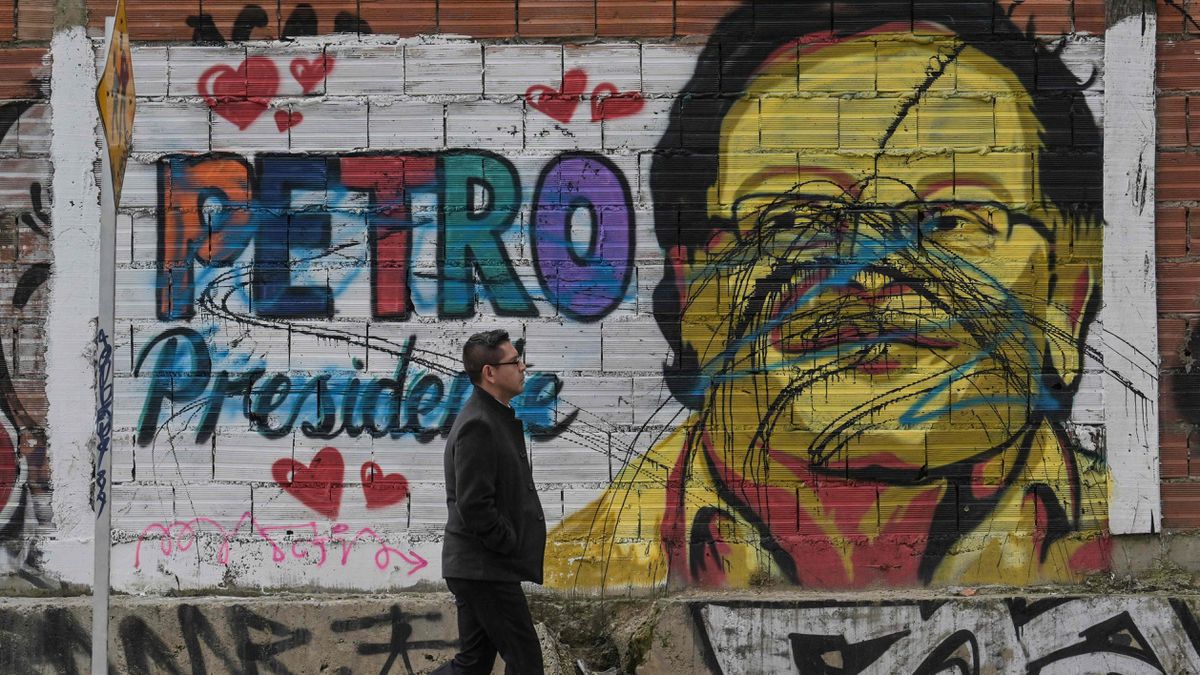 When Colombia learned on May 29 that Gustavo Petro and Rodolfo Hernández would be the ones playing for the presidency in the second round, the immediate interpretation of most analysts and voices in the media was clear: the country demands change. After all, it was two candidates who succeeded because they focused their entire strategy on attacking the United States Furnishings; the first in the style of the Latin American populist left and the second in the style of the leaders Berlusconer who offer quasi-business solutions to corruption. Well, to that headline, some have added a basic slogan: Now you must decide what change you want. Three weeks of intense campaigning on, that decision appears to remain marked by the polarization that many, beginning with Hernández himself, were hoping to escape.

Going into the final stages, Hernández interpreted his six million votes as confirmation that the public’s only concern was to see him far removed from the old political class. For this reason, he entertained threats of alliance with both the political center and the traditional right, which he disrupted. Trying to escape the cage of polarization, he hit rock bottom in the polls, starting at 51-53% and finishing at 47%, level with his rival who still felt comfortable on the left side of the spectrum. The data suggests this happened to him because he overestimated his ability to compete with Petro for the anti-establishment crown and underestimated the potential to occupy the opposite ideological space.

To prove it, let’s take Colombian society and divide it into two broad groups. Those who would most likely never vote for Hernández with Gustavo Petro are those who have no problem labeling themselves left-leaning in opinion polls. After all, the former guerrilla fighter, former senator and former mayor of Bogotá has had an entire political career both outside and inside the law, which makes his affiliation clear. For these voters, there would be little incentive to choose a fuzzy rival. About 22% of citizens belong to this group, according to the survey carried out by 40db in April of the same year for EL PAÍS. The remaining 78% identify as center (12%), right (16%) or reluctant (50%). There is no a priori reason to believe that this second group would not at least consider voting for Hernández. According to Rodolfo’s hypothesis in his campaign, these 78% would be at least as distant from the institutions as the other 22%. And not too separately on specific ideological issues. However, the same survey shows the exact opposite.

First of all, potential left-wing voters are significantly more dissatisfied with democracy than the rest: on a hypothetical thermometer from 0 (total satisfaction) to 10 (total dissatisfaction), they are at 7.7; the others on 6.8. That means Rodolfo’s potential constituency expects an anti-political tone.furnishings less intense than that almost assured by Petro.

The difference is also evident in terms of ideological weight, sometimes significantly: the 78% who are not on the left are less likely to be feminists, they have a much more moderate position on freedom from abortion, they are reluctant to demand that the state protect the well-being of all Citizens guaranteed, and even access to euthanasia (although a majority in Colombia is in favour).

In short, Rodolfo Hernández’s potential constituency is more conservative than Petro’s and less inclined to speak against established institutions. She is waiting for classic polarization, for substantive, ideological questions. But Hernández overinterpreted the results of the first round, forgetting that there was another candidate, Fico Gutiérrez, who reached five million votes with a traditional right-wing message. Rodolfo cannot win without a majority of these votes, and to win them polarization is or was the necessary weapon.

This is a polarization of an ideological nature around certain issues. It is not the polarization that political scientists call “affective”: the degree of rejection, even dislike, of those who think differently. When moderate voices in Colombia, like the rest of the world, accuse polarization of being the source and umbrella of all the ills democracies experience, they tend to confuse the two. But they are different.

Ideological polarization may simply reflect a society genuinely divided in both its material reality and its perceptions, something consistent with both Colombia’s conflict-ridden history and the socio-economic or territorial divides that run through the country today. Working through these divisions, not denying them, is the task of democracy. Affective polarization makes it difficult, turning the divide into an impassable chasm. But the paradox is that in this campaign Colombia has turned up the volume on affective polarization without including the ideological. This leaves the fundamental part of the democratic process, elections, less effective in channeling differences. But it also burdens you with the cost of dissatisfaction, fear, and even hatred of the dissenting neighbor. It would be much more valuable to have candidates who not only recognized the essential differences, but also highlighted them in order to reduce the personal ones. For Colombia, however, this was a missed opportunity (yet another).