Pogba admits Mourinho got him down 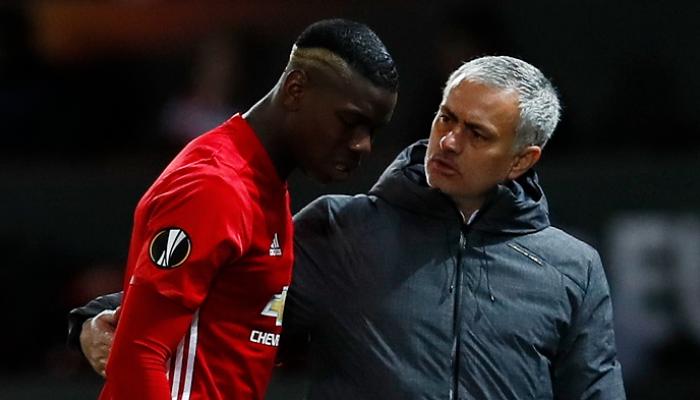 French midfielder Paul Pogba, the Manchester United star, has admitted that he suffered from bouts of depression throughout his professional career.

Pogba, crowned with the French team’s World Cup title 4 years ago, briefly became the world’s most expensive player when Manchester United signed him back in August 2016 from Juventus.

The 29-year-old has faced the most criticism over the last term in light of his team’s fluctuating performance, and has not won a major title since winning the English League Cup and European League title in 2017.

Speaking to the French newspaper “Le Figaro”, while with the French national team, Pogba revealed that he had had personal crises off the pitch throughout his career, adding: “I got depressed during my career, but we won’t talk about that.” . this issue.”

And he added: “Sometimes you do not know that you suffer from this, you also want to isolate yourself and stay alone. They are unequivocal signs.”

Pogba explained that he noticed his suffering began during José Mourinho’s tenure as Manchester United manager between 2016 and 2018.

The relationship between Pogba and his former Portuguese coach became strained during their time together at Old Trafford, after the French star lost his job as second captain of the team in September 2018.

Pogba said: “The suffering started when I was playing under José Mourinho at United, and in that period you start asking yourself questions and wondering if you were wrong, because you didn’t go through those moments in your life.”

The French international pointed out that the wealth and accolades enjoyed by the professional footballer do not prevent the players from going through difficult times.

And he added: “All the outstanding athletes go through these moments, but few talk about them… You must feel it (depression) in your body or in your head, and this can last a month or even a year, as long as how you feel that you’re not okay. But there’s no need to say it’s public anyway.”

He continued: “We make a lot of money and we don’t really complain, but that doesn’t mean that we can go through more difficult times than others. Our situation is like the case of others.”

And he concluded: “Does collecting money always make you happy? It doesn’t… We in football are not superheroes, but we are human beings.”

It should be noted that Pogba’s tour with Manchester United is about to end at the end of this season, due to the fact that he failed to reach an agreement with the management of his club regarding the renewal of his contract, which expires in June. .