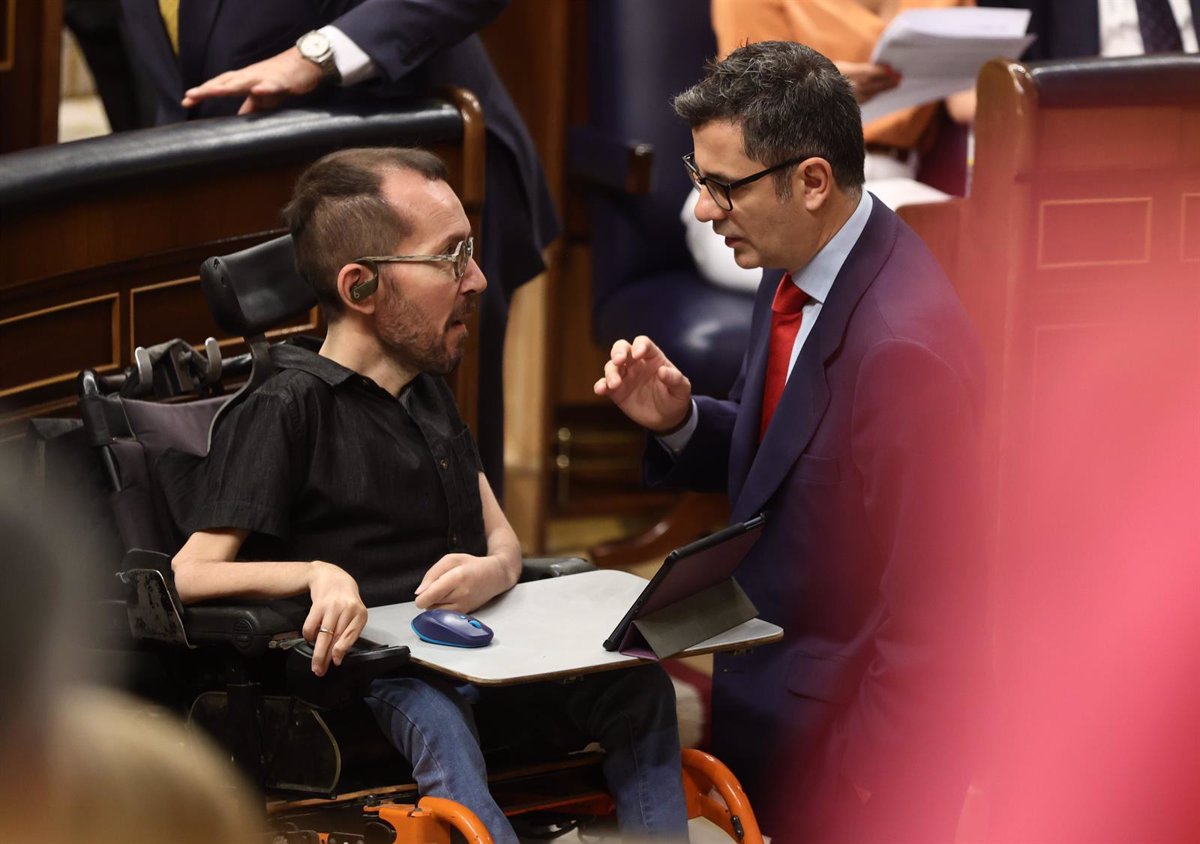 Echenique says the measure isn’t bad, but he asks for more courage and for “political initiative” to be regained, such as reducing public transport

United We Can spokesman Pablo Echenique has stressed that the VAT cut announced by President Pedro Sánchez is a “not bad measure by the PSOE” but he understands that it is “very insufficient” to protect families from inflation.

In this sense, he has assured that his political space “will fight to the end” to include improvements in the extension of the anti-crisis decree that will be adopted this Saturday in the Council of Ministers, which includes an immediate increase in taxes on electricity and oil companies to deal with it issue a €300 relief check to the most vulnerable families or apply for a €10 travel pass.

In statements to the media in the corridors of the Congress, Echenique has stressed that they “do not even remotely believe” that this reduction in VAT on electricity will be enough to combat the rise in prices or to help the government, after the elections in Andalusia regained the initiative.

That is why he is calling for “bold” measures such as the €300 help for families to correct the price increase that the purple formation already raised in March and to reduce the monthly public transport subscription to €10. And all of this is financed from a special tax that “significantly” increases the taxation of electricity and oil companies, since it is a “scandal” how they “feed money” with the upward trend in prices.

Echenique stressed that they are negotiating with their coalition partner and “putting it on the table”, that “their legs do not tremble when confronting the powerful”, that they have “boldly” come to “insult” consumers, he said President Iberdrola. “This is what we are defending in the negotiations and we will do it until the last moment,” he stressed.

WE MAY NOT KNOW THE MEASURE

Sources in the Confederate space have explained that the chief executive’s announcement was not communicated to either the parliamentary group or the leadership of Podemos, headed by Social Rights Minister Ione Belarra.

After stressing that it is an element that can contribute and that there is a majority that supports this reduction, from the coalition’s purple wing they indicate that it must be complemented by other improvements, such as those made by United We can be suggested.

In this way they explain that the technical negotiations with the Ministry of Finance on tax issues are led by the second vice president, Yolanda Díaz, and the secretary of state for social rights, Nacho Álvarez, for the technical section.

In this sense, they are optimistic about the option to include a reduction in public transport, which could be around 50%, in line with what has already been implemented in Germany.

At the same time, he advocates from those close to the Vice President that the VAT reduction “simply is not enough” and that they will continue to campaign for an “ambitious” royal decree that will go into the pockets of the families. And for this they demand that the reduction in transport, the check will help, and with “urgent nature” the increase in taxes for large energy companies.