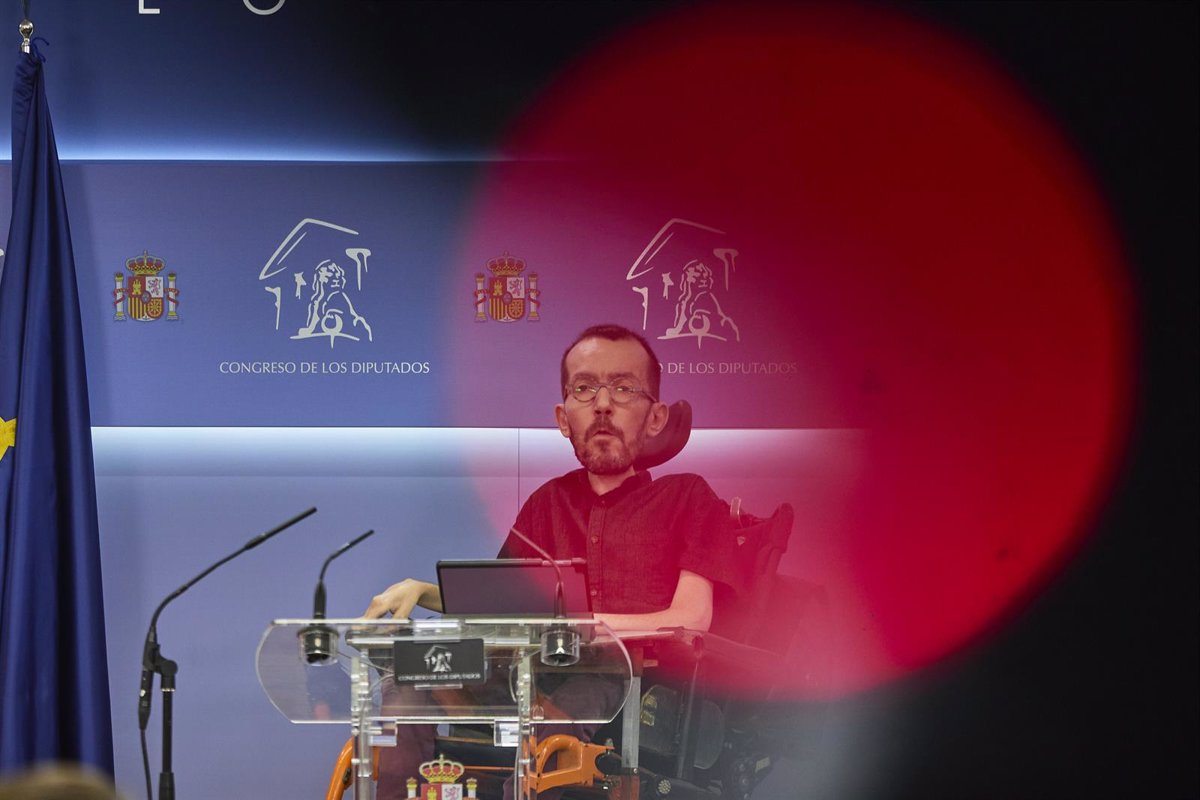 United We Can, parliamentary allies of the government such as ERC, Bildu and Compromís, as well as PDeCAT, CUP and BNG registered their request for a commission of inquiry into so-called “media channels” in Congress this Thursday. , an initiative that does not have the support of the PSOE.

This was stated by United We Can spokesman Pablo Echenique, who recalled that there had already been two investigations in Congress into para-police schemes that had worked with the Interior Ministry’s approval during the PP governments.

However, as he denounced, it was not possible within the framework of these commissions to carry out investigations into the “media part” of this framework, which the confederal group considers essential, since without it “the false documents of the misnamed patriotic police would not have had a chance.” , nor have served for anything”.

In statements to the media, Echenique has indicated that the PSOE has no intention of supporting the establishment of this commission and regrets that his partner opposes that the seat of national sovereignty opposes what he calls an “assault on democracy The socialists have fallen victim to the fact that the latest audio recordings released by former Commissioner José Manuel Villarejo speak of Prime Minister Pedro Sánchez “specifically”.

THE PSOE IS ALSO A VICTIM

“We thought they might be interested as they were the target of this conspiracy, albeit to a lesser extent than Podemos, but they told us they were unable to support it,” commented Echenique, the , but does not give up trying to convince your future partner.

Specifically, the coalition government’s minority partner and the other parties mentioned want the Chamber to “investigate the existence of a media network dedicated to the publication and dissemination of false reports, some of which were previously created by vigilante groups existing in the state, in relation to certain political parties and leaders to attack their reputation and good name, with the ultimate aim of interfering with the normal development of electoral processes”.