Pochettino sad for boos to Neymar and Messi 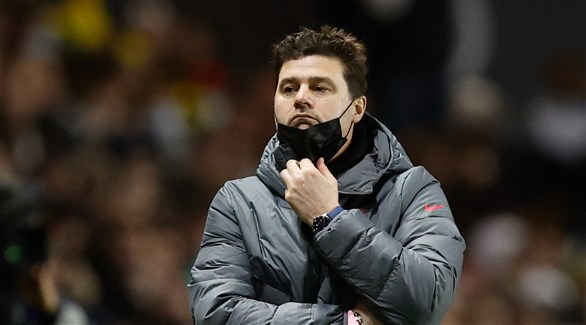 Paris Saint-Germain manager Mauricio Pochettino said he was “sad” to hear the jeers and boos from Paris Saint-Germain supporters during the team’s 3-0 win over Bordeaux on Sunday, but at the same time time emphasized that he and his players “share the disappointment”.

The leaders of the French Ligue 1 table went to work to beat the bottom of the competition, but goals from Kylian Mbappé, Neymar and Leandro Paredes were enough to secure the three points.

Despite this, the fans expressed their feelings, after the sudden exit of the team from the round of 16 of the Champions League due to the 1-3 defeat against their Spanish host Real Madrid last Wednesday, by booing the Argentine magician Lionel Messi and the Brazilian side. Neymar daSilva.

Speaking at a post-match press conference, Pochettino said of the fans’ taunts: “No one likes him like this, it makes me sad. Everyone who loves Paris Saint-Germain after the disappointment in Madrid is sad. I feel sad. what I lived for. Here today.”

The Argentine coach added: “We are all affected, we understand the disappointment and the frustration. We all live this experience as a single team. We have the responsibility to endure what happened, we share the disappointment of the fans.”

The former coach of the Tottenham Hotspur team also spoke about the reason why he pushed the Costa Rican goalkeeper Keylor Navas against Bordeaux, after harsh criticism from his young Italian counterpart Gianluigi Donnarumma.

A naive joke by Donnarumma made Real Madrid score the first goal of the game played at the Santiago Bernabéu, which gave the ‘real’ team hope to return to the game and qualify for the quarterfinals of the continental championship.

Pochettino said: “It’s not the goalkeeper’s fault but a refereeing error (Donnarumma’s error in Madrid), Donnarumma is fine, we chose Keylor today, Donnarumma and Keylor are frustrated. The results determine the choice, not the error.”