P&O ship detained in Larne after being deemed ‘unseaworthy’ 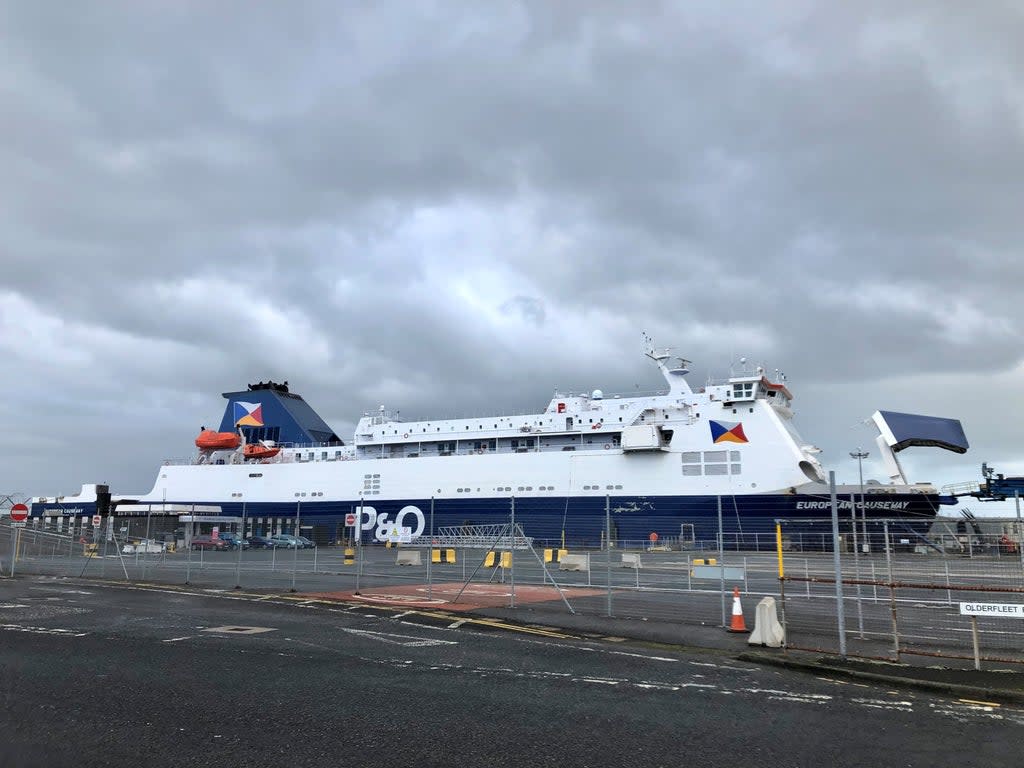 A ship operated by P&O Ferries has been detained in Larne for being “unfit to sea”.

The European Causeway vessel has been held in Northern Ireland port due to “failures in crew familiarisation, vessel documentation and crew training”, the Maritime and Coastguard Agency (MCA) said.

The company has laid off nearly 800 seafarers and plans to replace them with lower-paid agency staff.

Mr. Shapps tweeted: “Following my instructions to inspect all P&O vessels prior to re-entering service, @MCA_Media has detained a vessel for being unseaworthy.

“I will not compromise the safety of these vessels and P&O will not be able to rush inexperienced crew through training.”

The European Causeway entered service in 2000 replacing the Pride of Rathlin, according to the P&O Ferries website.

“Designed specifically for our Cairnryan to Larne route, it has not operated anywhere else and has only been taken out of service if it needs repair,” the website said.

It comes as Prime Minister Boris Johnson backed Shapps’ call for P&O Ferries chief executive Peter Hebblethwaite to resign, over the sacking of 800 workers without notice.

The Labor Party’s shadow transport secretary, Louise Haigh, also called for sacked workers to be reinstated and for Mr Hebblethwaite to be “banned” as director for his role in the crisis.

She wrote on Twitter: “The skilled, experienced and loyal crew must be reinstated. And the CEO should be excluded as a director.

Labor has written to Business Secretary Kwasi Kwarteng asking whether the Government will seek the removal of Mr Hebblethwaite as a director under the Company Directors Disqualification Act 1986.

“It’s not like the crew of one plane gets off one Easyjet and gets on the next one where the controls are exactly the same and everything is in the same place,” he told PA.

“No two ships are the same, and you can’t just fly with a crew and hope they can sail a ship. Each control will be in a different place, but especially all those health and safety drills that must be carried out, from the lifeboat stations to the operation of each equipment.

“It was reckless of the company to think that not only could they act the way they did about laying off people, but they don’t seem to have had a plan for how they were going to go about this and now it’s going down.” Apart from them”.

Meanwhile, the RMT union said it welcomed the stoppage of the European Causeway and demanded the government “seize the entire fleet” of P&O vessels.

General Secretary Mick Lynch said: “The MCA takeover of the European Causeway tonight shows that the P&O gangster capitalist outfit is not fit or suitable to operate a secure service after the massacre of jobs.

“This mob should be locked down, their boats seized and laid-off crews reinstated to get these crucial ferry routes back up and running safely.”

Protests over the P&O actions are expected in Liverpool, Hull and Dover on Saturday.