plot key | How did the ERE fund work? What were the political implications of the fraud? 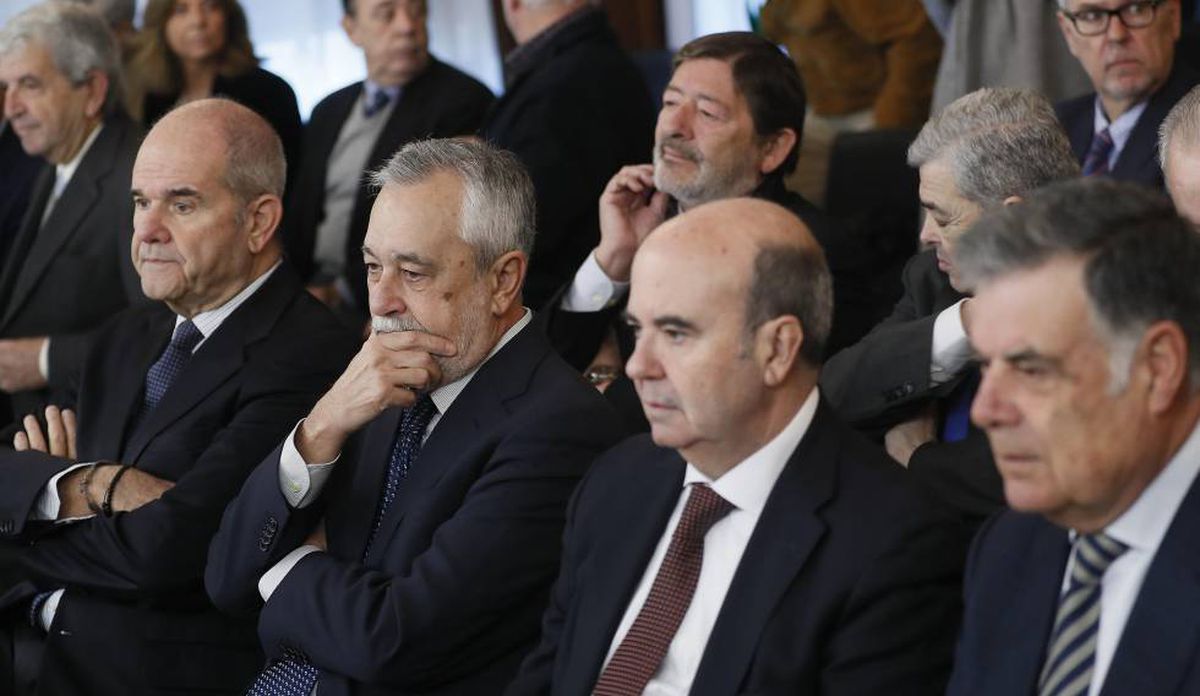 1. What did the ERE fund consist of?

In 2000, the Junta de Andalucía set up a fund for companies in crisis, endowed with 680 million euros until 2010. The budget item aimed to quickly resolve the severe industrial crises the municipality was suffering, with massive layoffs, through subsidies to ERE large companies to pay for the early retirement of 6,328 workers. Apart from the ERE, 15% of the item was intended for direct aid to companies linked to the PSOE.

To provide the grants, the government resorted to fund transfers, a transfer of funds from the Department of Labor to the Ideas Agency, which ended up paying the ERE. This subscription mechanism – already called into question by the general intervention of the Board of Directors in 2003 – led to dysfunctions that worsened over time: intruders appeared – early retirees and corporate outsiders, mostly friends and linked to the Socialist Party – commissions were paid up to 25% of the file costs to the consultants and 1% to the union agencies UGT and CC OO.

The amount of the fund has ranged from 680 to 800 million depending on the year of counting, but the truth is that the board will continue to pay the fund until 2025 with a final cost of 1,306 million with an average of 206,000 euros per pensioner worker.

2. How did the case come about and how did it develop?

In 2009, two businessmen secretly recorded the former directors of the Mercasevilla fish market trying to extort money from them, and they did Mercasevilla case. Two years later, during the investigation of the ERE of this public company, several intruders were discovered, which led to the investigations being extended to the rest of the files subsidized by the board: then the case of the fraudulent ERE was born.

In 2011, Judge Mercedes Alaya gave the case a strong boost, backed by the Guardia Civil’s Central Operational Unit (UCO) – after a bumpy start with the National Police – and with successive confrontations with the Anti-Corruption Prosecutor’s Office. The cause grew in numbers and insinuations until it peaked at 507 people investigated. A good example of its complexity is that in 10 years it has had six coroners.

Today, the macro-cause is a giant that is progressing very slowly: 97 pieces are before the investigative court 6 of Seville (76 in full investigation and 21 in the intermediate phase) and 42 are presented to the provincial court for prosecution, five of which have already been sentenced , but without a final judgement. That here case It has caused a huge traffic jam in the court of Seville, which, given its excessive volume, will continue for decades.

3. What political impact did the case have?

The macro-cause was a major blow to the Andalusian PSOE as embedded corruption in the Labor Ministry came to light and new charges were added by other ministries, former directors, Vice-President Gaspar Zarrías and Presidents Manuel Chaves and José Antonio Griñán. The judicial and police news the case caused – particularly between 2011 and 2015 – left a hangover that helped tarnish the Socialists’ image, linking them to corruption and defeating them in the December 2018 regional elections after 36 years continuously discharging energy.

Chaves’ and Griñán’s accusation was a moral blow to the socialists, which was greatly aggravated when they sat on the bench and finally the former were convicted of subterfuge and the latter of subterfuge and embezzlement. In addition, the former presidents were accompanied on the legal journey by former advisers, general directors and mayors. The end of the phase of socialist governments coincided with the conclusion of the hearing in late 2018, when both former presidents were questioned by anti-corruption prosecutors and identified as leaders of a conspiracy in the leadership of the board of direct aid to companies linked to the PSOE stand.

4. What were the opposing theses to the facts?

The allegations and the defense of the ERE case had opposing positions on the point called 31L throughout the case. The prosecutor believes that the board’s leadership avoided controlling the interference with public aid, “which has hampered and almost prevented this aid system”. Prosecutors accuse the former senior officials of having known about the irregularities detected by the interveners as early as 2003, but allowing them to maintain “social peace” through “an administrative framework” that allowed them to get help to distribute. without control”, based on funding transfers.

On the other side, the defenses have maintained throughout this period that only a small amount of the $680 million was siphoned off and that the board’s conspiracy thesis was just conjecture with no factual basis. Senior officials have argued that Point 31L has been included in the budget bill approved by Parliament year after year for a decade and therefore a rule cannot be illegal. Lawyers have insisted there is no evidence of approval from politicians who have deemed a pact of silence inappropriate.

5. What is the significance of the Supreme Court ruling and how does it affect the macro cause?

The failure of the political play is essential to the future of the other 139 plays that will end before the High Court after the respective appeals. It will be the point of reference and the playing field in which the pending cases on the remaining subsidies will be clarified, which sooner or later will also have the verdict of the Supreme Court judges. What matters is his view of the fund and whether there was an agreement at the highest political level.

Among other things, the political piece will establish the principle under which convicted politicians cannot be in the separate pieces of aid (principally former councilors Antonio Fernández and José Antonio Viera) as they cannot be tried twice for the same facts. But its moral weight will be even greater as it censors the payment mechanism that runs throughout the macro cause and is present in every piece. Predictably, the lawyers will go to the Constitutional Court for breach of the presumption of innocence, and it will then be necessary to consider whether a possible admission will suspend the sentences of some convicts, including Griñán.

- Advertisement -
Share
Facebook
Twitter
Pinterest
WhatsApp
Previous articlePUBG and World of Warcraft Down Soon: Blizzard’s Battle.net Restrictions Also Announced This Week
Next articleHearing on the extradition of a member of the criminal gang “Los de Monacho” to Colombia for 13 murders was suspended