Playing chess at 100: “You have to train your brain like the rest of your body” 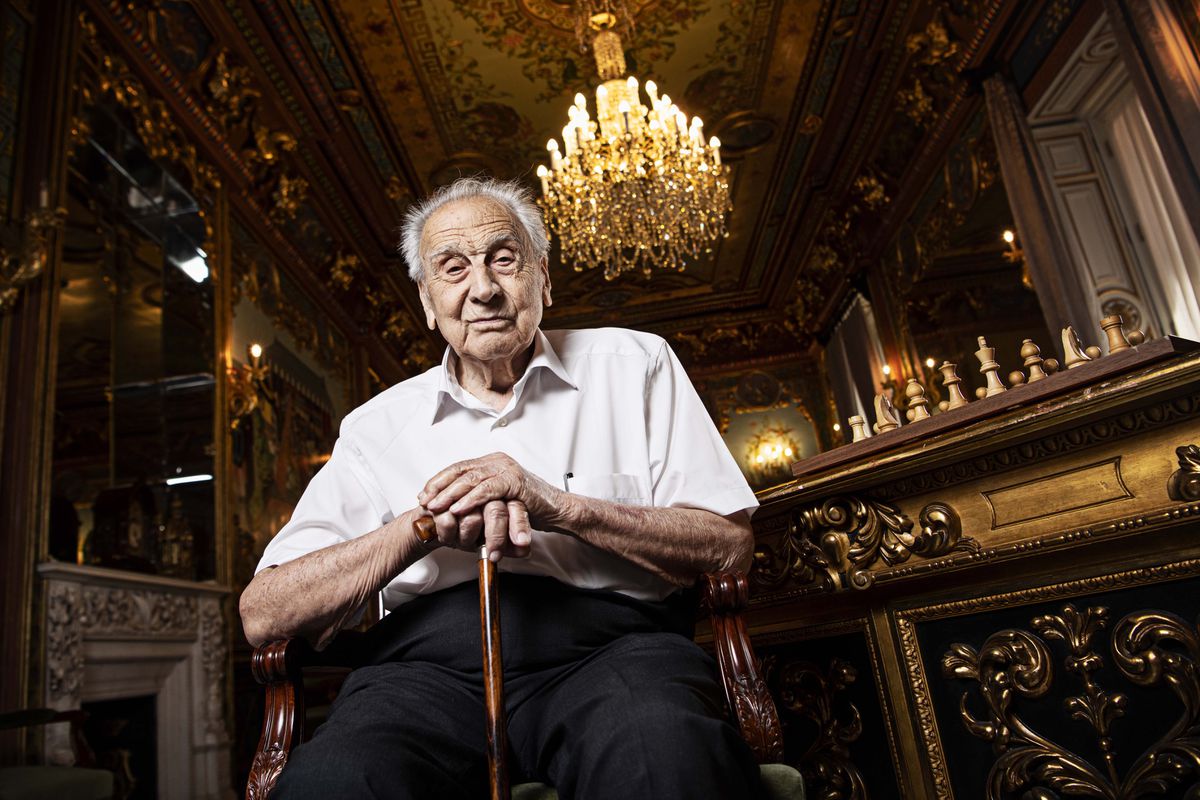 The eight chess stars contesting the Candidates Tournament at the Santoña Palace in Madrid were very impressed this Wednesday when Manuel Álvarez Escudero, 100 years old, kicked off. A physicist and engineer by training, he views chess as a mental gym that allows him to maintain amazing cognitive health. He took part in the last Spanish Veteran Championship in Altea (Alicante). And then, two months ago, he won his last official game with Madrid Veterans.

Answer. Well, in a way the same as when I was 20, but with some difficulties. My eyesight is good but my hearing is not, I walk worse and think worse. But I still value everything, especially the well-being of my children and those around me.

P He thinks worse, but he continues to play chess with a lot of passion after practicing it for 75 years. What gives you to keep occupying a good part of your life?

R In addition to many friends everywhere, which is invaluable because they can be very useful to you in any circumstances, chess teaches you to think right, to think sensibly, it’s a great gym for the mind. For example, I have a friend who has a lot of experience as a school teacher and he has seen students with great difficulties in math overcome them after becoming chess players. On the other hand, I think chess also taught me to understand that things that seem simple are sometimes very complex; and on the contrary, it also teaches you to see complicated situations clearly.

P Do you give your excellent sanity to constant chess training?

R Yes, maybe there is something genetic as well, but chess undoubtedly has a lot to do with it. It’s about training the brain like we train the rest of the body. For example, before the pandemic, I could walk to avoid missing a bus, but now I can’t because I didn’t walk much during the pandemic. And so now I try to lean on someone when I walk.

P Have you played chess during the pandemic?

R Neither, but I spent a lot of time watching TV shows that made me think, like documentaries or brain teasers. And I think that has helped me maintain my sanity. I remember going without chess for 20 years during my moonlighting, but then I got it back quickly. I hope I can do the same now, I feel like I’m playing a little bit better every day, although I still have a long way to go to reach the level of two years ago.

P I assume that meeting the world champion Alexander Alekhine (1892-1946) will be something special among his countless memories.

R Yes of course. He was a truly amazing man because although he was already drinking heavily at the time, in his forties he was able to play simulcast shows blindfolded. And he continued to live chess with great passion. I met him in 1946 at a Spanish championship qualifying tournament when he was coaching child prodigy Arturo Pomar (1931-2016). Alekhine suffered a lot because Pomar didn’t see a winning idea in a crucial game, and when he finally saw it, Alekhine jumped for joy. A few months later, Pomar was the absolute Spanish champion at just 14 years old.

P How do you see the world today?

R I think it has changed as much or more in the last 25 years than in any other period in history. He did it in geometric progression. I remember the computers I used when I worked in Social Security’s IT department. I compare them to today and they seem to be two different worlds. The contents of this massive tome fit on a cell phone today.

P And is this meteoric development good or bad?

R It is good when used well to improve people’s lives. But if it’s used for war or to screw up other people’s lives, it would be better if it didn’t exist.

P What do you spend your time besides chess?

R I’m still smart I guess because of my engineering background. I recently created a donut maker.

P Shortly before you were born, another Spanish engineer, Leonardo Torres Quevedo (1852-1936), was already one of the world’s most brilliant inventors. In Spain, however, hardly anyone knows him.

R Effectively. Among other things, Torres Quevedo invented remote control, zeppelin balloon technology, and a machine that played chess and perfectly checkedmate rook and king against king alone. It’s a clear example of how badly we treat science in Spain, where a footballer is paid far better than a good surgeon. If he had been German, for example, he would be a national star. I remember they gathered 500 engineers in Germany and encouraged them to come up with ideas because surely at least one would be good. That’s why they thrived so much and we didn’t.

- Advertisement -
Share
Facebook
Twitter
Pinterest
WhatsApp
Previous articleElections in Athletic Bilbao: Barkala, Arechabaleta and Uriarte, three candidates for the throne of Ibaigane
Next articleStudies by Duro Felguera call for more funding amid war in Ukraine and conflict with Algeria