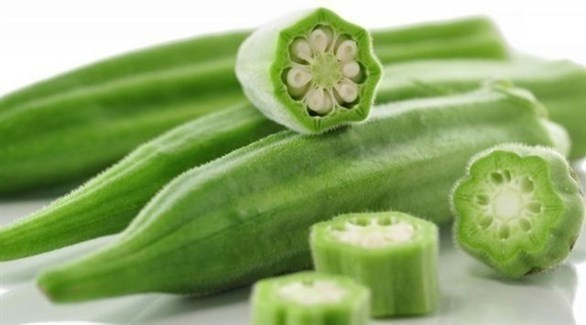 Scientists in the United States announced Tuesday that the use of okra or other sticky plants can filter microplastics from wastewater without using synthetic products.

Their findings, presented at the American Chemical Society Spring Conference, could offer an alternative to the use of chemicals in wastewater treatment plants, which pose health risks.

To filter out these and other elements, “we need to use natural, non-toxic materials,” lead researcher Rajani Srinivasan of Tarleton University in Texas explained in a video.

Okra is widely used in various recipes, particularly in West Indian, Louisiana, or South Asian cuisines. Having studied the ability of these types of plants to clean the water of contaminants of textile origin, Rajani Srinivasan focused on the application of microplastic particles, which do not exceed five millimeters in length, which harm fish by interrupting their reproductive system or its growth.

Microplastics come from the enormous amount of plastic produced since the 1950s, estimated at 8 billion tons, of which only 10% has been recycled. The rest is scattered throughout the world, from oceans to rivers, in the air and even in food.

Sewage treatment plants typically remove them in two stages, keeping what floats to the surface and then allowing chemicals to collect the rest to form clumps that are easy to filter. But these substances can break down into other toxic substances.

So Rajani Srinivasan and colleagues investigated the ability of more accessible plants like okra, aloe vera, fenugreek, tamarind or psyllium to compensate. The tests were carried out with extracts from one or more plants, in water contaminated with microplastic particles.

Ultimately, the researchers concluded that a mixture of okra and fenugreek extracts was the most effective in salt water, and that an okra and tamarind variant was the best solution in fresh water.

And it turns out that the natural compounds derived from these plants are at least as effective, if not more so. Plant products are considered non-toxic and can already be used in wastewater treatment plants in their current state.

Researcher Rajani Srinivasan hopes to eventually be able to commercialize the process to allow greater access to clean water.