Plane crashes in China with 132 people on board 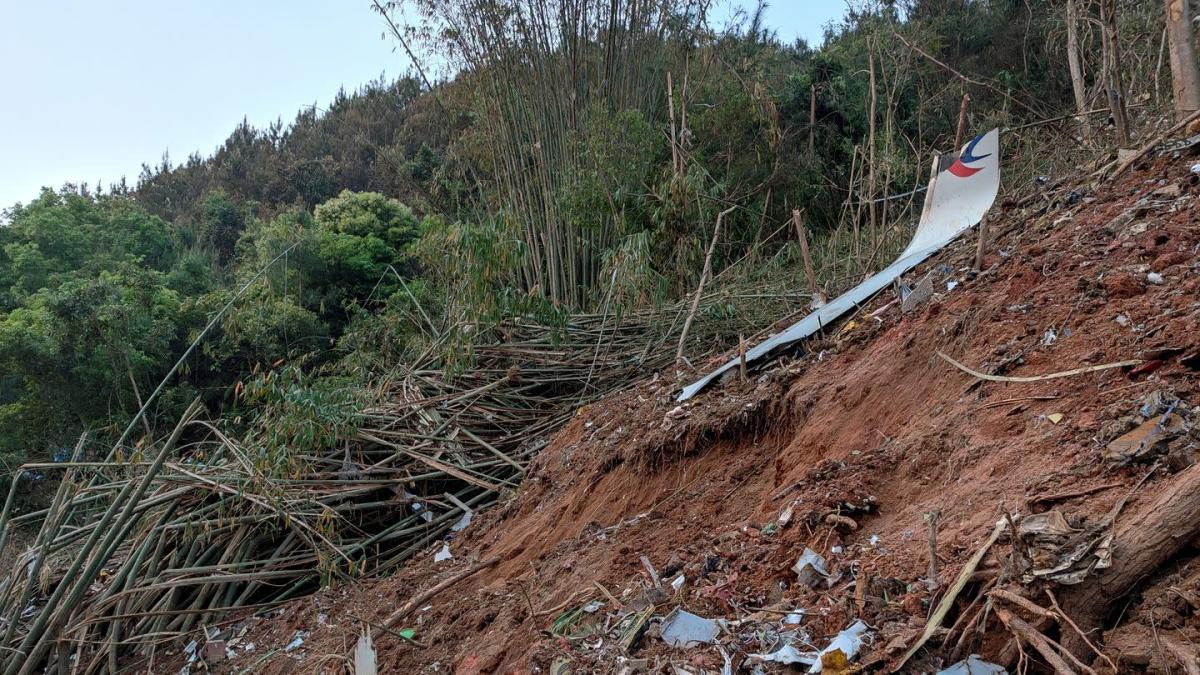 On board were 123 passengers and 9 crew members. Without naming the exact number of victims, the airline said: “The company expresses its deepest condolences to the passengers and crew who perished in the plane crash!”

High cloud of white smoke in the hills

The accident occurred in a remote mountainous area near the city of Wuzhou in southern China’s Guangxi region. The plane, flight number MU5735, was en route from Kunming in Yunnan province to Guangzhou in Guangdong province. Several hundred firefighters, rescuers and villagers were deployed. There were no reports of survivors. There were no foreigners on board, state television reported. As night fell, the rescue efforts became more difficult.

Videos circulating on the internet in China show a tall plume of white smoke rising from the hills where a forest fire started. Scattered debris was also shown, which neighbors filmed with cell phones. Two videos surfaced showing the machine falling headfirst to the ground. The authenticity of the videos could not be confirmed. Villagers reported that there were small pieces of debris everywhere. Clothes were also hanging from the trees.

There has been speculation about the cause of the sudden accident. “Even if the two engines of the Boeing 737 failed at the same time, it would be impossible to fall at that speed because the plane could still slide a certain distance,” an expert was quoted as saying by state media.

An eyewitness named Li told the Hongxing Xinwen news site how he was driving the car and suddenly saw the plane crash. “It was a complete plane, without smoke or fire, going down steeply.” The crash site is about 300 kilometers west of Guangzhou.

China’s head of state and party leader Xi Jinping called on the airline to properly deal with the consequences of the accident and investigate potential dangers to air traffic, state television reported. China Eastern Airlines immediately ordered all Boeing 737s in its fleet to land first.

Villagers reported from the crash site that the plane was “completely destroyed,” according to the Jimu Xinwen news site. Following the crash, a forest fire developed in an area of ​​four hectares, but was later extinguished.

The last big accident happened in 2010

At Guangzhou airport, six family members waited in vain for flight MU5735 with no news. “Something like this hasn’t happened in years,” an airport employee said, according to the Jiemian Xinwen news site. “We also don’t have any specific information. Just what’s in the news.”

The husband of a 34-year-old stewardess who was traveling first class on the flight also received no information. Worried and exhausted, Mr. Rong said, according to the “Xiaoxiang Chenbao” newspaper, that he had called his wife just before leaving. “She said they’re going to pick him up.” When he found out about the crash on the Internet, he realized it must have been his plane. “The airline tells us that her information is the same as on the Internet.”

The machine was a Boeing 737-800NG, said to be nearly seven years old. A few minutes after the first reports of the crash, the status of the flight changed to “crashed” on a mobile travel app. The airline itself changed the colors to black, white and shades of gray on its website to express its sadness.