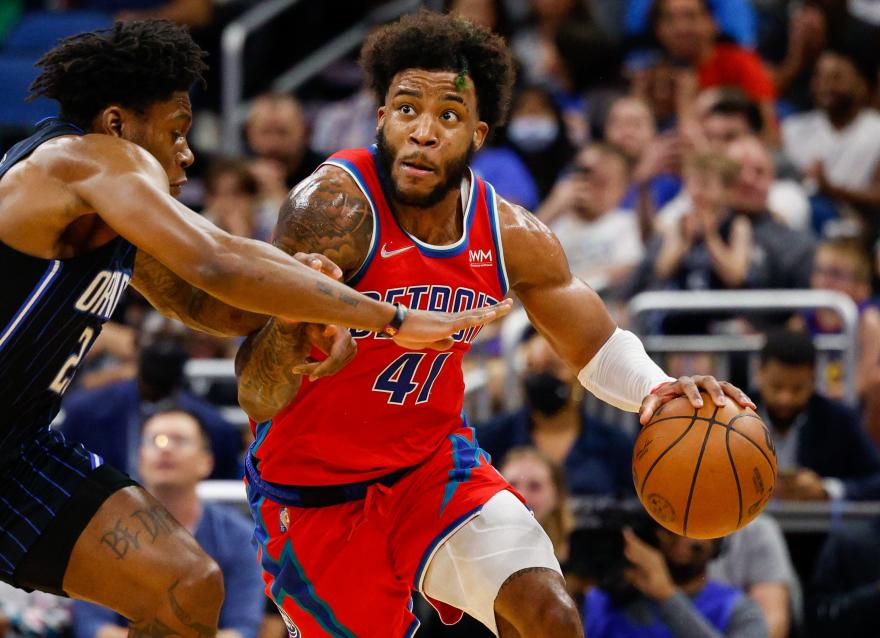 He then stole Mo Bamba’s tackle pass, passed it to Cory Joseph and received the ball back. Everyone at the Amway Center knew that Bey was shooting a 3-pointer. The Orlando Magic couldn’t react in time, and Bey splashed it with a few seconds to spare.

The reaction of the Detroit Pistons reserves said it all. Thursday night was all Bey. It seemed like every shot he took was bound to go in. During a game in which the Pistons were without their top two scorers (Jerami Grant and Cade Cunningham), Bey filled the void, and then some.

Bey was electric from the start, scoring 30 in the first half on 10-for-15 shooting. It was clear that he was destined for a big performance after the first period, with 21 points.

The Pistons led by double digits throughout the fourth quarter and led by 17. But Bey entered the period with 36 points, so the coaching staff allowed him to play nearly eight minutes to extend the night of his career. He broke the 50-point threshold with eight seconds remaining, was fouled and knocked down both shots as his teammates, and a healthy gathering of Pistons fans, cheered him on.

Bey is the first Piston to score at least 50 points since Blake Griffin accomplished the feat on Oct. 24, 2018, and the seventh player in team history to do so. Bey’s performance overshadowed an overall strong game by the Pistons as a whole, as they shot 50% from the floor and knocked down 20 of 43 3-point attempts to snap a four-game streak.