Pinocchio in Mussolini’s day or the war between bears and unicorns: animation is delivered to adults 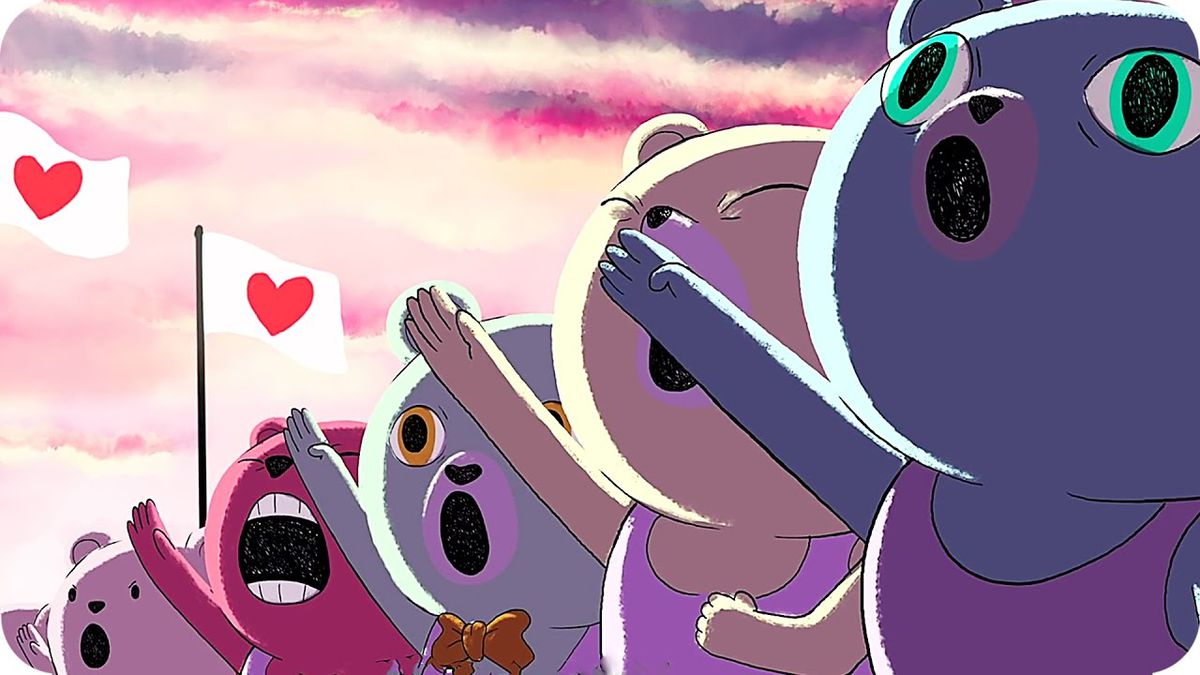 The diary of a woman going through various abusive relationships; the voices of the undocumented in the United States; a fight to the death between bears and unicorns that can easily be linked to the invasion of Ukraine; a Pinocchio coming to life in Mussolini’s Italy… Animation as a technique for telling adult stories is beginning to take hold in the imaginations of viewers and last week’s participants Annecy Festival (France), the world’s most important event for animated films, can confirm this. As Mickaël Marin, the director of the event, assures, the 13,000 participants united in a single goal: “Bring animation where it deserves”.

And this place, which he deserves, as del Toro said loud and clear during his presentation Pinocchio for Netflix, it is comparable to real-image cinema, as another technique of cinematographic narrative. Farewell to drawing as a synonym for children’s or family genre. Among the examples that will gradually come to the cinemas, My love affair with marriageby Signe Baumane (on abusive relationships); home is somewhere else by Carlos Hagerman and Jorge Villalobos (immigration) or the Spanish unicorn wars, by Alberto Vázquez (Unicorns versus Little Bears). The Annecy competition had much more to offer: animation has grown up and found its adult voice.

“Animation is for everyone, children, adults, geeks and culturetas,” stressed Vázquez, currently the leading Spanish animation writer and winner of three Goya Awards for short films bird boy Y Decorated and for its length psychonauts, the forgotten children, and with more than a hundred international awards in its curriculum. His second feature film unicorn wars, is an epic anti-war punk with overtones of Apocalypse Now!, Bambi and the Bible, As the author likes to repeat, he is aiming for a long career with a budget of little more than three million euros. “Now the film has a life of its own, but I’m very proud of my son and when you’re happy he sees everything very well,” he proudly confirmed as he drove through Annecy. It will be released in Spain in October.

That doesn’t mean that Vázquez, who is also a comic artist and graphic artist in numerous media (including EL PAÍS), doesn’t see the shortcomings of the Spanish industry. The most important: this animation is still not considered strategic. “This year, eight Spanish animated films of all kinds will be released. A great year as there are usually only three or four and almost all for family audiences. There is a lack of more in-house production and, above all, more variety. We need more author looks. And more support as an industry.”

Vázquez sees himself as an author with “a slightly mongrel take on animation” as he learned everything he knew about the medium on the fly in Galicia and formed a team of cartoonists who, like him, came from other media. To the unicorn wars It took 12 years of gestation to produce a comic and its subsequent adaptation into a short film (unicorn blood) until they explode into a cinematic universe of bright colors and brutal violence between unicorns and teddy bears unicorn wars. An anti-war film that ironically hits screens in times of war. “I don’t like coincidences, but maybe now the film can be read twice because it’s still an anti-war story, telling the origin of all wars,” he summarized in Annecy, where over six days more could be seen of 500 productions in all formats and all animated techniques from 109 countries.

Why narrate this content in animation? In the case of Vázquez, because he likes contrasts, he plays with anthropomorphic elements, children’s icons, as he uses them in the film to tell a story that transcends cultures and borders. The French co-production has already been sold in Japan and is preparing to arrive in the United States. Tickets at Annecy sold out within minutes of going on sale.

Vazquez is not alone. “Animation is a graphic metaphor for reality,” summarizes Hagerman, co-director of home is somewhere else He likes to use this technique to bring his content on immigration issues to a younger generation. In the case of Baumane, the answer is why not. “I see animation as an art form, an abstraction that allows me to tell my stories. I’m thinking of animated images, but I also think it’s a great way to tell more complicated ideas in a more accessible way. And give them humor, because I’m one of those guys who thinks it’s better to die if you don’t laugh at life. Although, as Vázquez points out, there is no elitist desire behind these animated productions for all ages, not necessarily children. “What I really wish for unicorn wars is that it has visibility. Because we make films to be seen, not to be the crazy ones.”

More than 500 productions in all formats and all animation techniques from 109 countries met in the French city for six days. It has been the mecca of animation since the 1960s, but now, with a record number of more than 13,000 visitors, it is considered the most important event in France after Cannes.