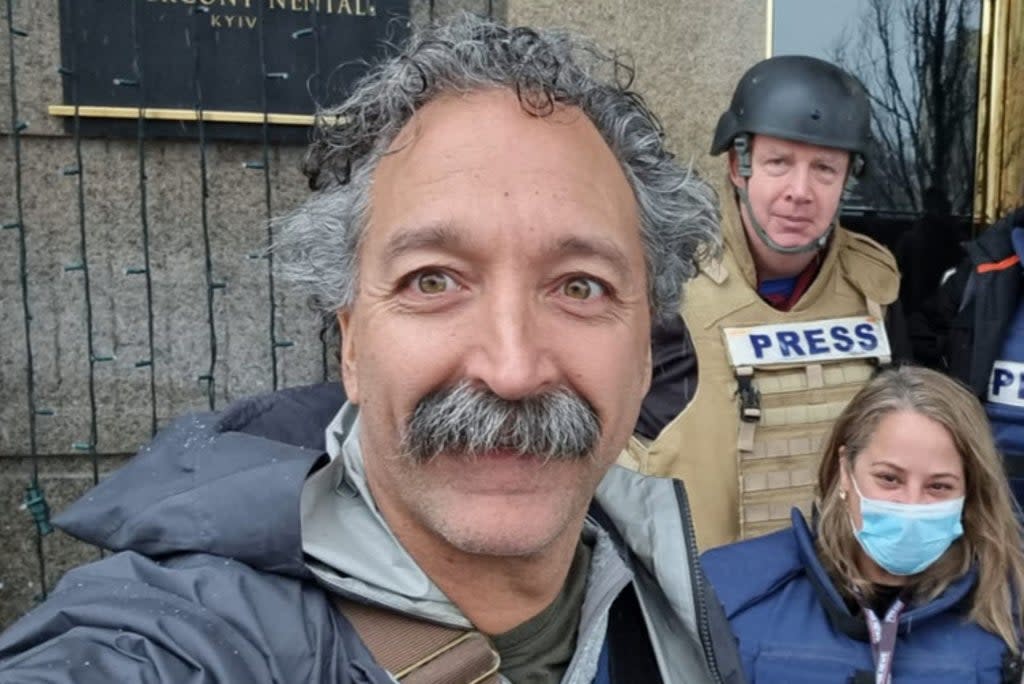 Fox News cameraman Pierre Zakrzewski was killed in Ukraine in the same attack that wounded the network’s correspondent, Benjamin Hall.

In a statement, Fox News CEO Suzanne Scott confirmed the cameraman’s death, just days after Bret Renaud became the first journalist to die during the conflict.

It read: “It is with great sadness and a heavy heart that we share this morning’s news about our beloved cameraman Pierre Zakrzewski. Pierre was killed in Horenka, outside kyiv, Ukraine.

“Pierre was with Benjamin Hall yesterday gathering news when his vehicle was hit by incoming fire. Pierre was a war zone photographer who covered nearly every international story for FOX News from Iraq to Afghanistan to Syria during his long tenure with us.

“Her passion and talent as a journalist were unmatched. Based in London, Pierre had been working in the Ukraine since February.

Hall, 39, was injured and remains hospitalized. The journalist, who has dual British and American citizenship, has worked for Fox News since 2015.

The news comes just days after the death of video journalist Bret Renaud, who was fatally shot in the city of Irpin on Sunday.

Renaud, a former New York Times freelancer, had been attempting to film refugees fleeing the city.

Ukrainian President Volodymyr Zelensky paid tribute to Renaud in a letter to his family.

“I extend my deepest condolences to the family of Brent Renaud, who lost his life while documenting the cruelty and evil inflicted on [Ukrainian] people for Russia,” Zelenskyy wrote in a statement posted on Twitter.

“May Brent’s life and sacrifice inspire the world to rise up in the fight for the forces of light against the forces of darkness,” he continued.

Clifford Levy, deputy managing editor of the New York Times, said he had not been on assignment for the paper at the time of his death, but said he was “saddened” by the news.

“Brave journalists like Brent take tremendous risks to bear witness and tell the world about the devastation and suffering caused by the Russian invasion of Ukraine,” they added.

Jane Ferguson, a PBS Newshour reporter who was nearby, said: “Outraged Ukrainian police officer: ‘Tell America, tell the world what they did to a journalist.'”