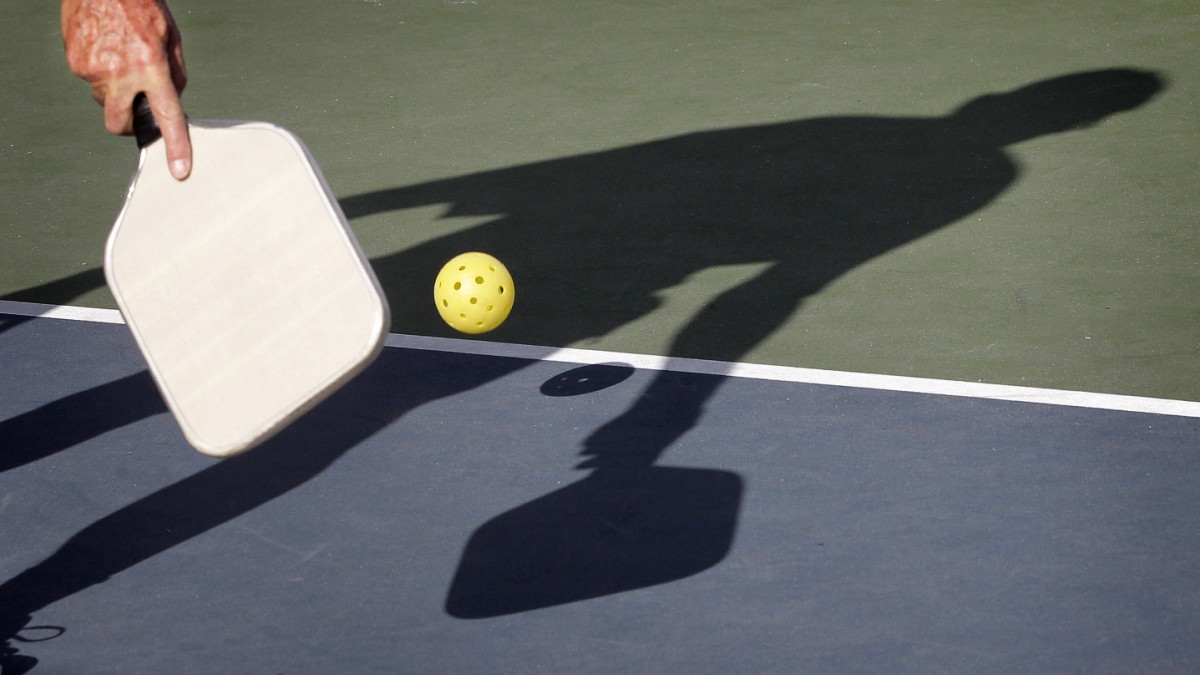 How many net racket games does the world need? One more thing. Pickleball could be translated as “sour pickle ball,” but here you’re not hitting pickles back and forth, but a neon yellow perforated ball made of hard plastic. It looks like it was peeled from radioactive Emmental cheese. During flight, air whistles through it, which aerodynamically works like a brake. “The speed is usually a third of the average speed of a tennis ball,” writes the pickleball department of the Berlin sports club TSV Spandau 1860 in the info sheet for their Friday pickleball training session.

Pickleball is a slower sport, so it’s much friendlier to the cruciate ligaments and menisci than tennis or squash. That explains much of the appeal. The sport was invented more than 50 years ago in the US, in Florida, where the first fans were soon found: in the state’s retirement resorts. So there, where you usually play bingo, so your head doesn’t rust. The first German clubs were founded in 2013. A German Pickleball Bund e. V. has also been around since 2017 and now has more than 55 clubs.

“Pickleball is a great sport for the whole family,” says Silke-Angelika Schaudig. The 58-year-old hosts training sessions in Spandau every Friday night. As a player, he has competed in several championships. Schaudig emphasizes that Pickleball is not really a competitive sport, but rather a relaxed one. A sport where the focus is on the joy of playing together. In Spandau, people have been playing since 2014, on fields the size of badminton, with nets the size of a tennis net, and with hard plastic rackets reminiscent of table tennis bats (and a bit like paddles at the same time). weather).

Even once highly competitive tennis pros now rave about Pickleball. Steffi Graf, 52, said in an interview a few months ago Gala, Pickleball is her new favorite sport: “It’s easy and quick to learn. Even our daughter, who is athletic but not much into ball sports, really likes Pickleball. And it’s also much easier for my husband and me, when the body squeezes again.” Yes, even the former number ones in the tennis world rankings are just people with worn out bodies. It’s kind of a good idea: how Graf and her husband Andre Agassi, also 51, talk about her little ailments and then say, “Oh come on, let’s have a round of pickleball!” Even Hollywood stars like Leonardo DiCaprio and George Clooney aren’t averse to a game, you know. vanity fair very excited to report.

Pickleball is primarily played in doubles. Couples who are friends like to compete with each other at Florida retirement resorts. Too much ambition only strains relationships, so shooting yourself is frowned upon. You still want to toast at dinner! As always, there are exceptions, or rather: Of course, among the 4.8 million people who, according to the US Pickleball Association, like to play the sport in the US, there are also some they are ambitious. Among them is Rick Barry. The 77-year-old former basketball professional is two meters tall and is a member of the “Basketball Hall of Fame”. He has no cartilage left in his arthritic knees and he was in a wheelchair for three months after a bicycle accident. You can still play pickleball, Barry wants to be champion in his age group!

At the same time, the sport seems to attract younger people who have not made it to the top of tennis. Among the most famous players in the US are Lucy Kovalova and Tyson McGuffin. She was once on the junior national tennis team in her native Slovakia, he is the current American pickleball champion and also played tennis before. Are pickleball players like the violists in the netball sports orchestra?

However, there is not much evidence of excessive ambition at Spandau. Children as young as five years old play here along with women in their 60s. The oldest pickleball fan in the club is in his 80s, says Silke-Angelika Schaudig, the gender ratio is balanced. Coach Annabell Tröndle, 34, explains the rules and they are not as simple as you thought. For example, she is only allowed to step into the front area of ​​the playing field, called the “kitchen”, when the opponent’s ball has already been served there. Pickleball can be relatively relaxed physically, but the top hat has to work as the ball flies towards you with that sound somewhere between the sharp ping-pong of table tennis and the crisp two-mp-two-mp of the ball. of tennis Think: bingo, but with movement.