Phillies, Dombrowski have had a less than encouraging start to spring training 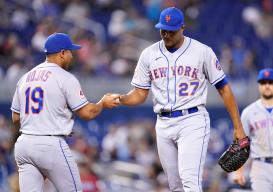 The Phillies’ spring training needs to get better because it’s hard to imagine things starting any worse.

Reports surfaced Sunday that the Phils were negotiating the return of embattled center fielder Odubel Herrera, prompting multiple people to say the two sides reached a deal on Monday. Oh!

Ignoring for a moment Herrera’s 85-game suspension due to domestic violence allegations in 2019, he’s just not a very good MLB player. Although he hit .260 in 450 at-bats last season, Herrera’s on-base percentage was only .287 as a leadoff hitter. Factor in his baserunning and fielding errors and it’s fair to say that Herrera is not a winning baseball player.

Even if Herrera signs for the minimum, it’s a poor move and an indictment of the Phillies’ poor MLB drafts and inability to develop players. Former No. 1 overall pick Mickey Moniak probably will never start at this level and Adam Haseley (No. 8 overall in 2017) might not be either.

And did we mention that MLB suspended Familia for the first 15 games of 2017 due to domestic abuse allegations?

The bullpen clearly needs help after blowing 34 saves in 2021. A year ago, Dombrowski gave veteran Archie Bradley a one-year, $6 million deal. Bradley’s 3.71 ERA wasn’t bad, but it ended up being his worst since 2017 and his .179 strikeout rate was the lowest since his rookie season in 2015. Bradley, 29, is a free agent.

The Phils appear to be counting on Corey Knebel, whom they signed to a $10 million, one-year deal) to be the closer. Knebel recorded 55 saves in 2017-18, but only three in the last two years after missing the 2019 campaign due to Tommy John surgery. José Alvarado, Sam Coonrod and Connor Brogdon of Philadelphia are among the candidates for seventh- and eighth-inning roles.

Dombrowski seems to be desperately looking for bargains to address the numerous holes in the team’s roster, but this is not the way to do it.

While I understand that the market for impact players like third baseman/left fielder Kris Bryant and left fielder Kyle Schwarber is competitive and it could take time to determine where they end up, moves like these aren’t going to excite the fanbase or make the Phillies a more legitimate playoff contender.

And, yes, Dombrowski has work to do in left and center field, as well as perhaps third base and shortstop. While you won’t be able to upgrade them all with just over $40 million left before you hit the $230 million luxury tax threshold, which it looks like Dombrowski again won’t be allowed to exceed, I’d rather add Bryant or Schwarber and the bunch. 25-year-old Matt Vierling with Haseley in center field bringing Herrera into the mix.

Looking for field openers: The Phillies need two starting outfielders in 2022, but who can they get? And when?

For subscribers: Can the Sixers win a title with James Harden? Here’s how other teams fared after deadline deals

Without reinforcements, young Bryson Stott and veteran Didi Gregorius could compete for the shortstop job, with Alec Bohm and free-agent signing Johan Camargo (one year, $1.4 million) deciding who plays third base. Gregorius and Bohm are coming off completely disappointing seasons.

A player with a ceiling as low as Herrera shouldn’t have a chance for the Phillies to improve in their forgettable 2021 campaign. And I’m also not optimistic about how much Familia can contribute to Joe Girardi’s club.

This article originally appeared in the Bucks County Courier Times: Phillies, Dombrowski not off to an encouraging start in spring training