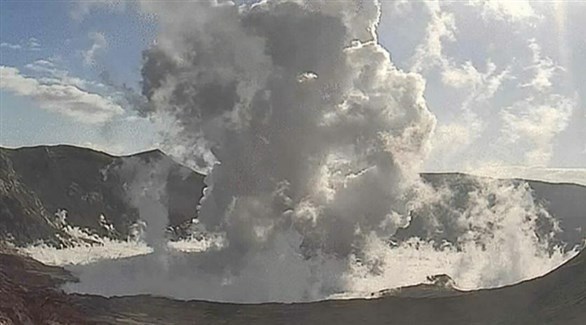 Philippine authorities on Monday urged thousands of residents who fled the Taal volcano eruption over the weekend not to return home, despite the temporary inactivity of the eruption.

At least 5,693 residents of vulnerable villages in the towns of Agoncillo and Laurel have fled their homes since the weekend, said Leto Castro, head of the provincial disaster agency in Batangas.

“We continue to advise the affected villages to remain empty,” said Renato Solidum, director of the Philippine Institute of Volcanology and Seismology (Phivolcs).

In the last 24 hours no volcanic earthquake was recorded and the activity of the volcano was “mainly the eruption of hot volcanic fluids in its lake, which sent columns 1,000 meters high”, reported the Phivolcs Institute.

The institute added in its daily bulletin that the “Taal” volcano advisory is still at the third level, “which means there are molten rocks in the main crater that may lead to more eruptions later.”

Solidum said the stillness of Taal’s eruption was “extremely surprising”. “Sometimes it can mean that it’s just a moment of silence, and there are still more explosions that we have to prepare for.”

Of note, the volcano area is very popular with tourists due to the picturesque views of the crater lake, and the volcano is the only known volcano in the world to be located within a lake in the heart of an island.

The last major eruption of the volcano was in January 2020, which displaced more than 376,000 people.

39 people died from illness while in evacuation centers and accidents caused by heavy ash fall.